Previously at Storfallet, Britta worked her spa and gym to level 4 with the help of her faithful employees Zeeshan and Tilda. Robin died at the age of 78. Konrad reached the Knowledge IW and started flirting with Christel Garpheden. Kerstin saw the ghost of Robin and was pleased. 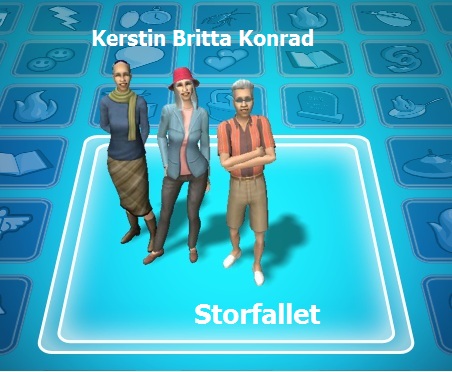 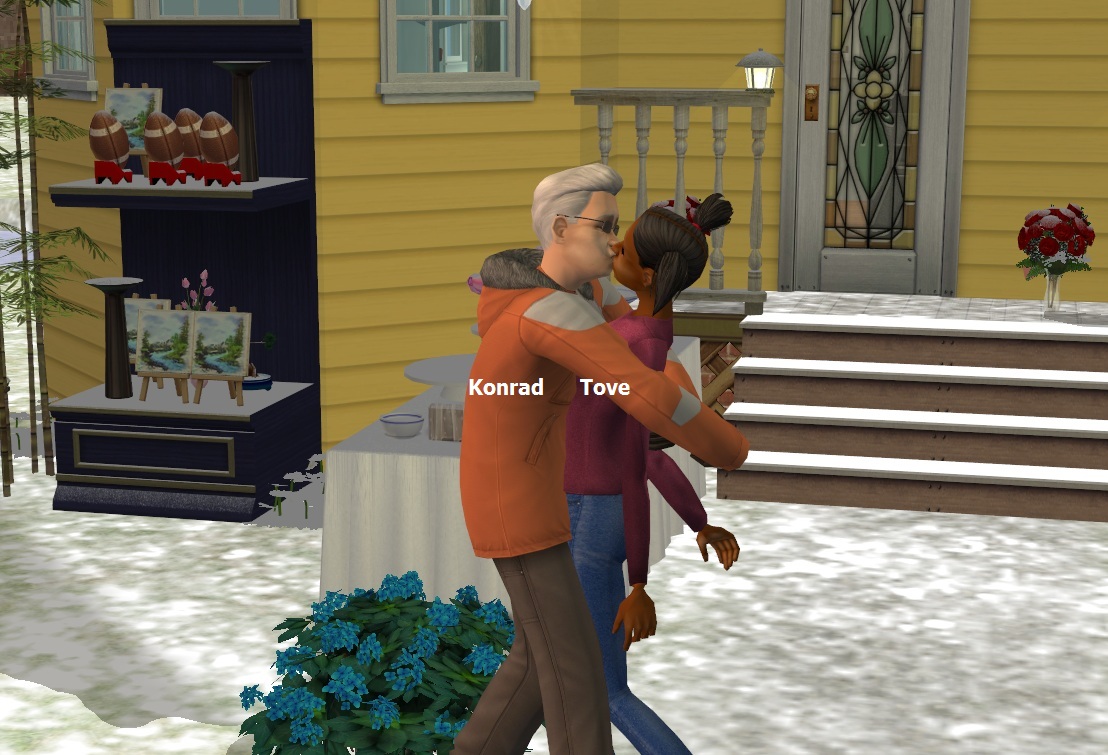 Konrad has a special way to greet his friends. 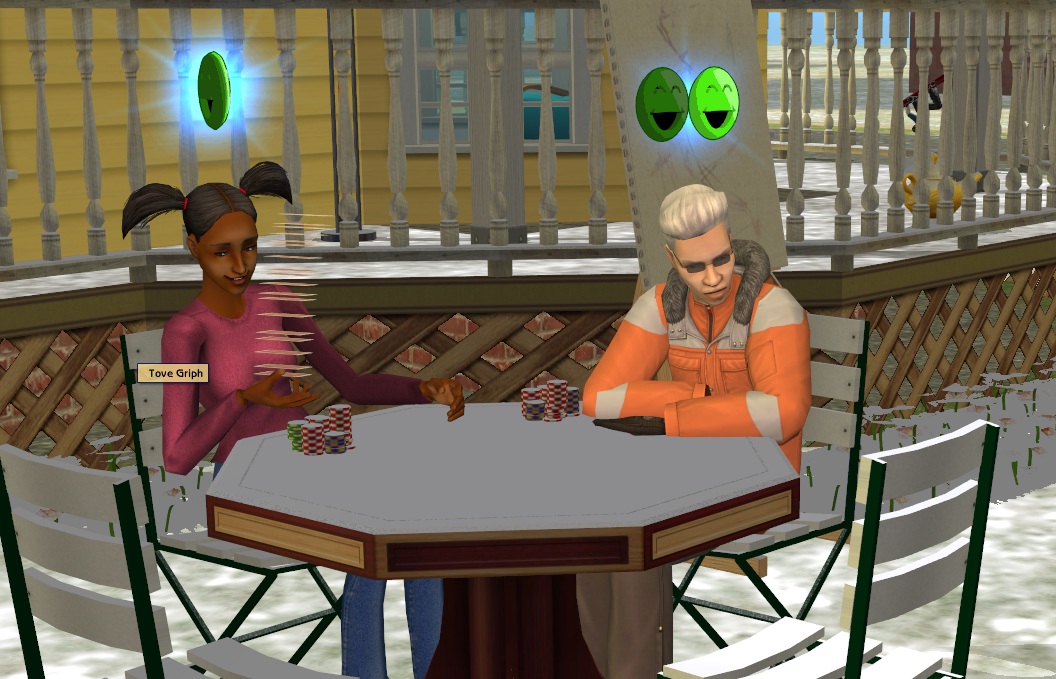 At least they are friends now! 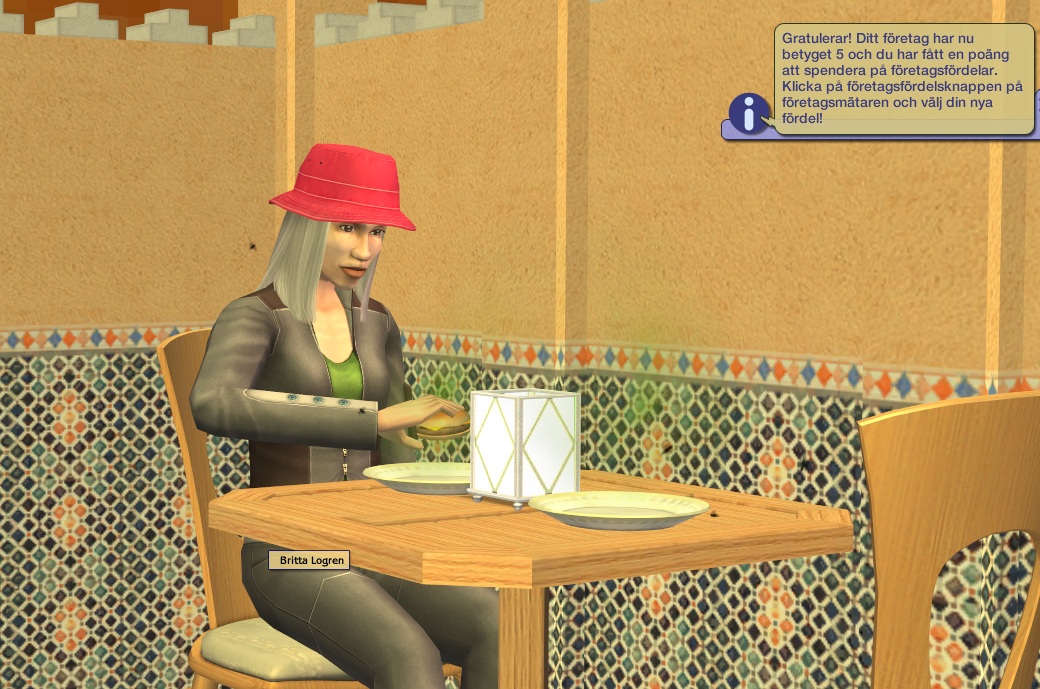 While Britta takes a break to eat a rotten hamburger, her gym reaches level 5 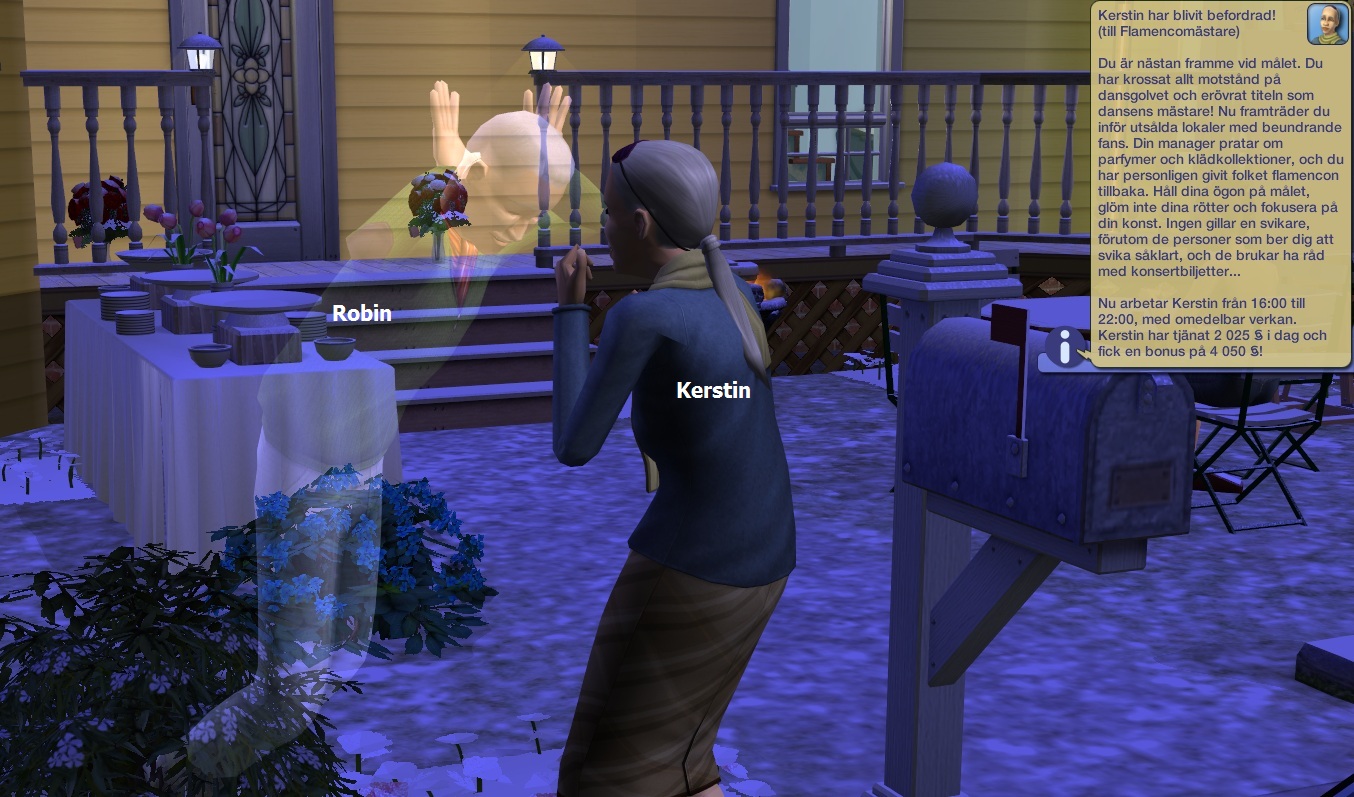 Kerstin gets promoted to Flamenco Master and gets a welcome scare from Robin Logren, Britta’s late husband. 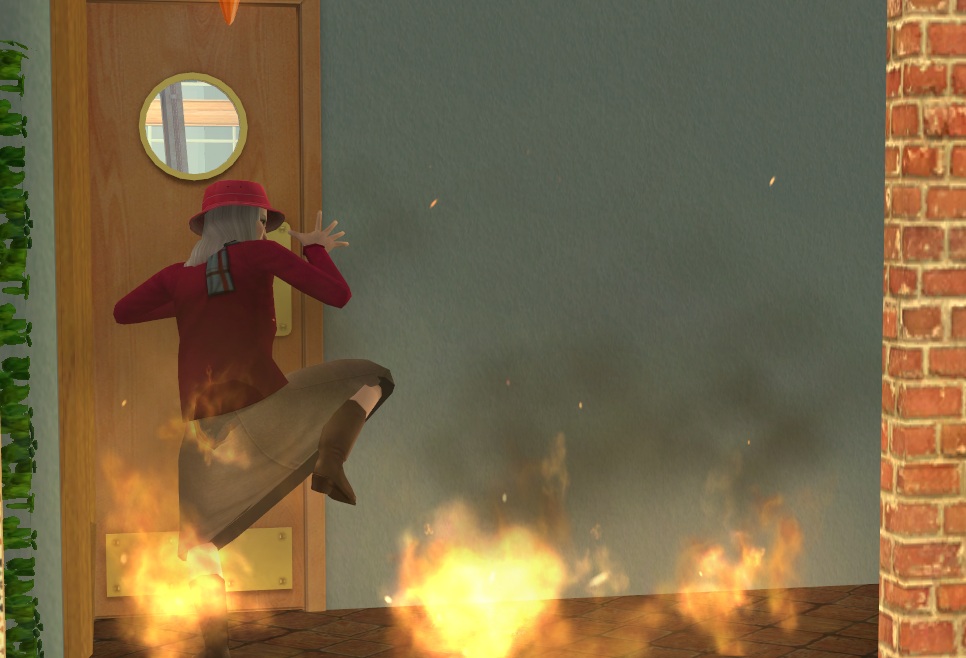 The next day at the gym, the barbecue catches on fire and Britta is panicking too much to call the fire department. It ends with her catching on fire herself. 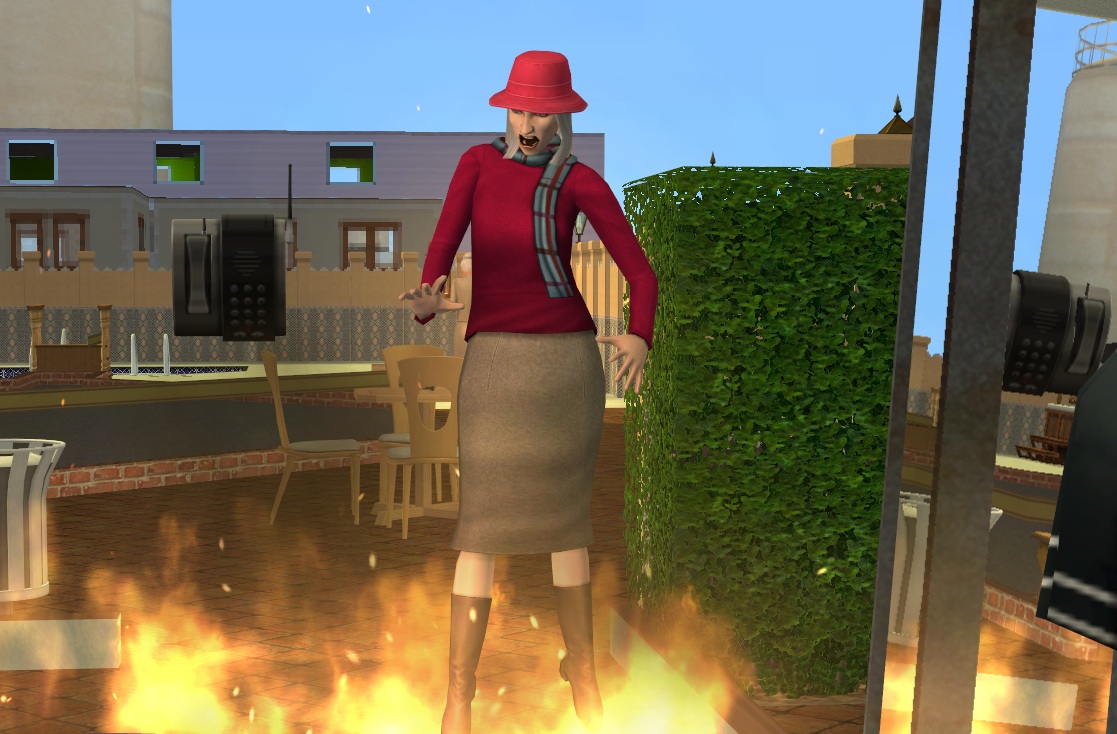 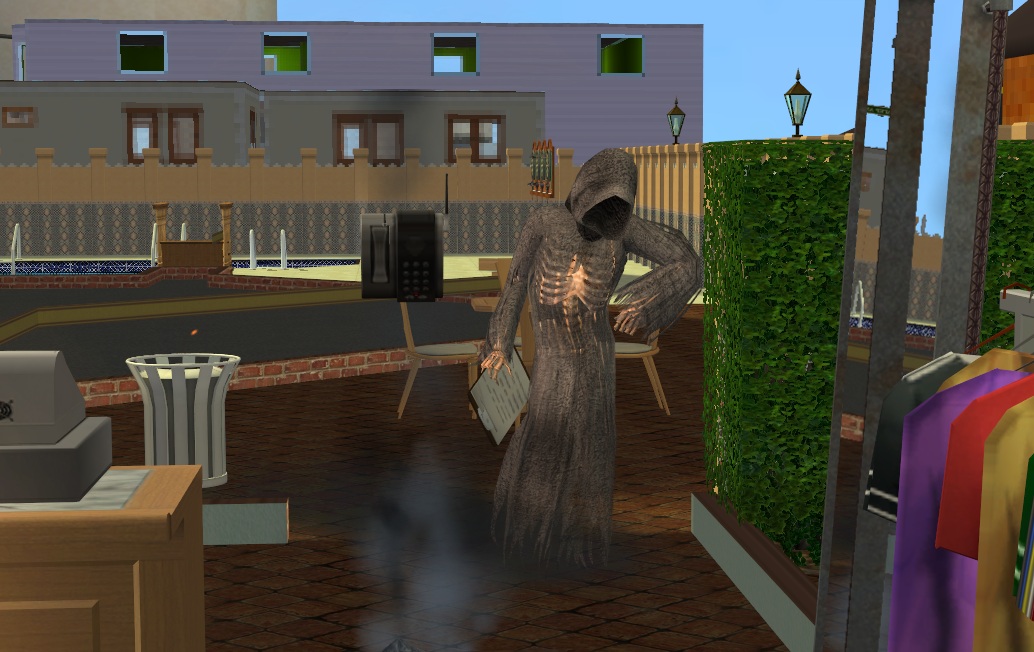 Britta dies on March 10th ’89 at age 71. She’s got no living relatives, so the gym is transferred to Konrad. 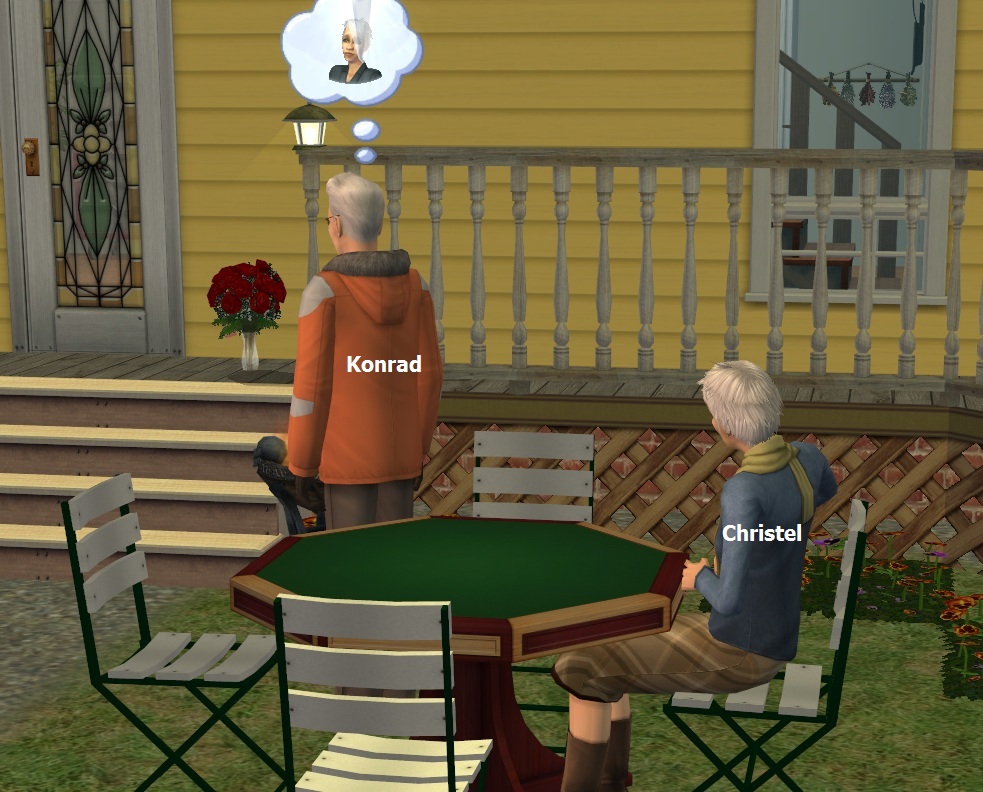 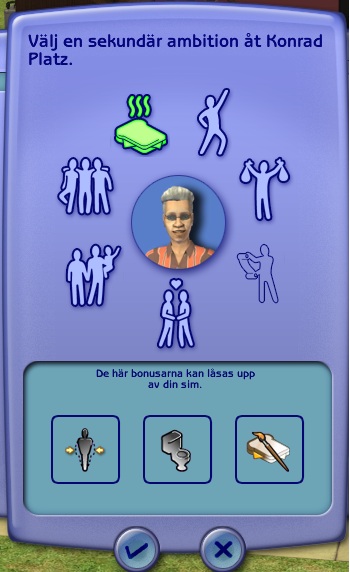 At least that gives him enough aspiration points to choose a secondary aspiration of Grilled Cheese, just like Kerstin. 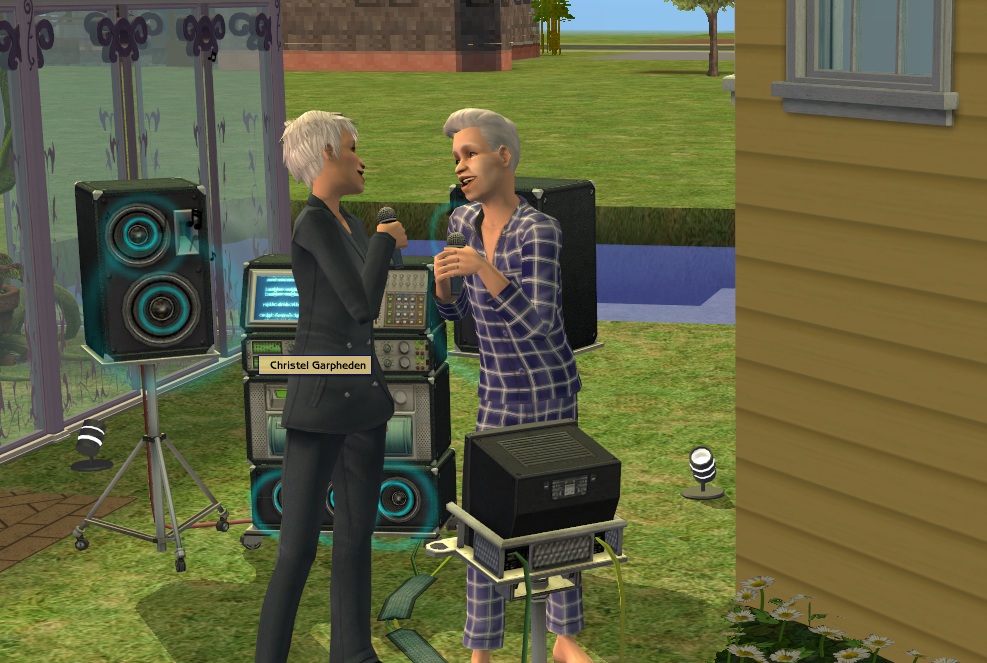 It doesn’t help his relationship, though, he continues to roll wants for Christel all the time. 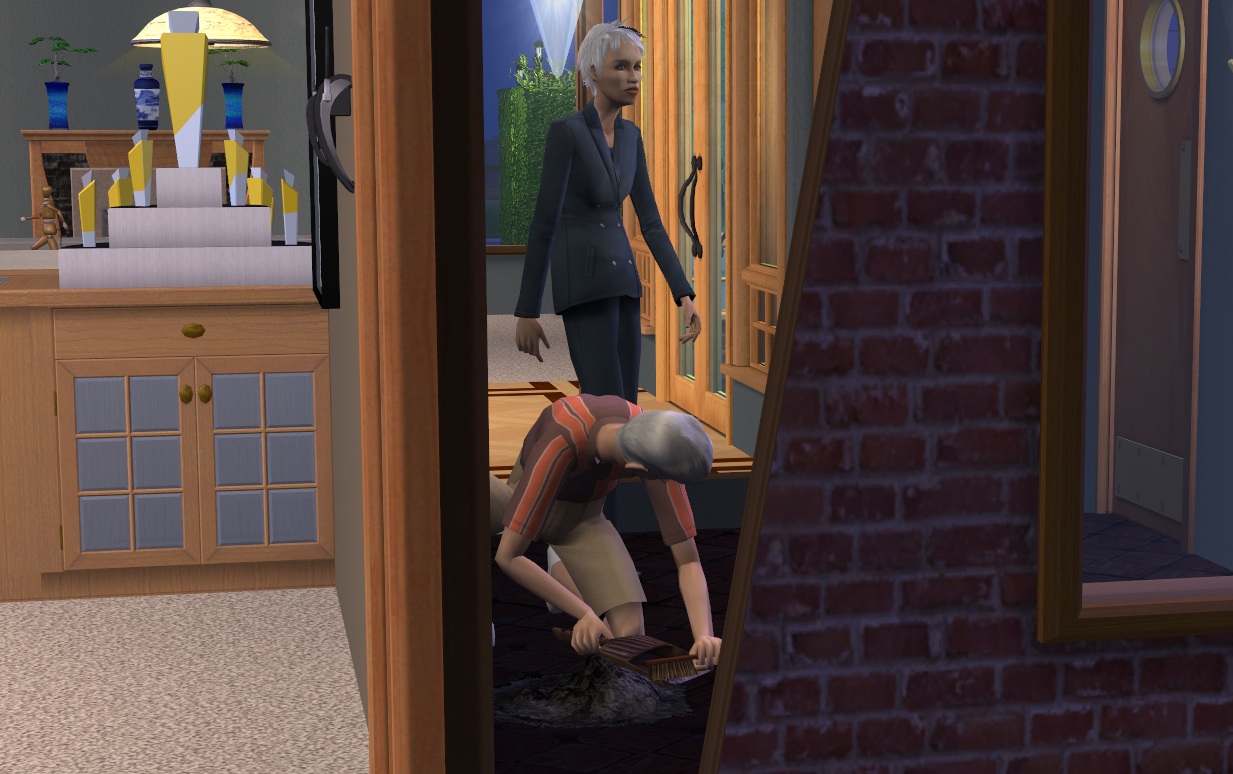 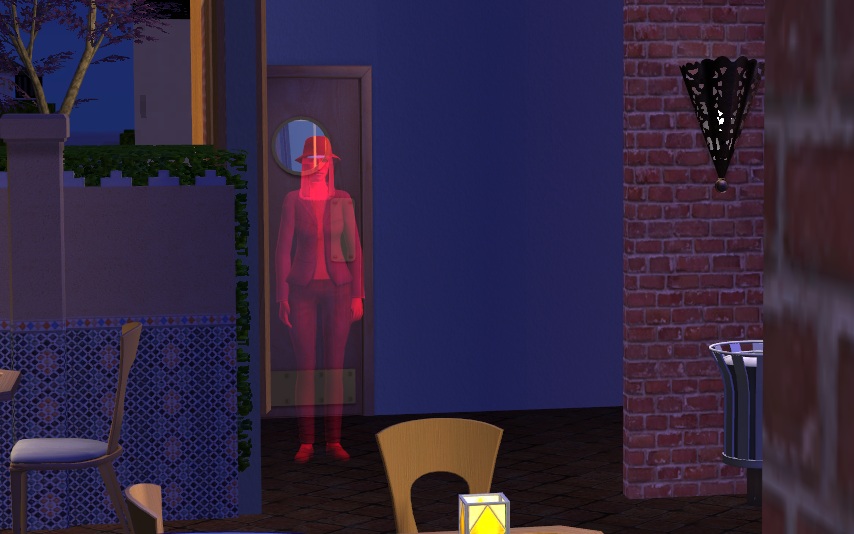 He also moves her stone to the cemetary

And then some more conventional date activities. 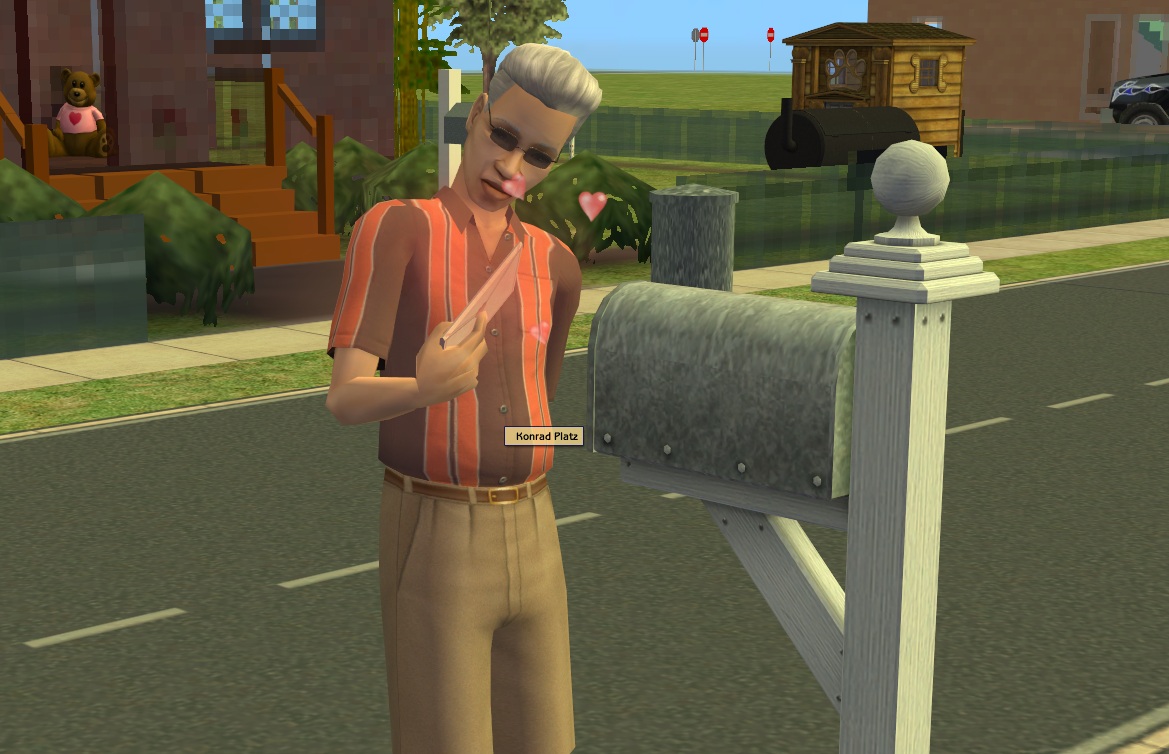 He gets a beautiful letter from Christel 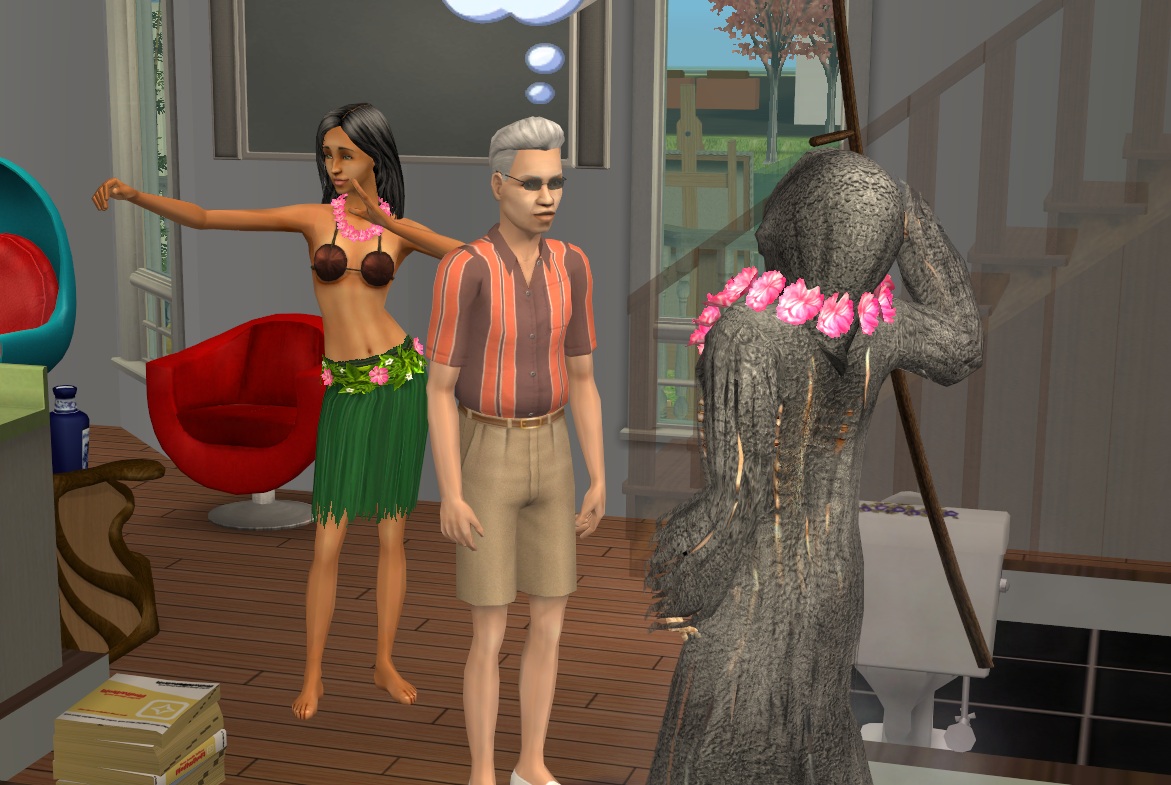 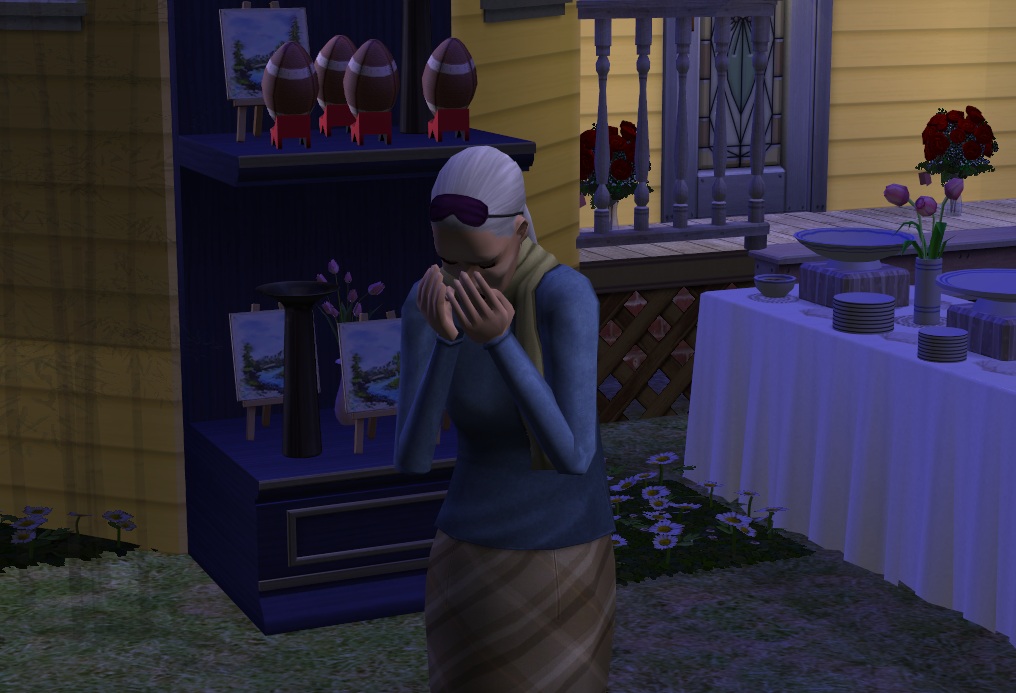 He leaves behind his girlfriend Kerstin Tidholm, 64. She also inherits the gym. 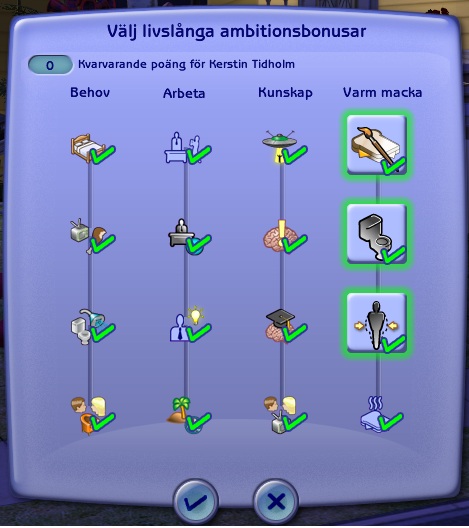 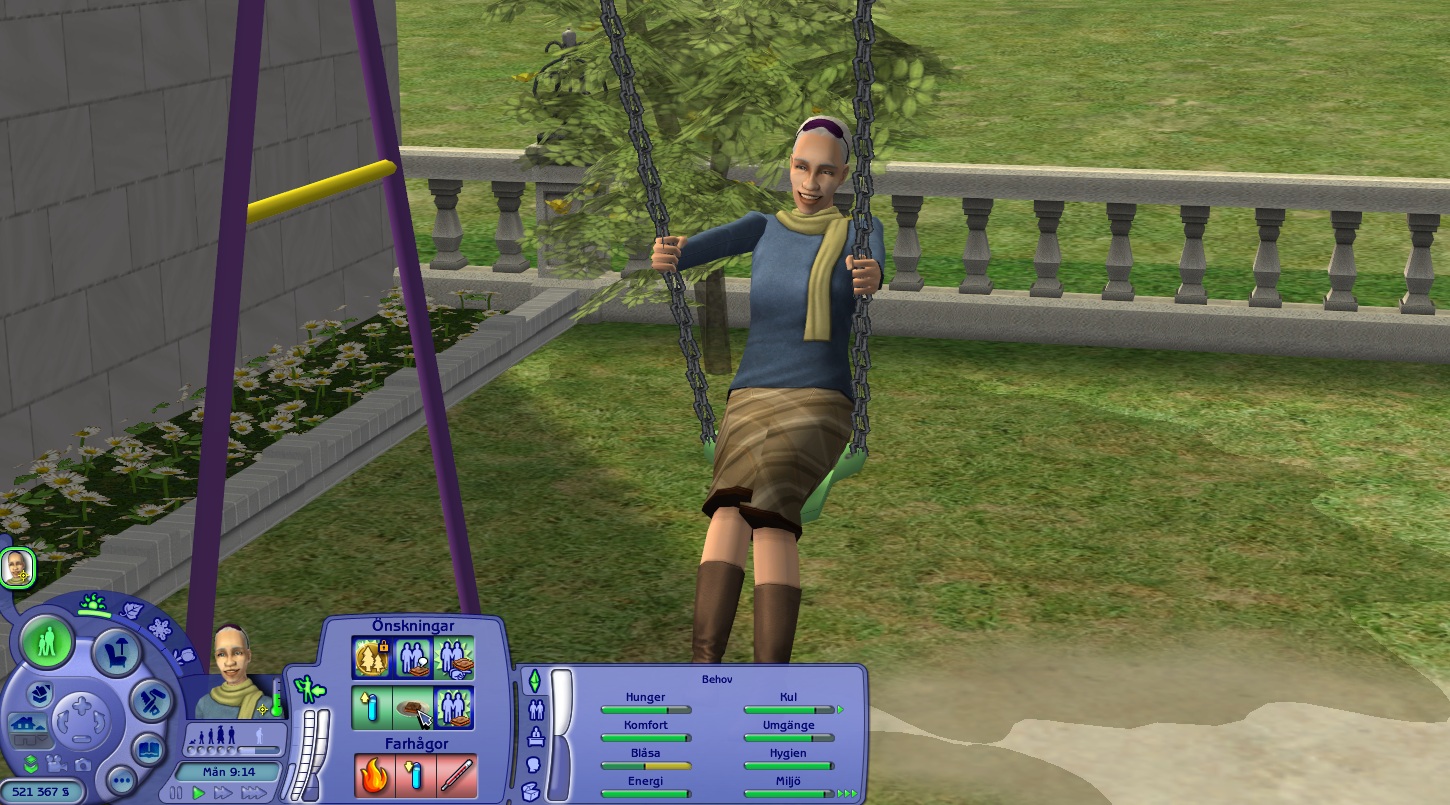 After that, she decides that it’s time for a new start, and she moves out of the house and rents an apartment in Bluewater, in the same building as Cristopher Bardh and Annika Lind live in.