Previously at Runemo, Pontus started to go steady with Lovisa Mattsson of Bluewater. Pontus and Oliver were accepted in Private School. Barbro and David lead a calm elderly life, spending time with each other, the cat and friends. 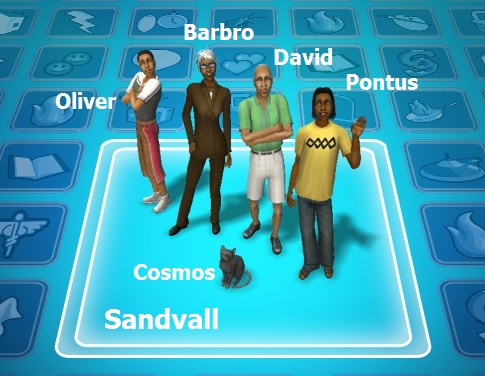 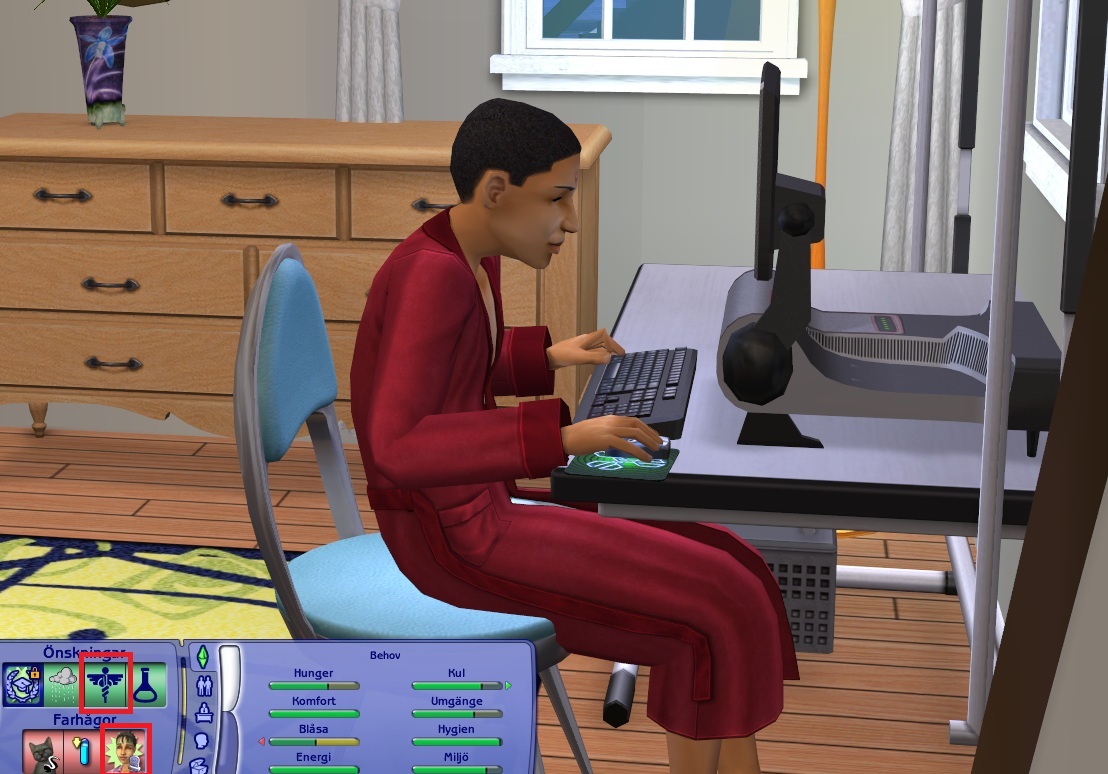 Oliver wishes to get a job in Medical, or in Science. He's worried that his now YA girlfriend Cecilia Lind will die, maybe there is some connection. 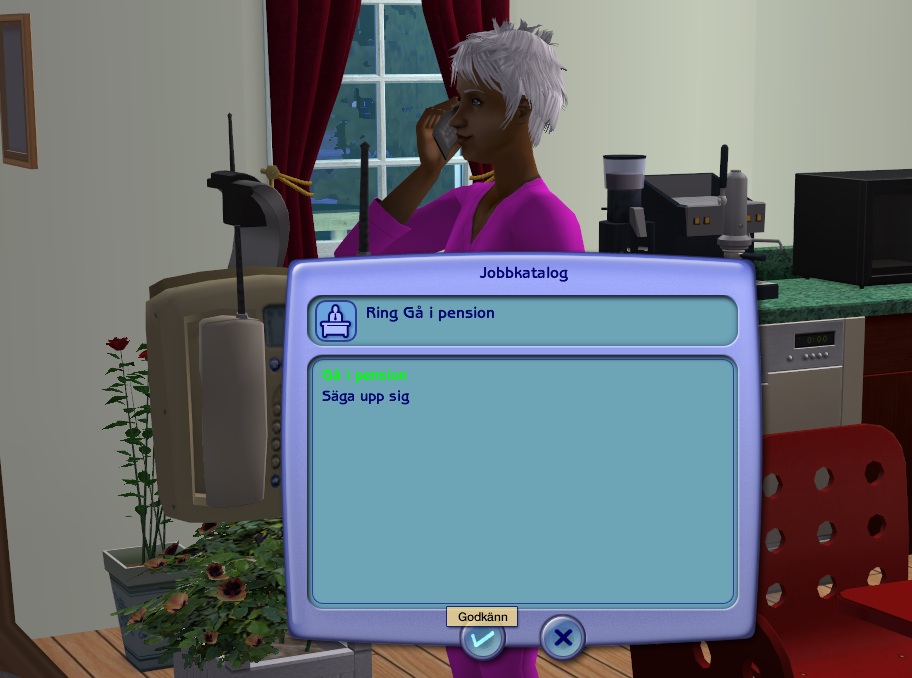 Barbro, as a true Family sim wishes to retire, and so she does 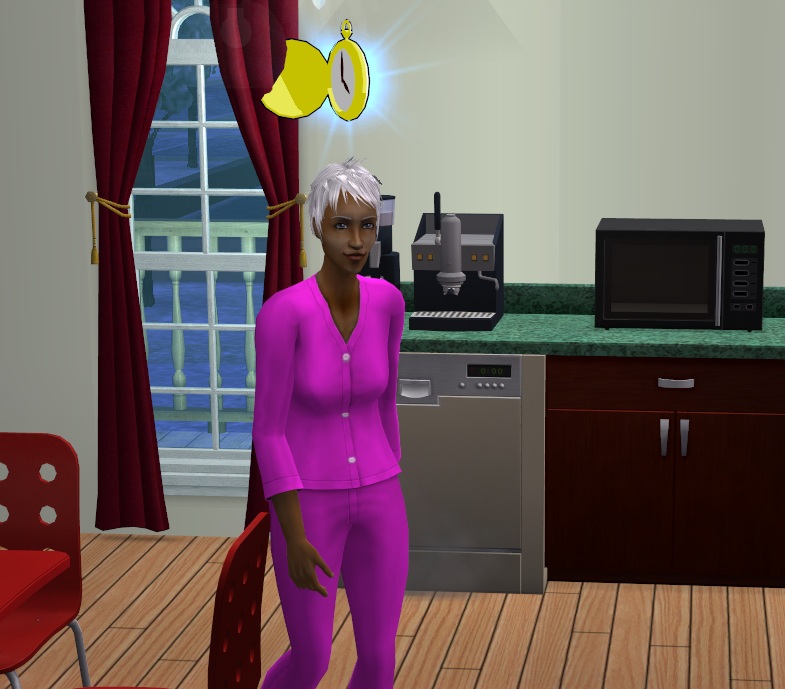 It's not often this icon is seen in Mattsmyra. There really should be a rule that all needs to retire latest at 67, as IRL. The exception could be Fortune sims, who can work until they drop dead. 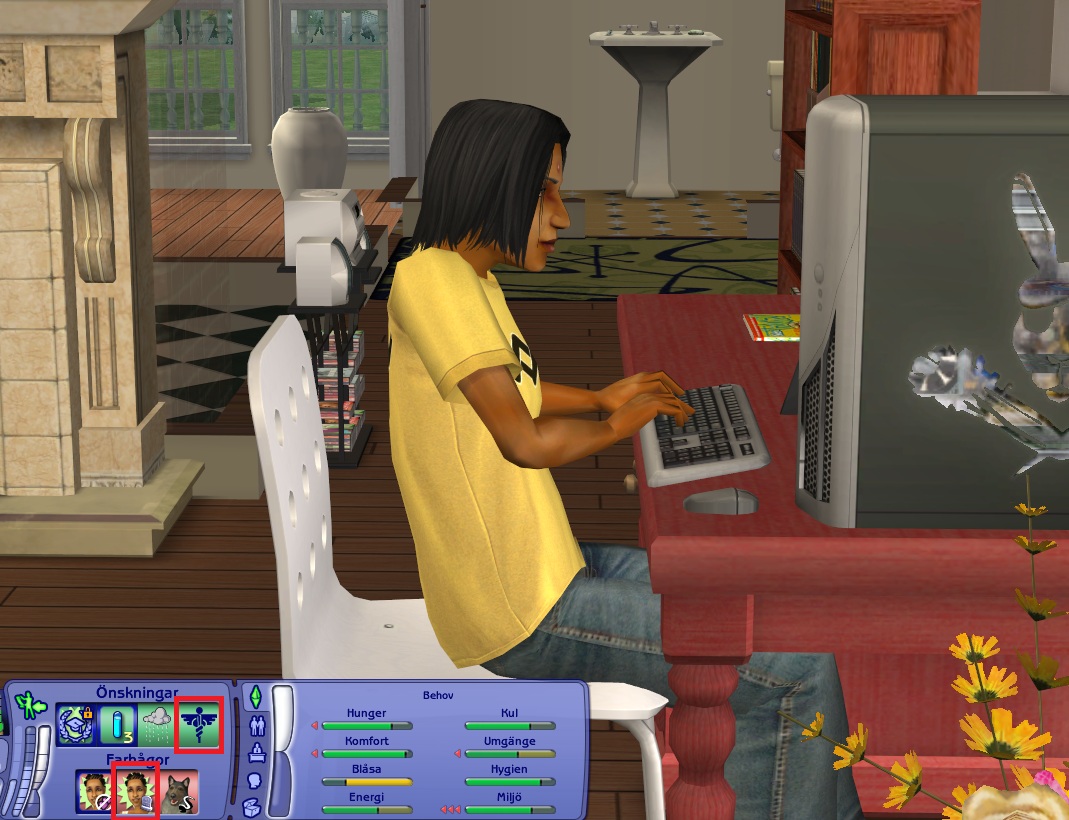 Interesting fact - Oliver's twin Pontus wants a job in Medical and is afraid his girlfriend Lovisa Mattsson will die. What's wrong with the girls? Or with the neurotic boys? 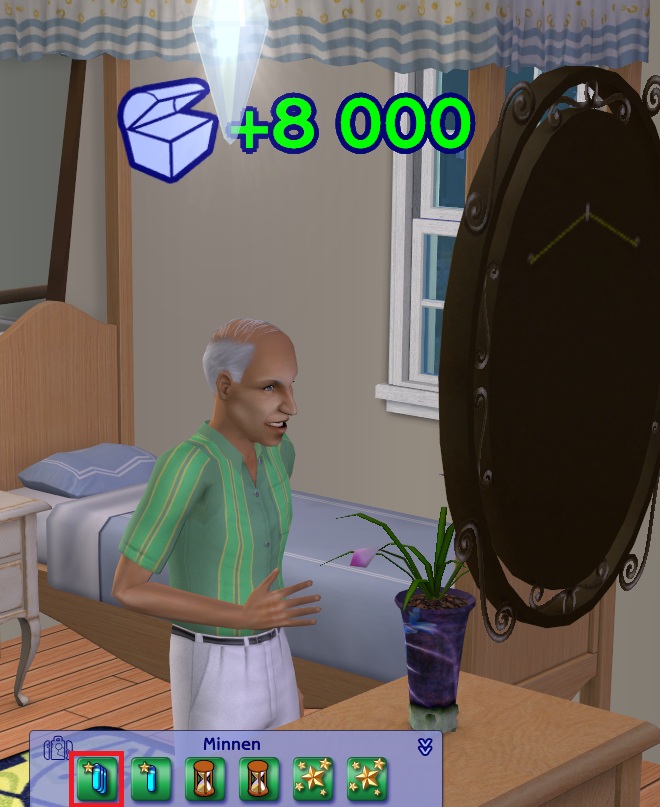 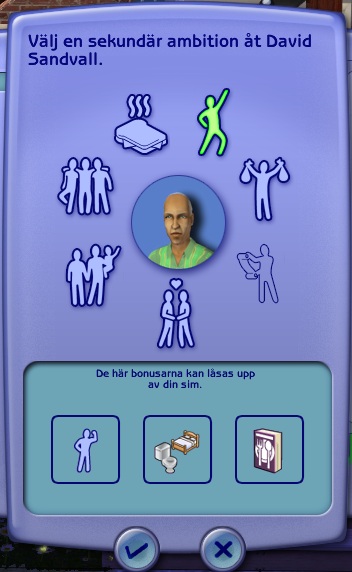 David is a Knowledge sim who just fulfilled his IW. 3p! That gives him inspiration to relax and choose a secondary aspiration of Pleasure The boys are Knowledge sims, too and good at their jobs, so they reach the teen TOC on their first day. 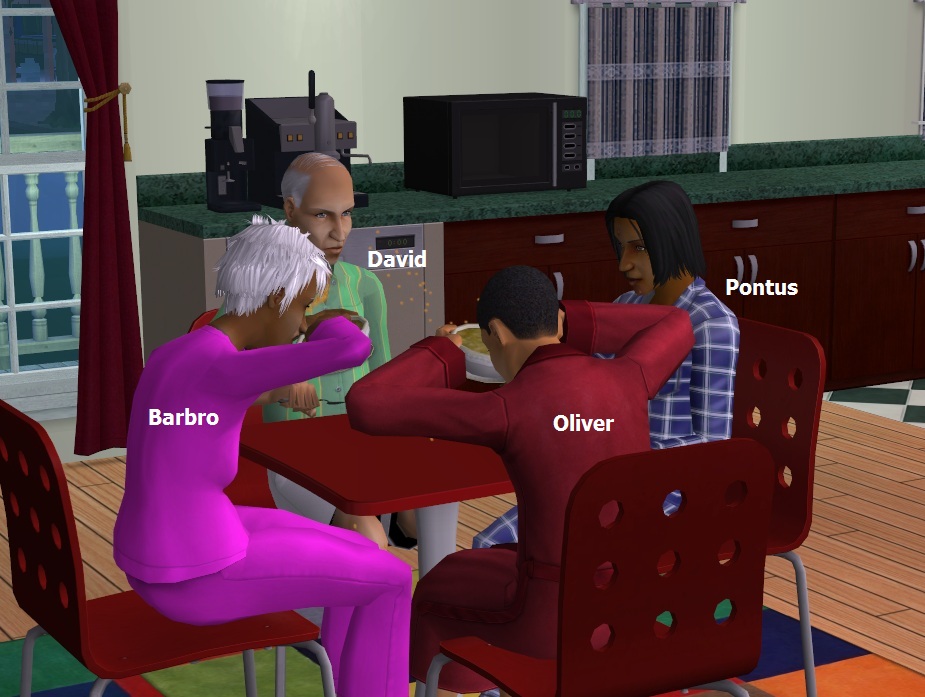 They have scolarships for grades, logic and young entrepreneurs in common. Pontus has one in charisma and Oliver one in dance to add. Then they're both off to Uni 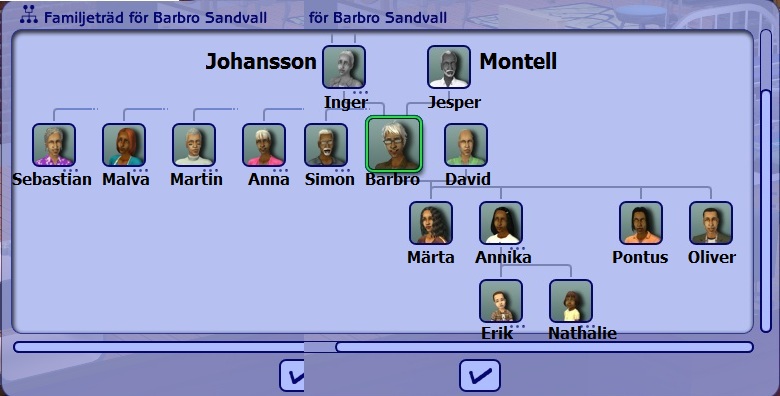 Sunday it's Family Sunday again. Barbro is number two among the Montell siblings, who are now all old except baby sister Malva. Time will catch up with her when we get to her lot. Barbro an David met in Uni and got married directly after finishing their studies. They have daughters Märta and Annika and sons Pontus and Oliver, who they just sent to Uni.
Annika is married to Aron Wern and they have twins Erik and Nathalie who are toddlers at this time. 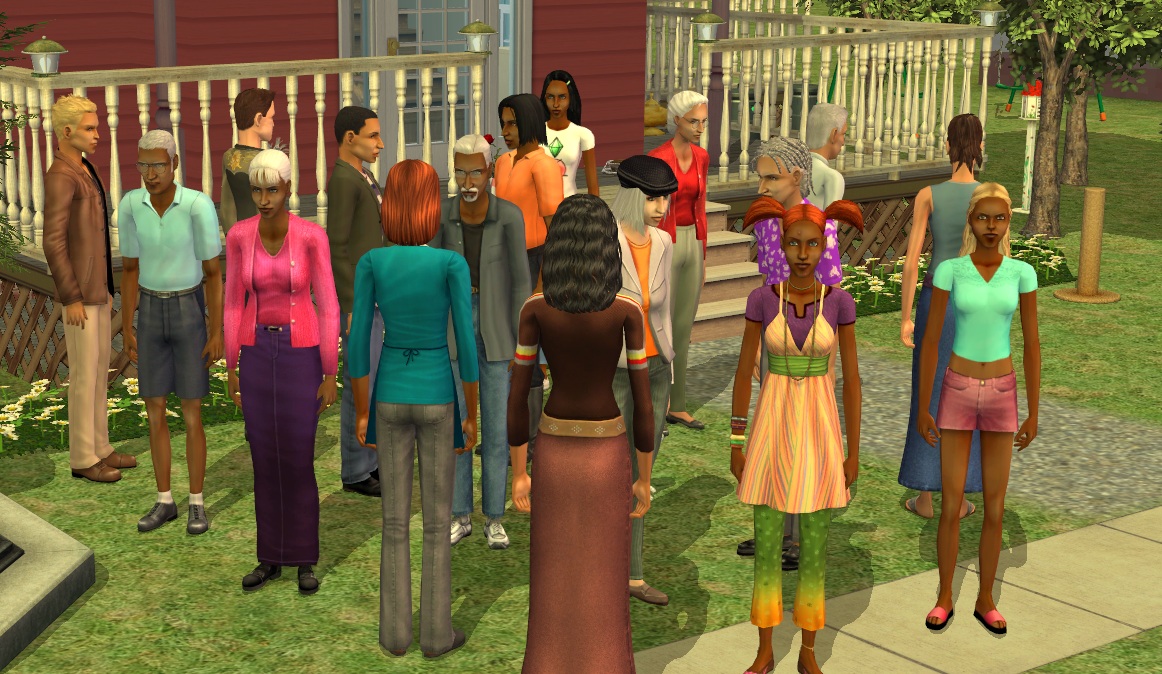 Here they are, the elderly siblings and the children of Barbro and David 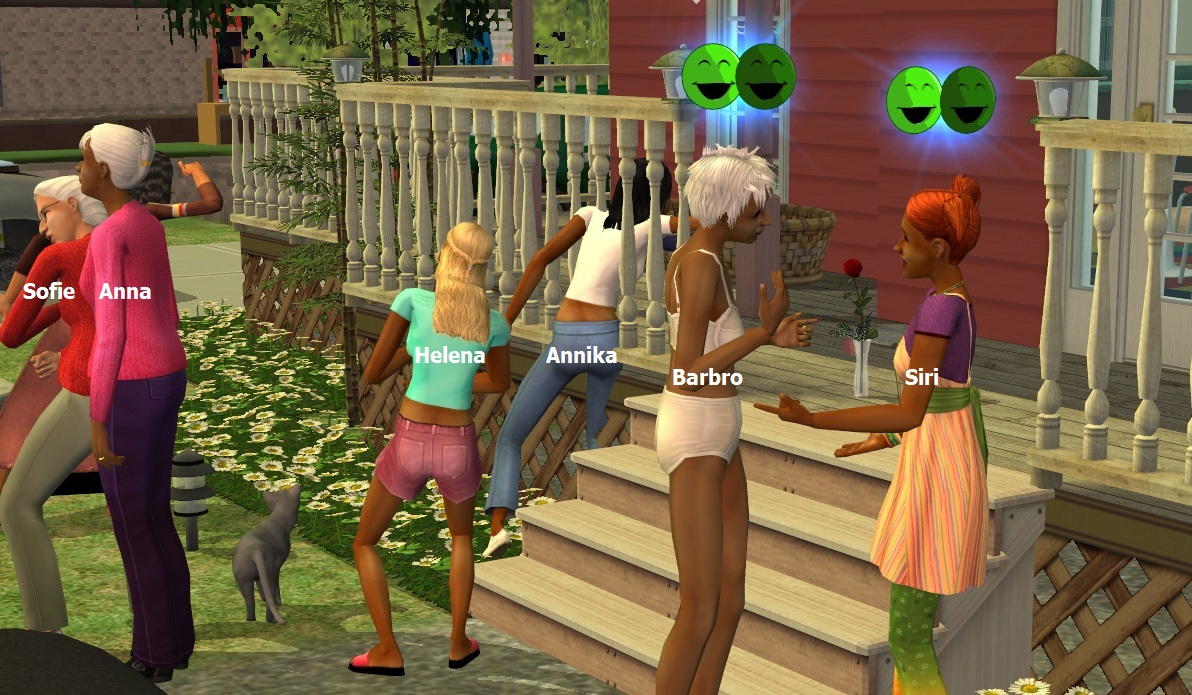 Barbro takes the opportunity to get to know her niece Siri better before she heads off to Uni with her cousins. 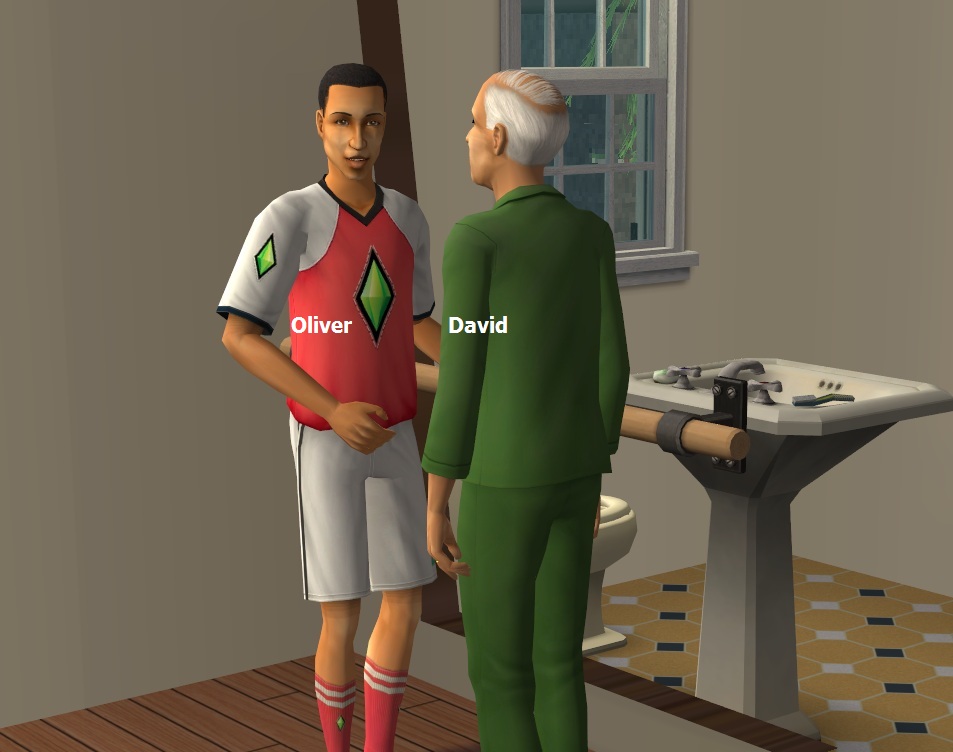 This is YA Oliver, testing out the ballet barre at his parents' house, while his father hopes to exchange some words with him. Barbro has better luck in connecting with YA Pontus. Her older brother Simon waits for his chance. 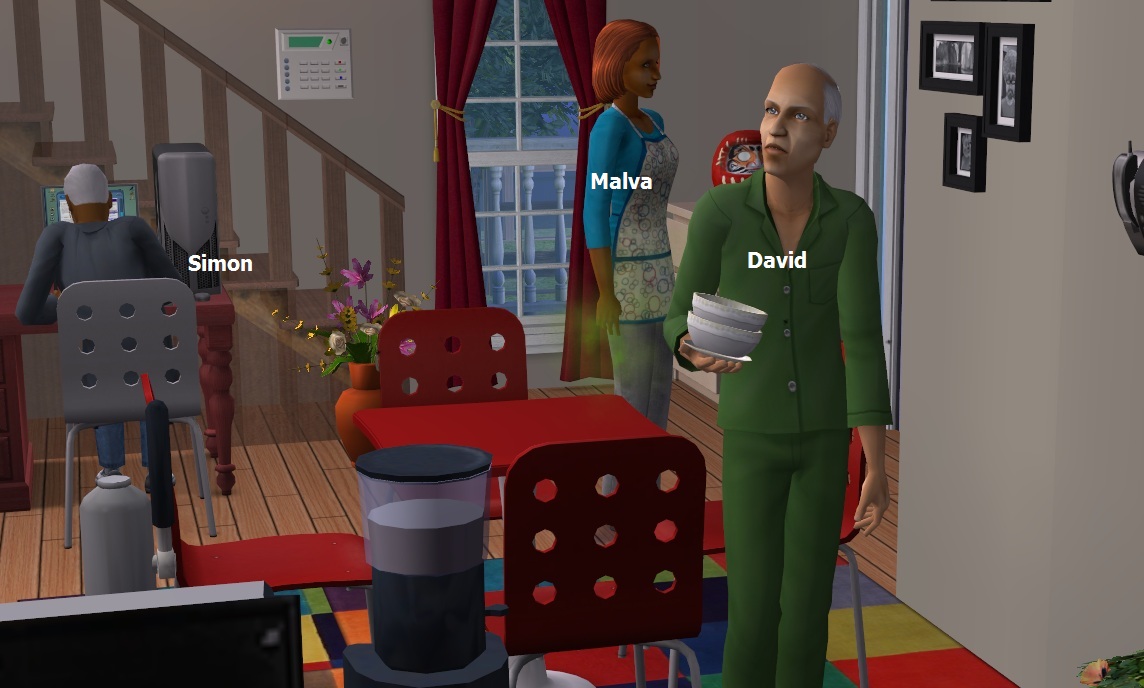 At the end of the day, David is left with the dishes 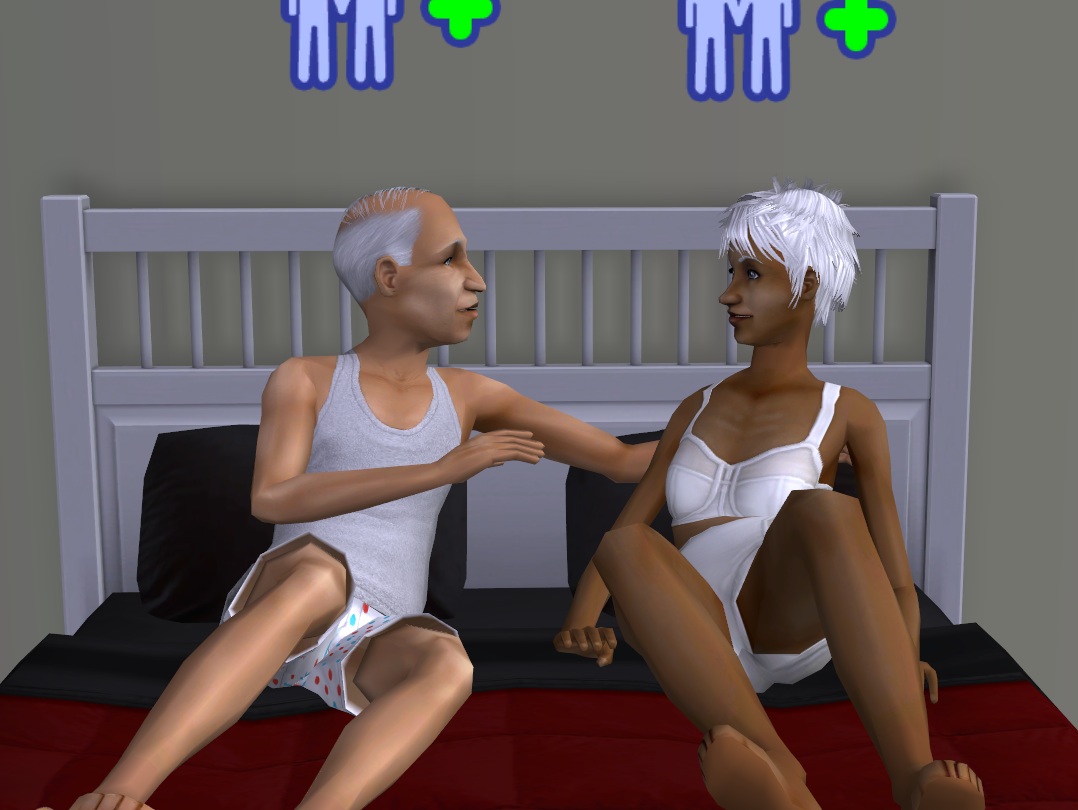 And david and Barbro rounds off the calm Family Sunday with some fun times... To pass time in a permaplat elder household is pretty boring. Barbro and David invites some friends... And date each other. In the middle of the date, Märta, their oldest daughter comes by to say hi 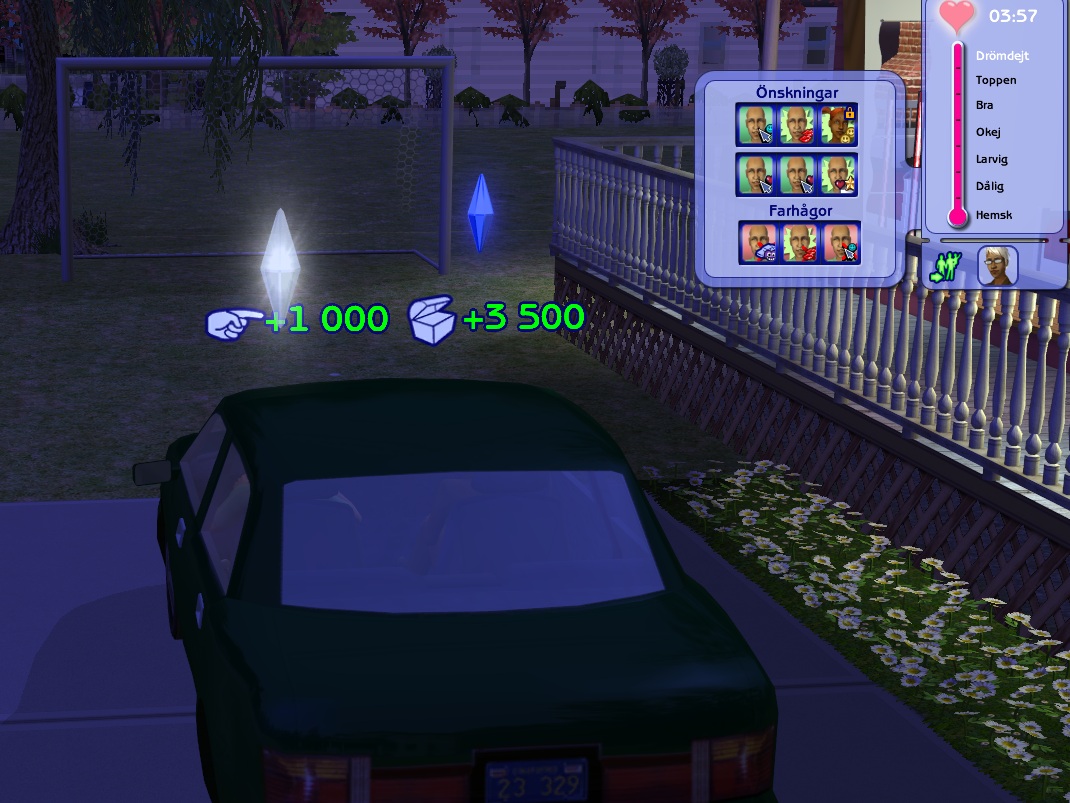 The date is finished off later And Barbro gets enough aspiration points to become part Popularity sim. It's really fitting for her, always wishing to invite people over!


Runemo after round 24:
Barbro Sandvall
David Sandvall
Cosmos, the Cat