Previously at Svedja, Oscar started his Athletic career right off the bat (heh!). Love moved in and wrote a bestselling novel about the white Ghost Dog of Svedja. Anna was promoted. Allan and Siri fixed the broken appliances. 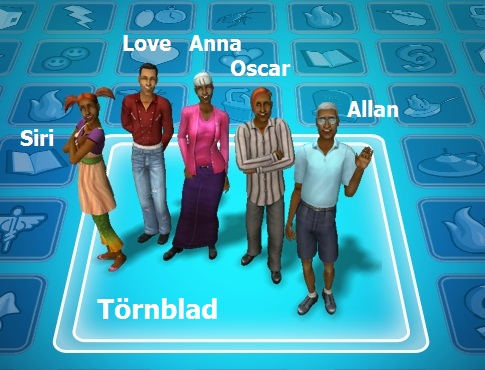 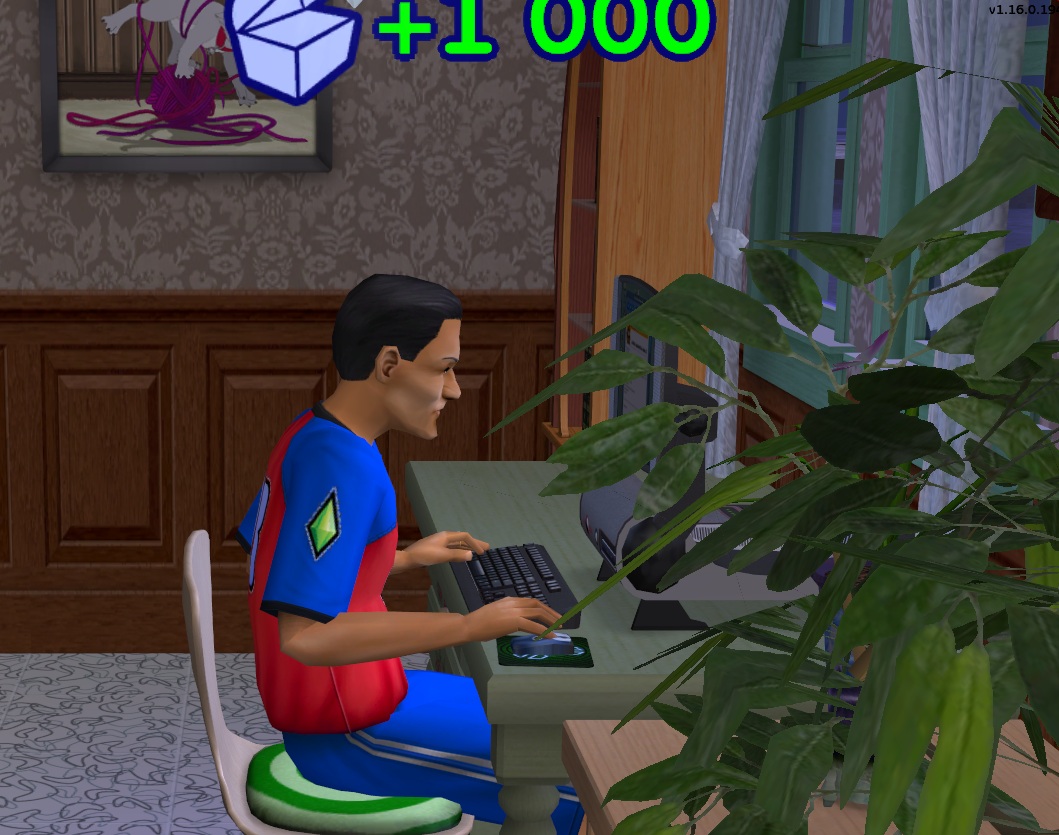 The update starts with Love (Lou-veh), Oscar’s fiancé. He gets a job in his desired Athletics career as an MVP. 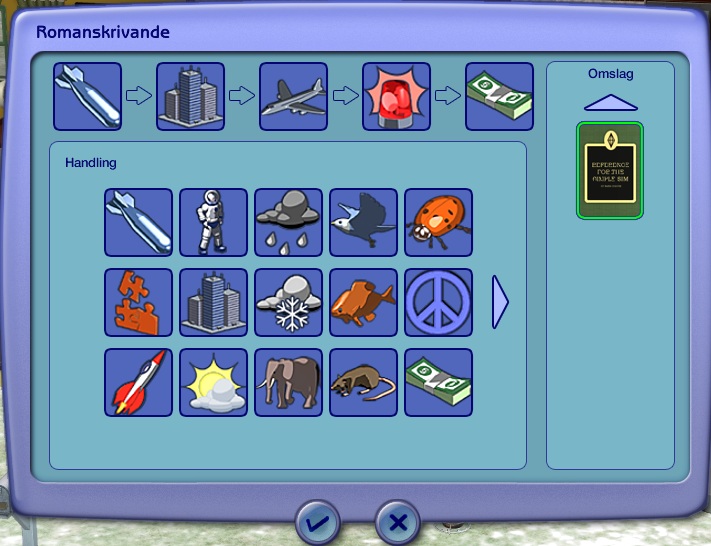 Then he starts a new book about the financial boost that follows after disasters. 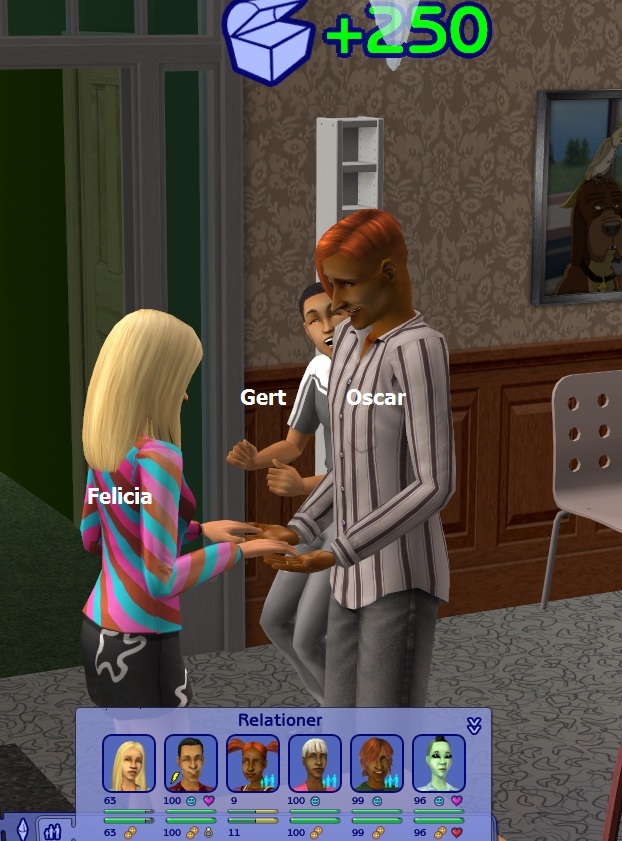 Oscar is a Popularity sim and reconnects with his old townie friends. He could try to get friends with his sister first, just saying...

We also see that he’s in love with Vera Johansson, but that’s entirely her fault, since she seduced him at her house. 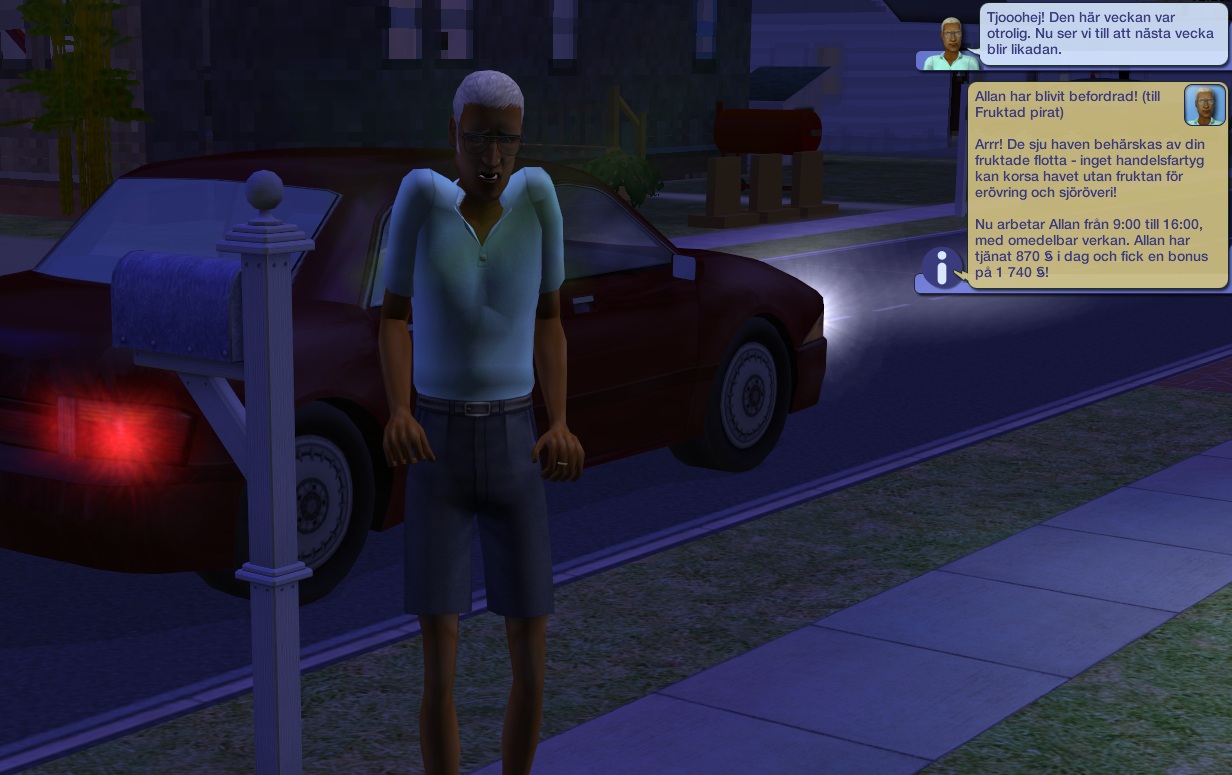 Allan, like all elders, stopped wearing work uniform after the installation of AL. Nevertheless he gets promoted to Dreaded Pirate, and is well under way to the top of his second career. 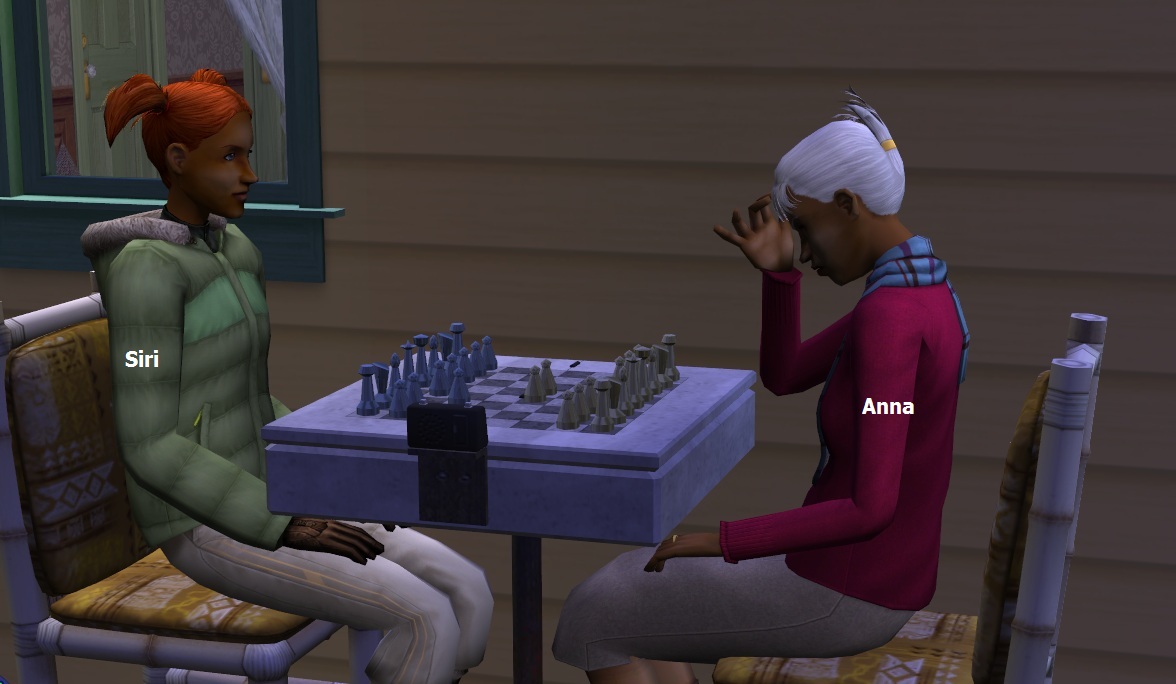 The last inhabitants, Siri and Anna, play chess. Siri hopes to get some scolarships and Anna needs logic skill for her job as an Animal Linguist. 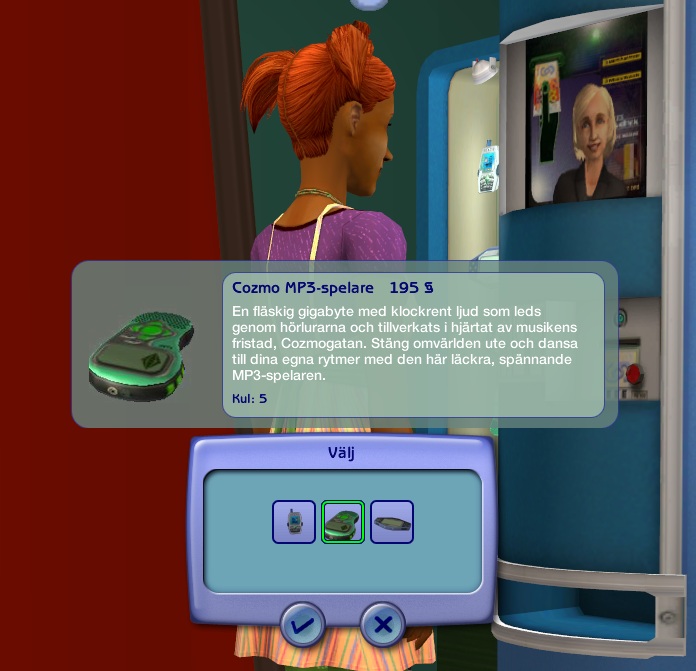 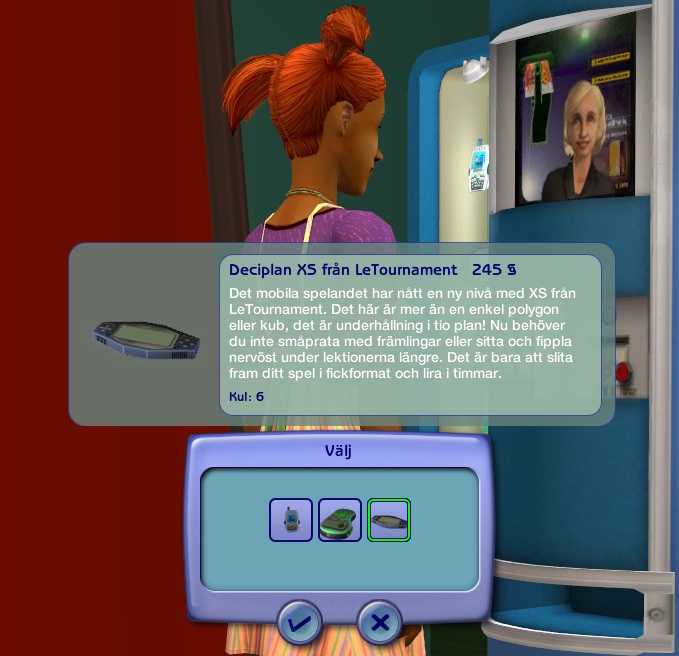 As another preparation, she buys an MP3-player and a hand game, to always have something to do at campus 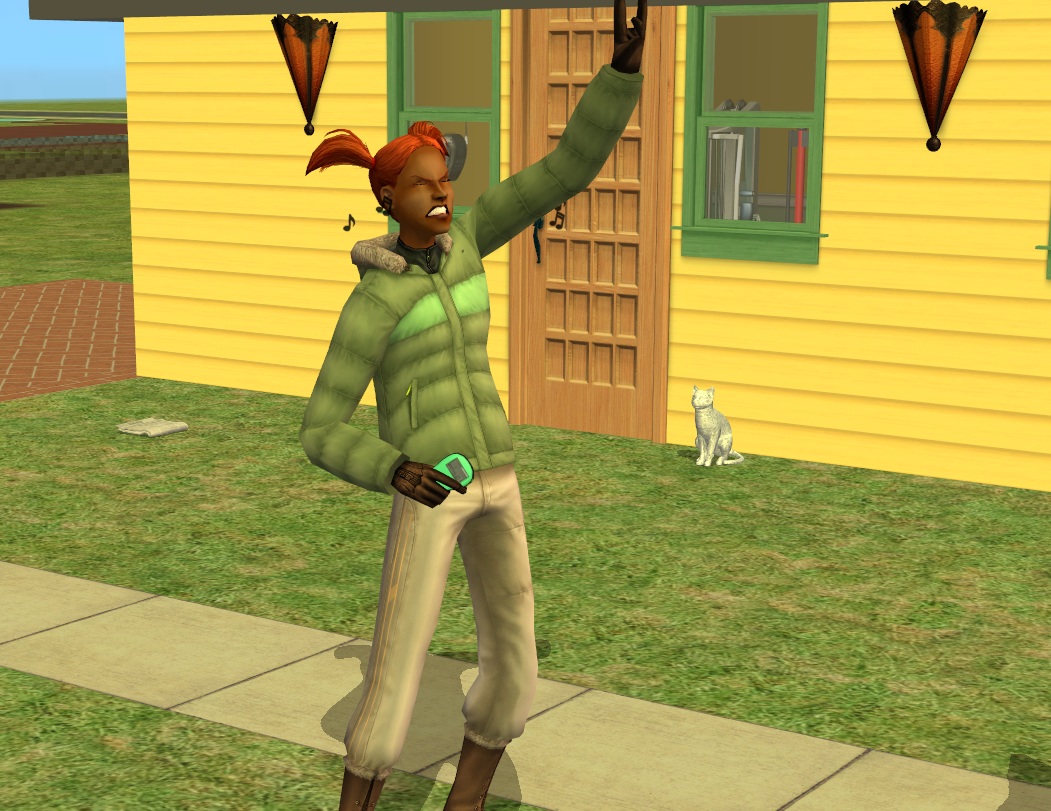 Back home she proves to be a real rocker girl. 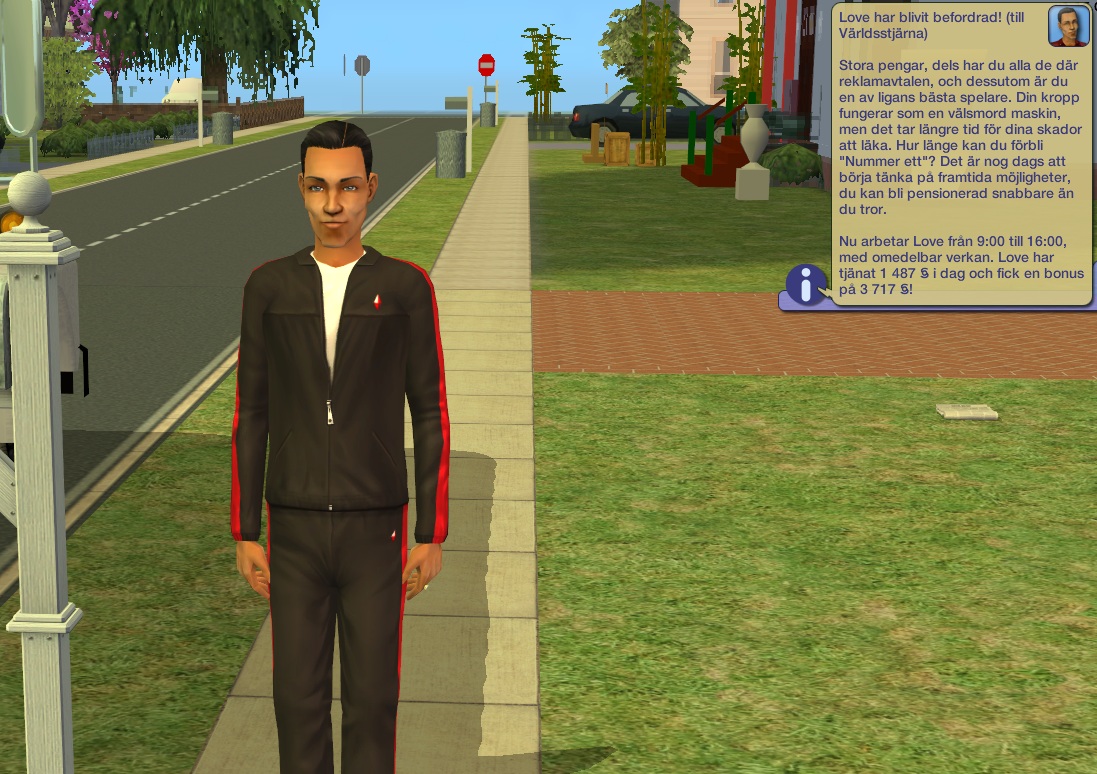 Love gets promoted to Superstar 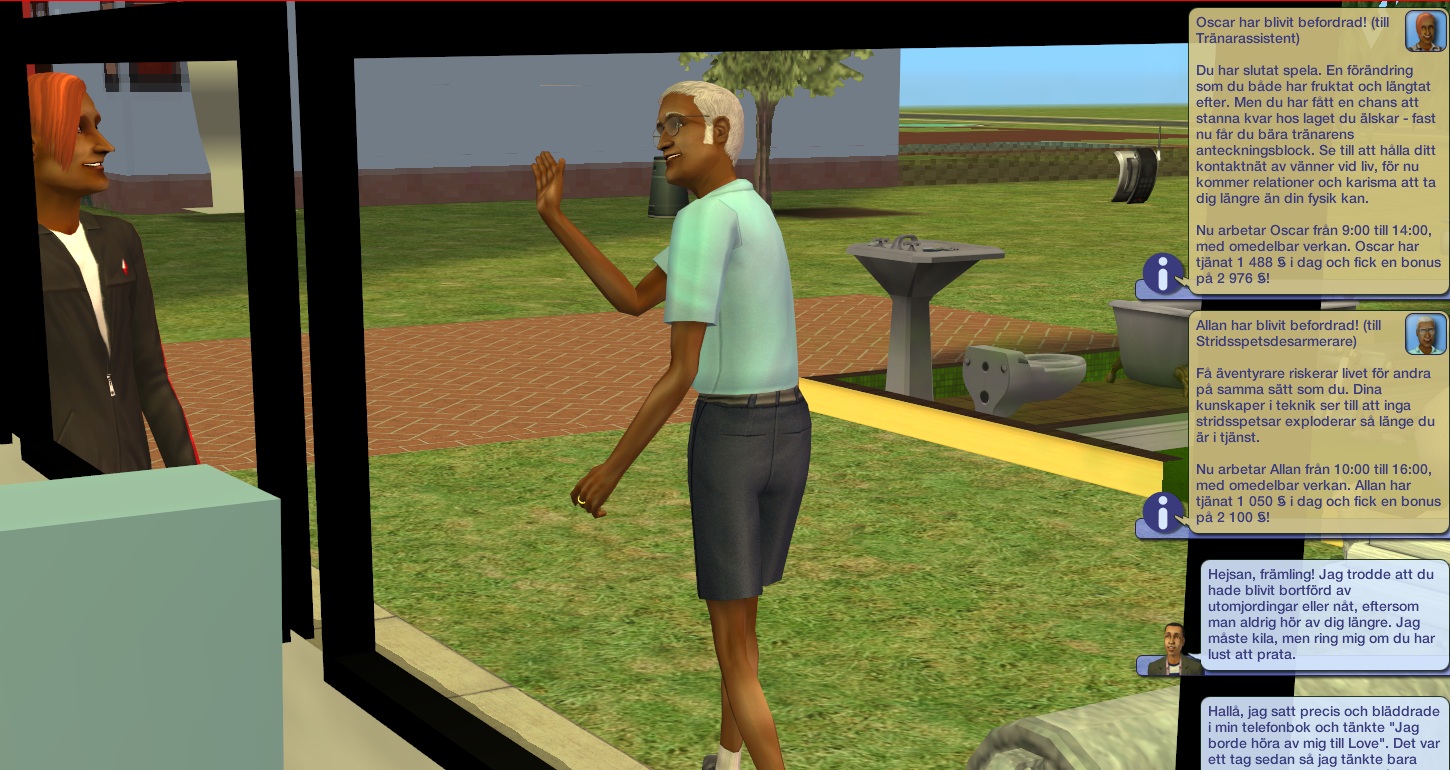 Oscar gets promoted, too, to Assistan Coach, and Allan to Warhead disarmer 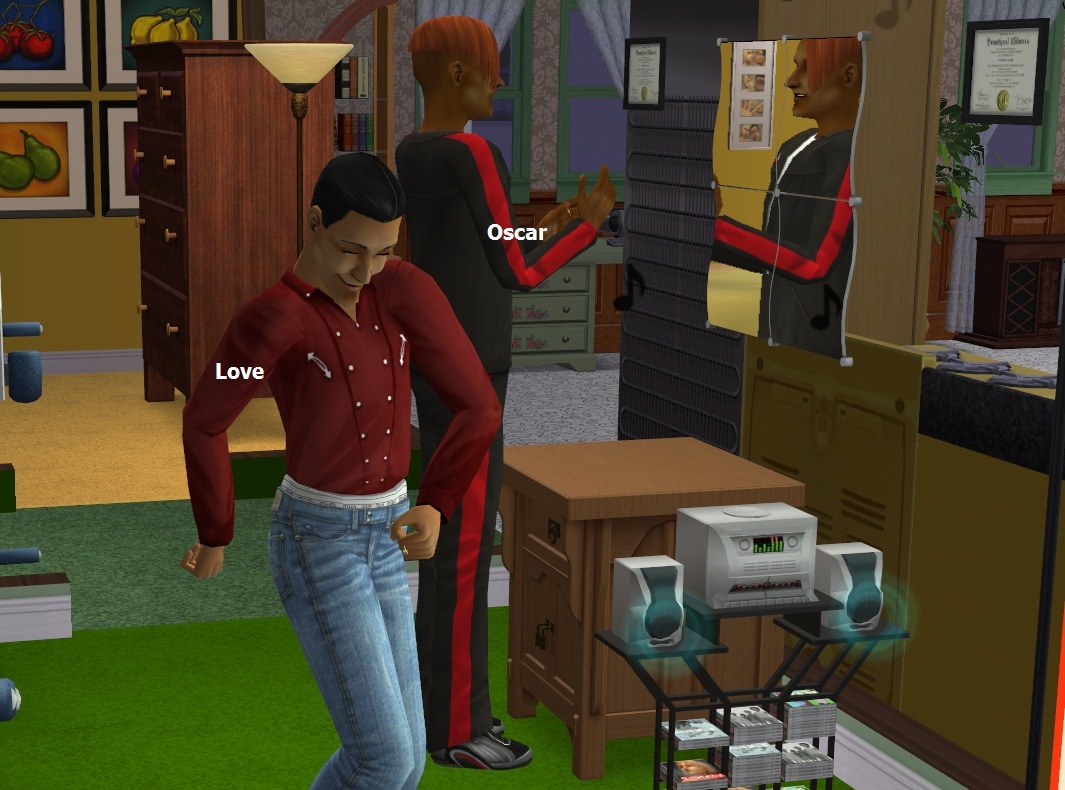 And here we see the difference between the lovers, Love 164 cm and Oscar 196. 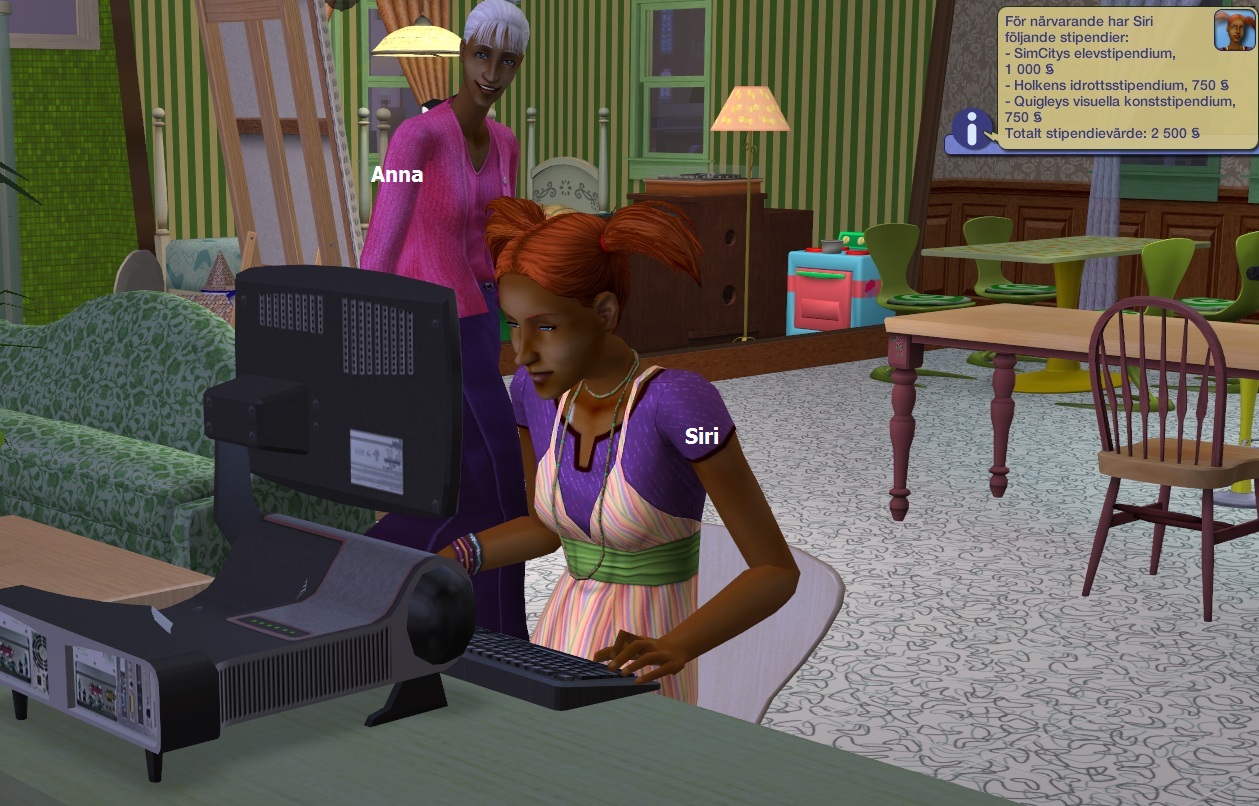 Siri collects her scolarships in body, art and for good grades (no logic) and heads off to Uni. Anna smiles, as always. She has been smiling all her life, I swear 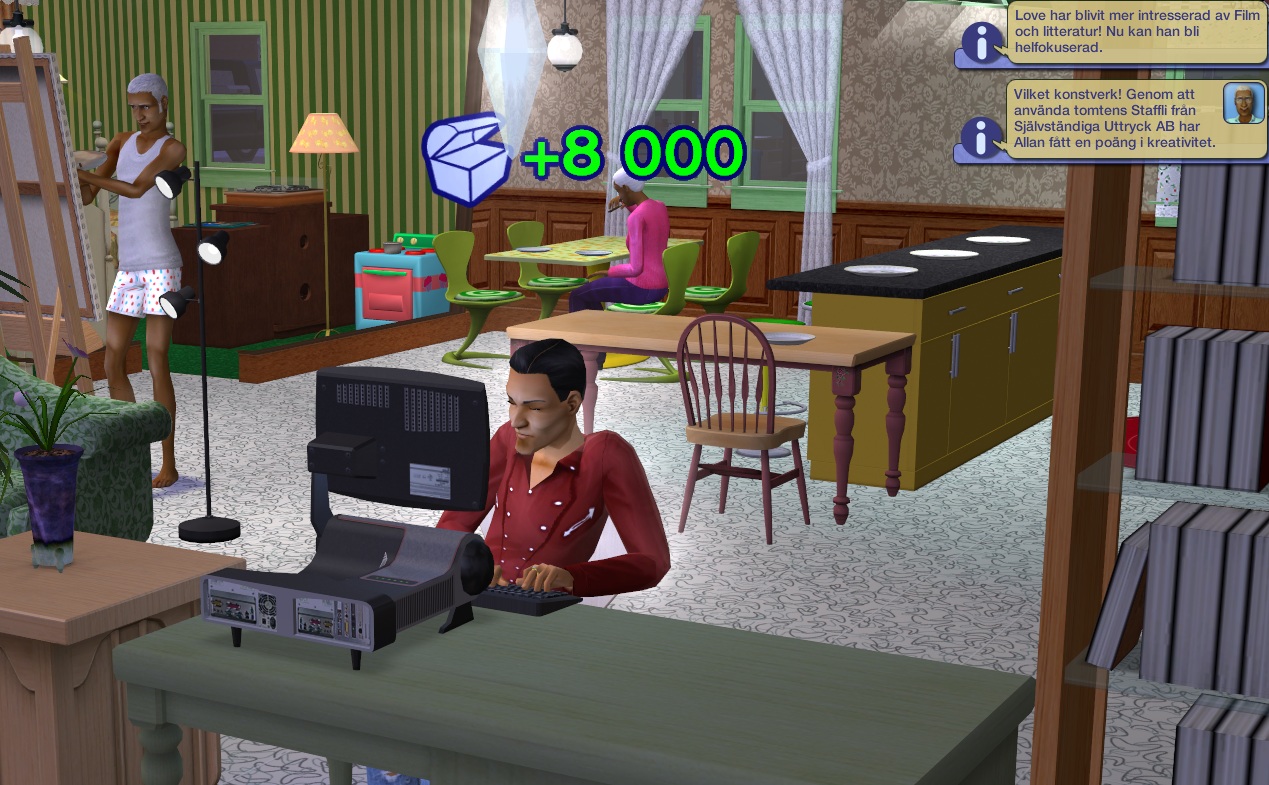 When she’s gone, Love continues with his book and maxes his Literature enthusiasm. 1p! Allan works on his creative skill. 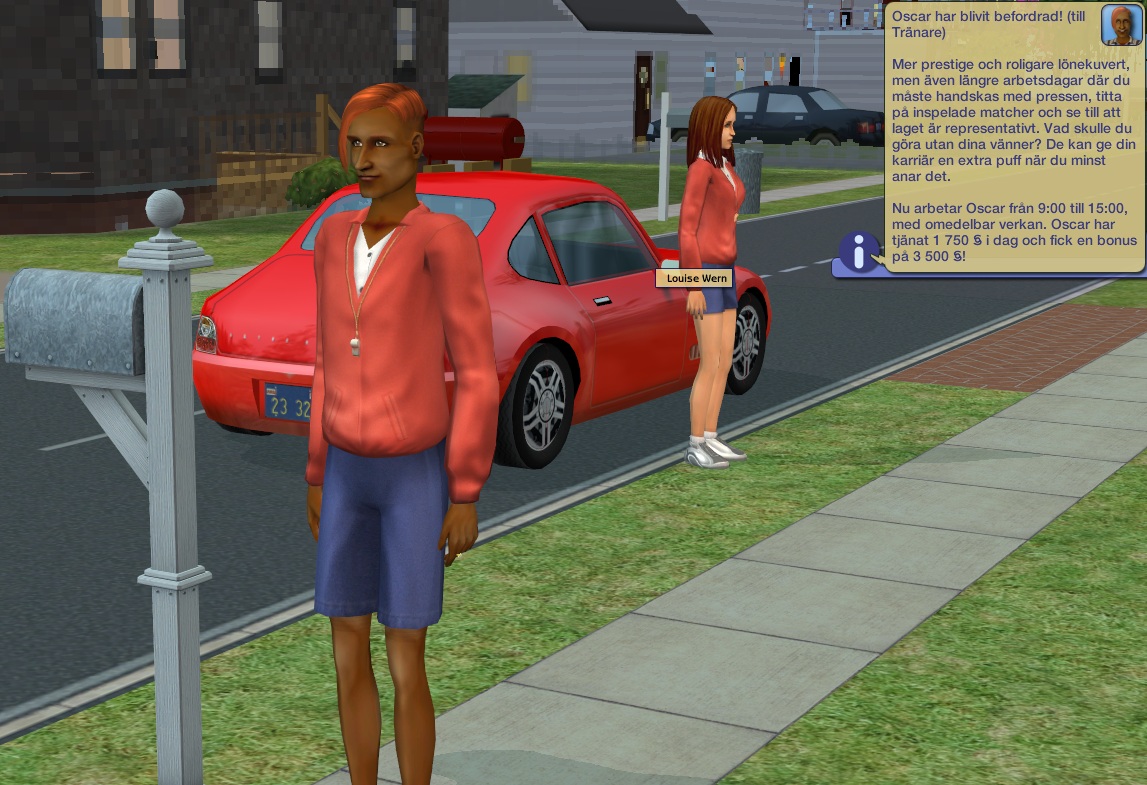 A lot of promotions this time, Oscar becomes Coach and brings Louise Wern with him home 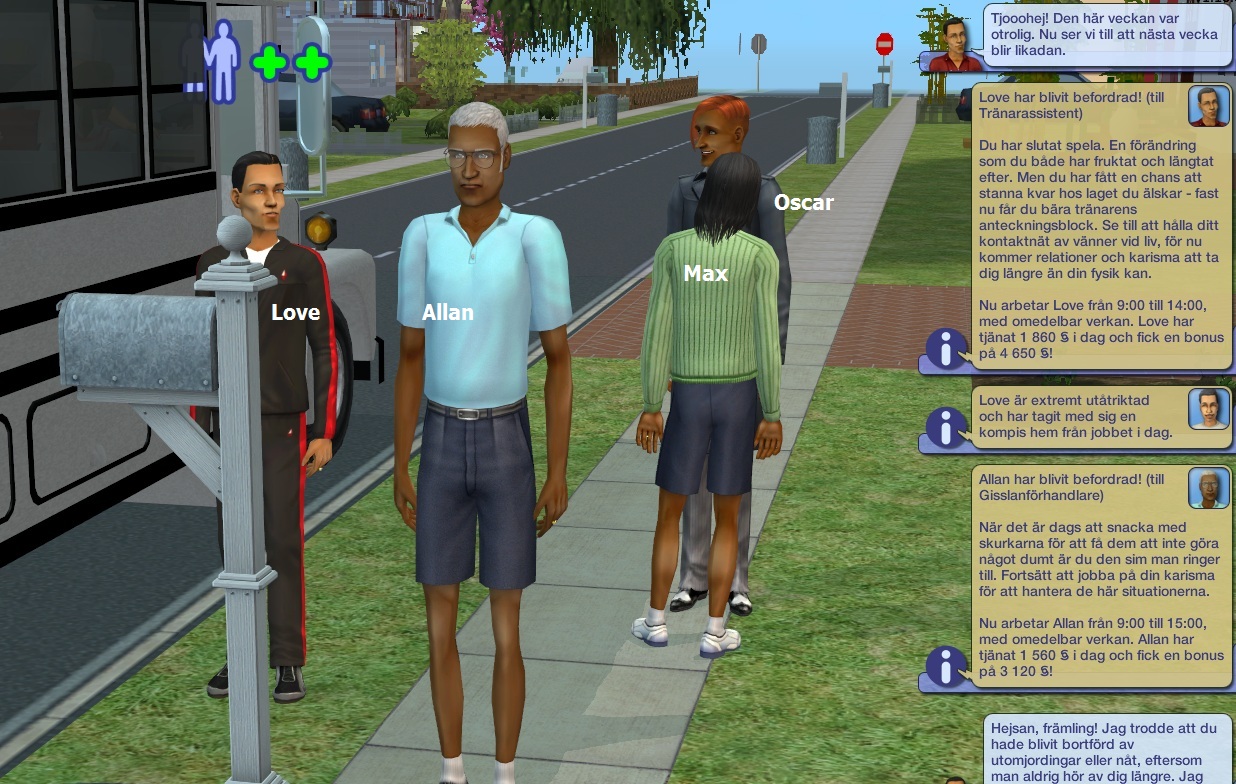 Allan is a Hostage Negociator and Love an Assistant Coach. He’s following in Oscar’s footsteps, filling the positions he leaves behind. 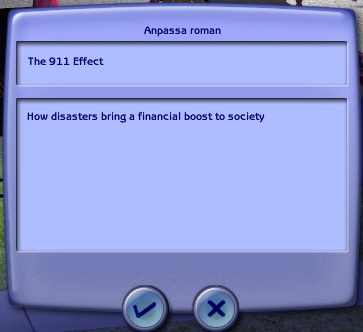 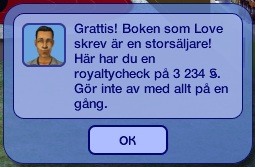 Then Love finishes ”The 911 Effect”, which is an instant success. 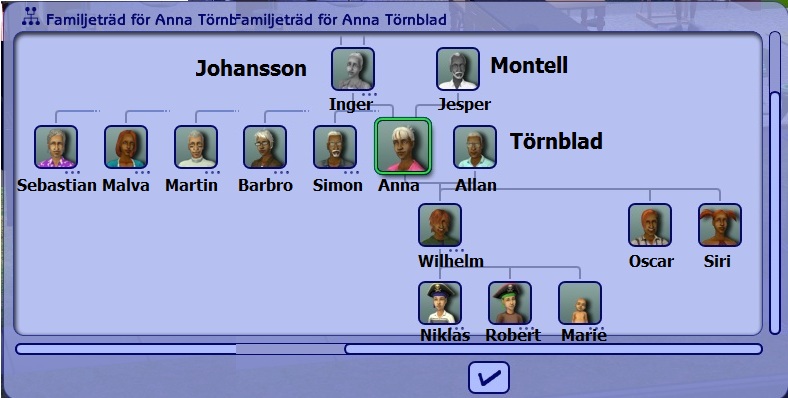 Anna is part of the Montell clan, and has five brothers and sisters. All their children are grown up now, except Malva’s daughter Helena. Anna has three grown up children, and is halfway to her LTW, since she’s got 3 grandchildren already by her son Wilhelm. He’s married to Monica (Berg) who is a Family sim, so maybe all 6 grandchildren might come from there. 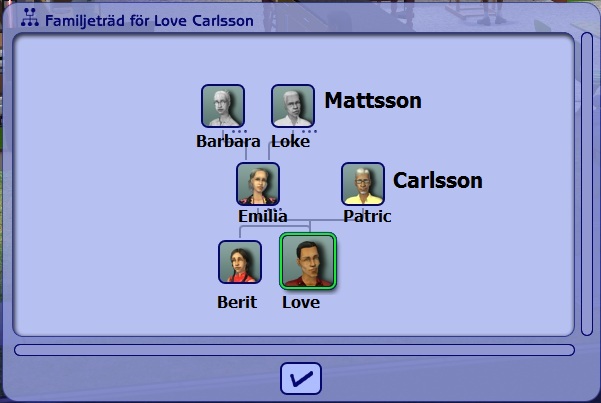 Love is part of the Mattsson clan. His sister Berit is still only a teen and lives with their parents Emilia and Patric. 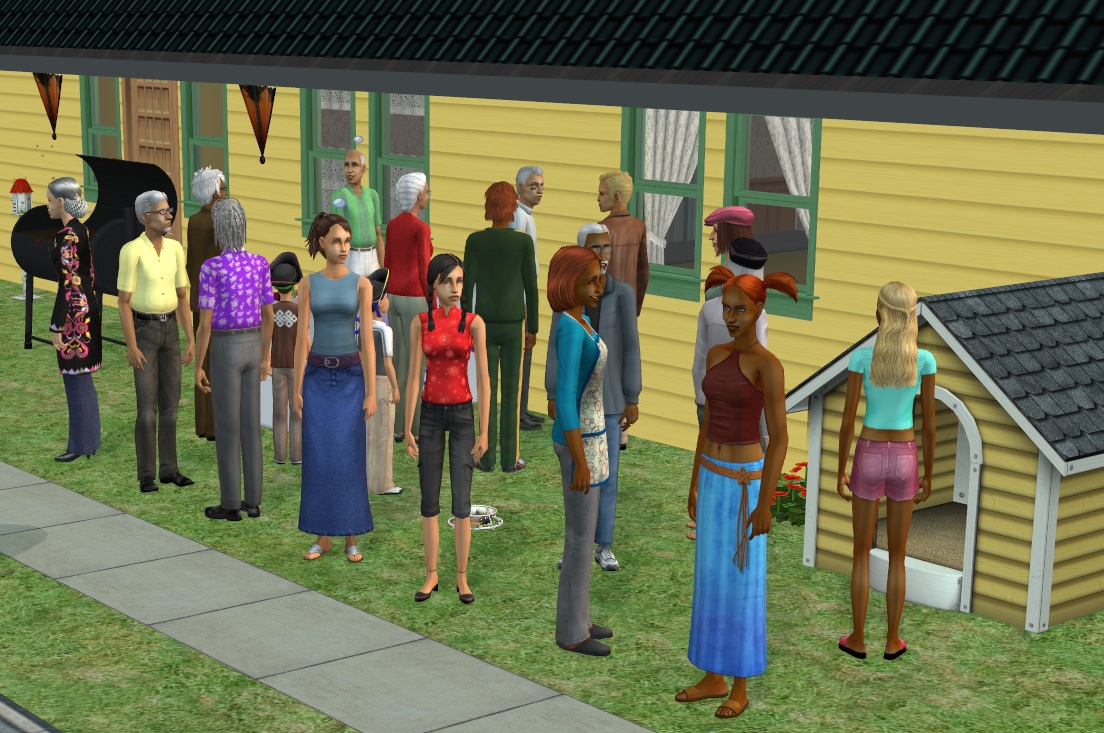 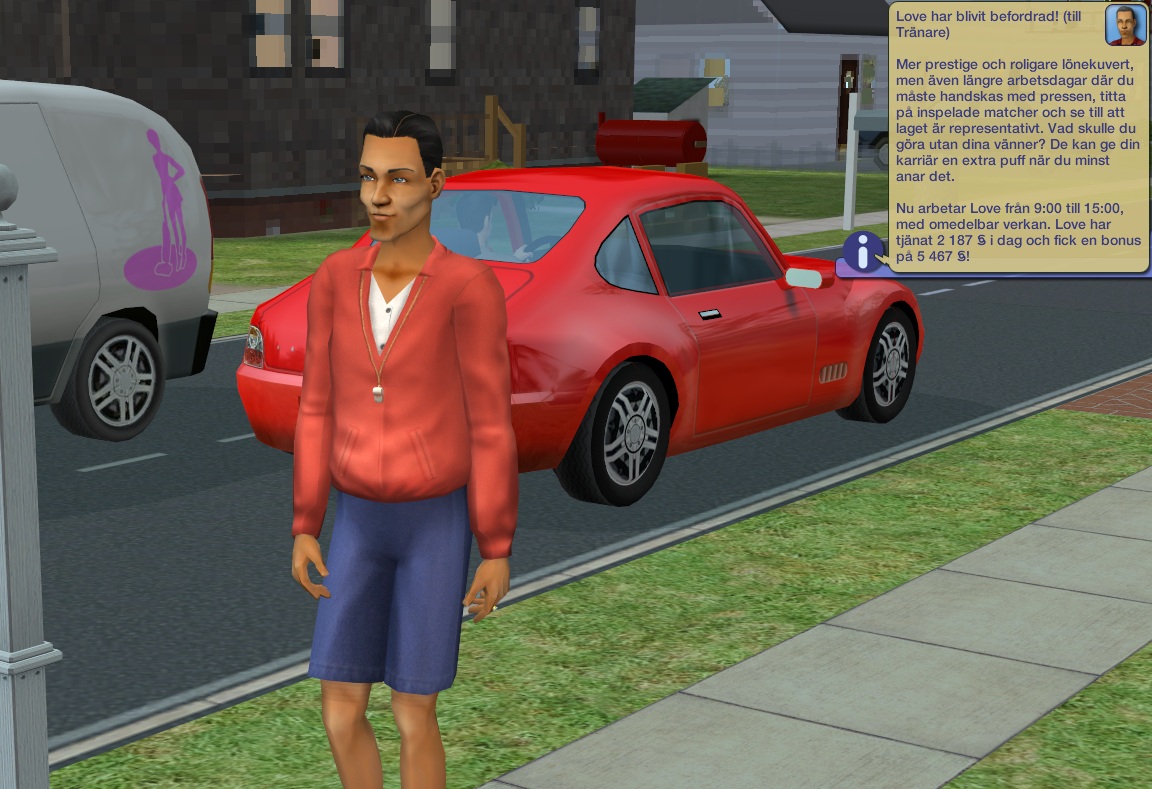 And the promotions continue. Love is now a coach 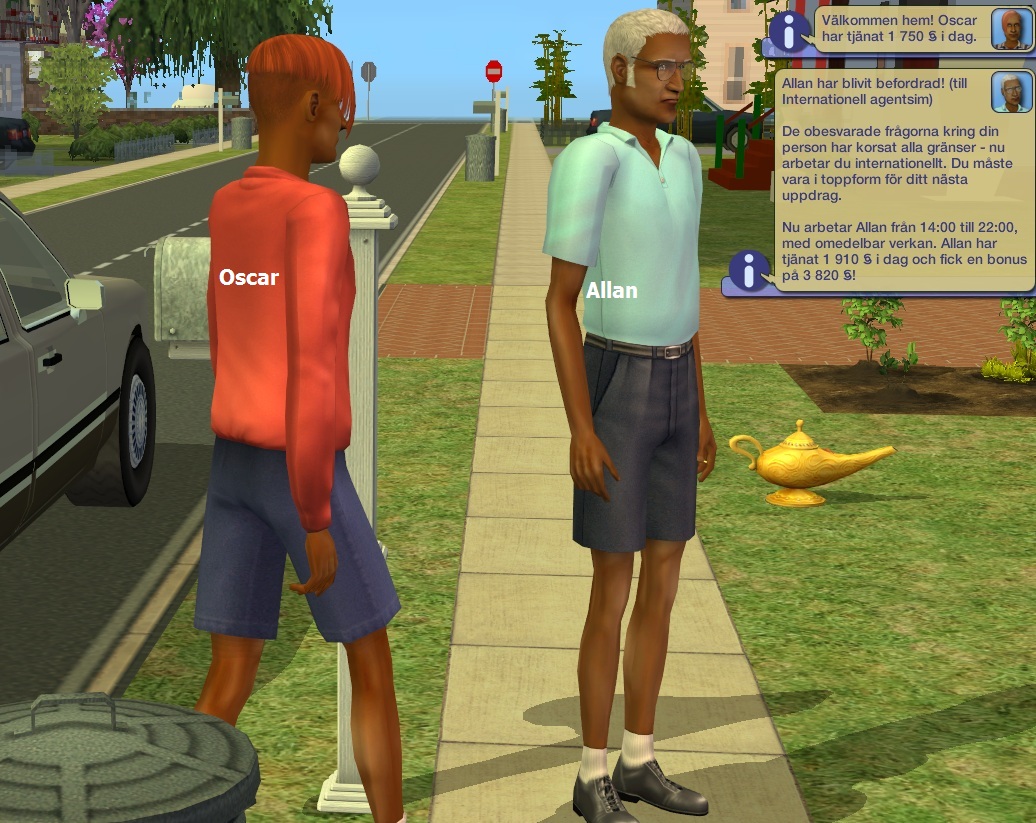 And Allan is an International spy. No promotion for Oscar today, which means that him and Love now works together. 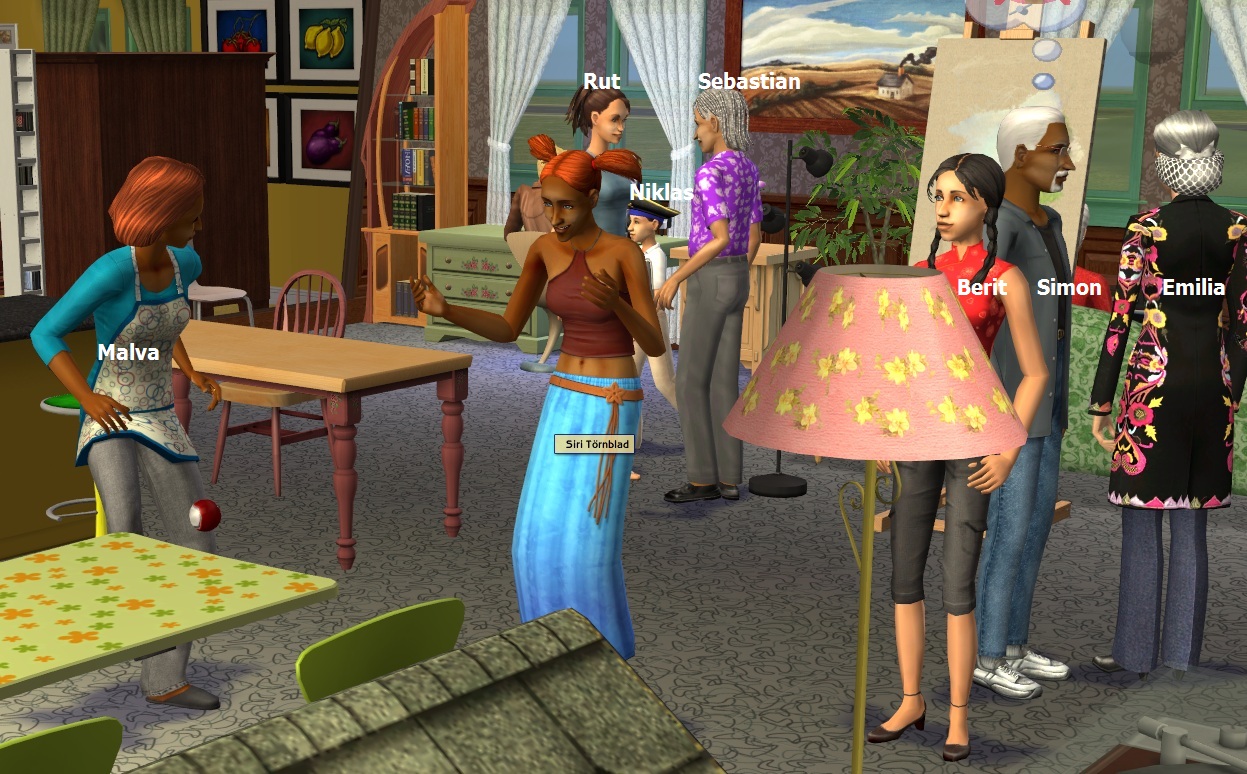 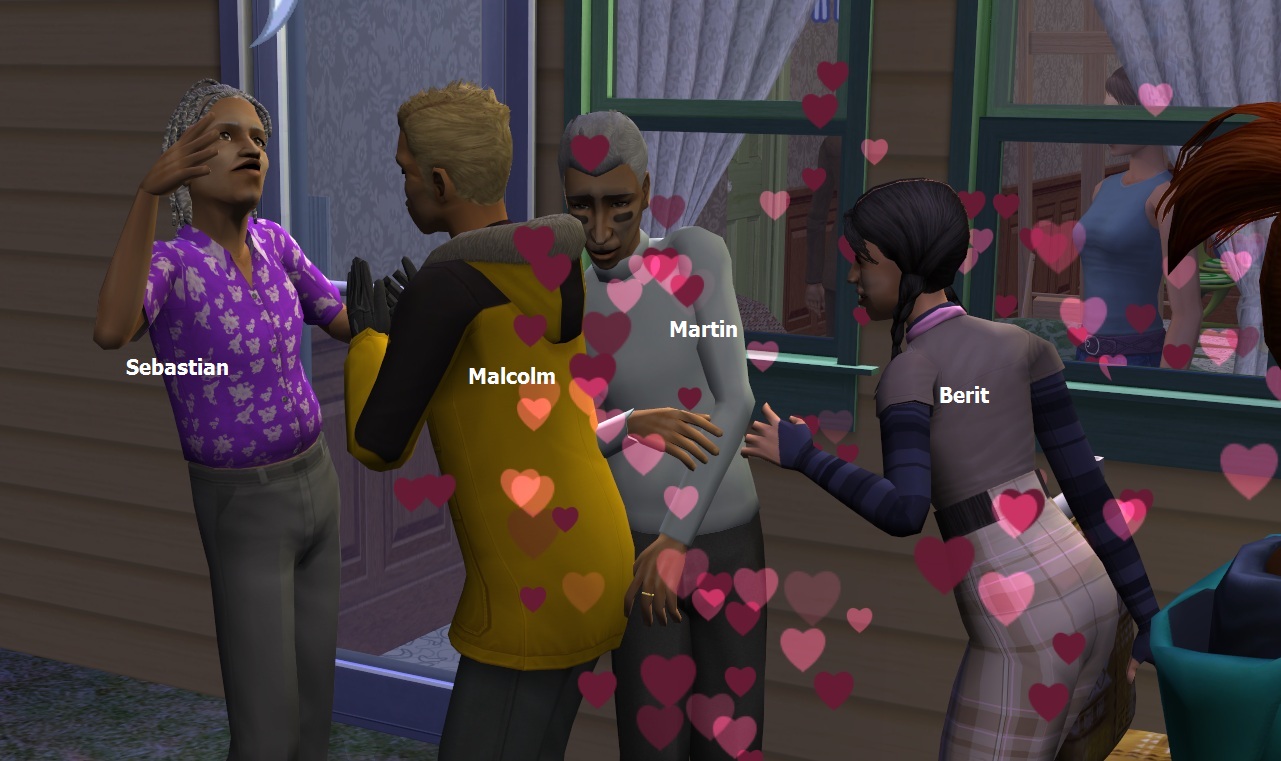 Love’s sister Berit, 17, tries to get her first kiss from Anna’s brother Martin, 56. Luckily he turns her down.

Martin: “No, no, no, Berit, firstly, you are way too young and secondly, I’m a married man!” 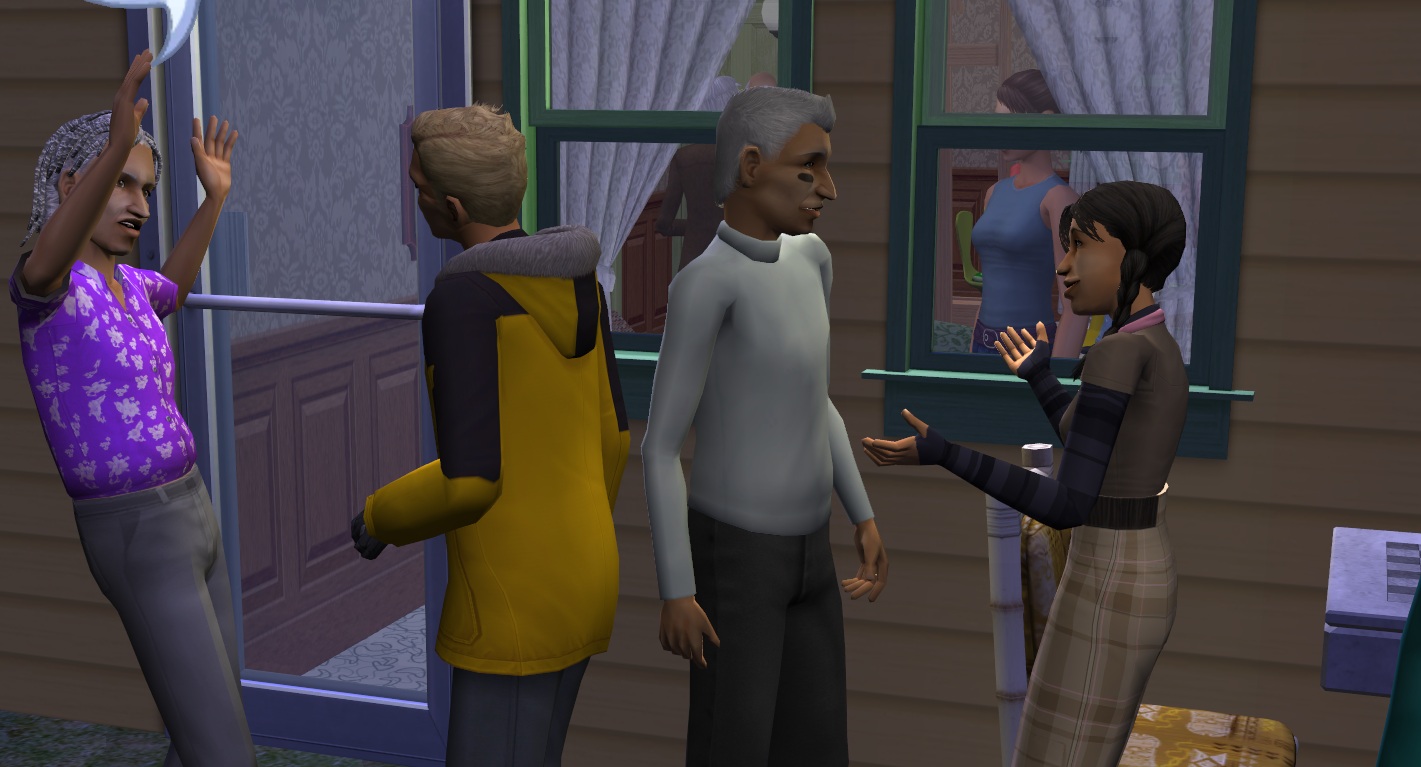 Berit: “Suit yourself – there’s no law against trying!”

Martin: “Maybe not, but maybe there should be!” 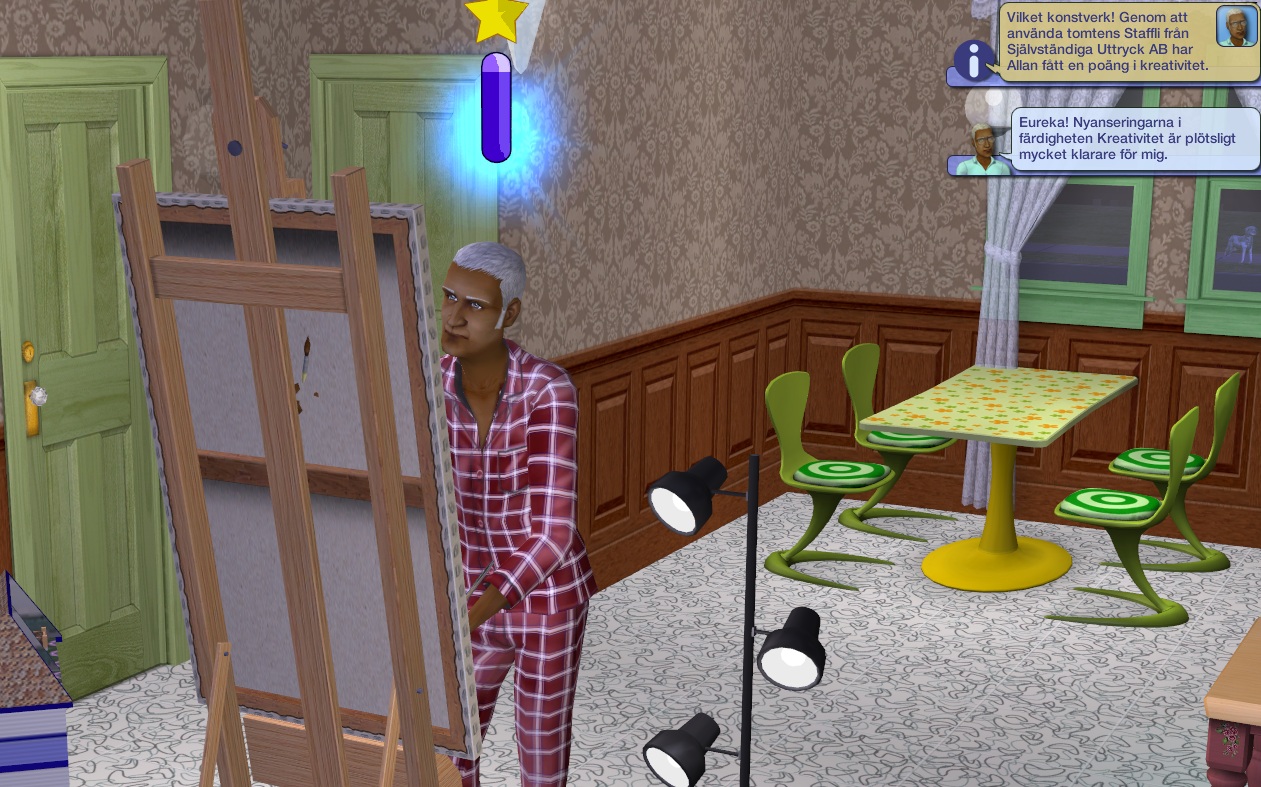 In the meantime Allan maxes his Creativity skill, which was the last one for him, so he has now reached the Knowledge IW. 3p! 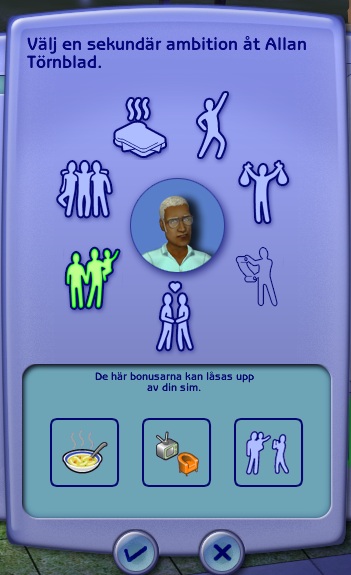 And that makes him so happy that he can choose a secondary aspiration of Family. Lucky him, now he can even learn to make Comfort Soup, which all Knowledge sims wish for at some point in time.