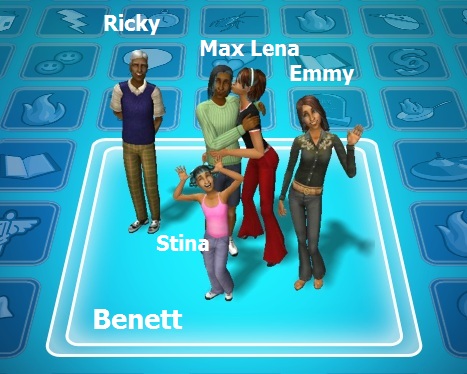 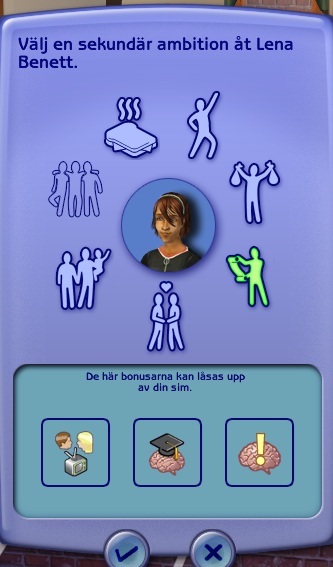 The round start with a check of aspiration levels. Lena has enough to choose a secondary aspiration of Knowledge. 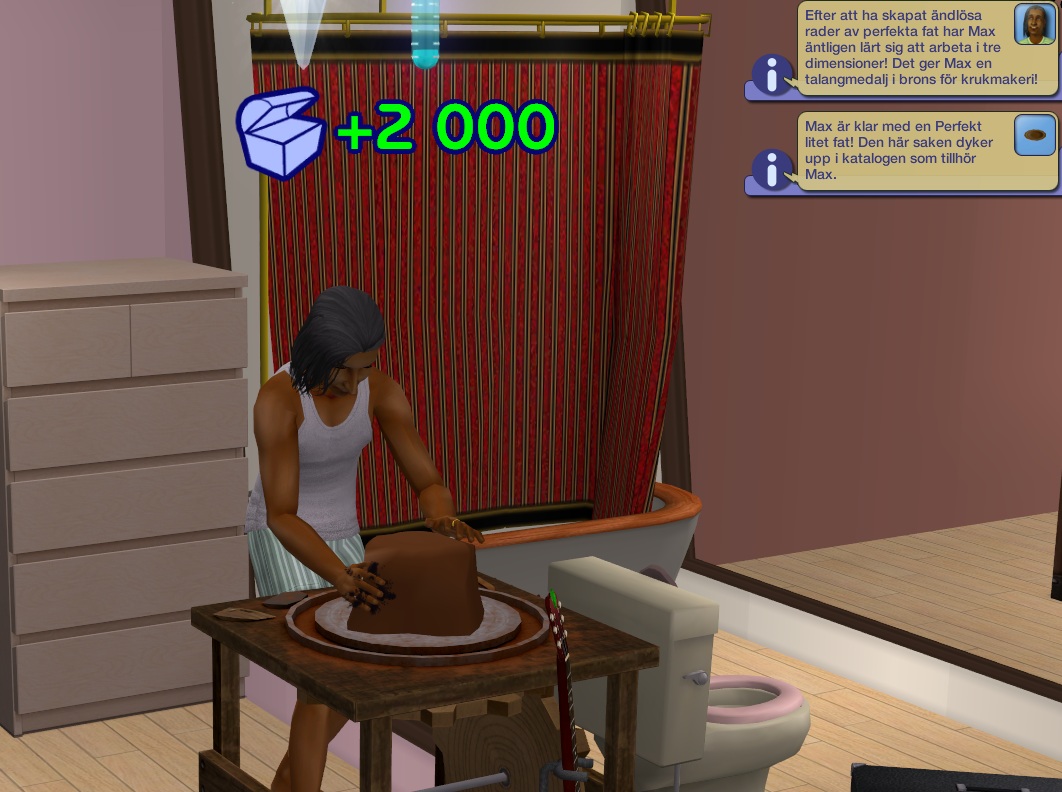 Max true hobby is Arts & Crafts, and he gets a bronze badge in pottery. Then he gets promoted to Coach 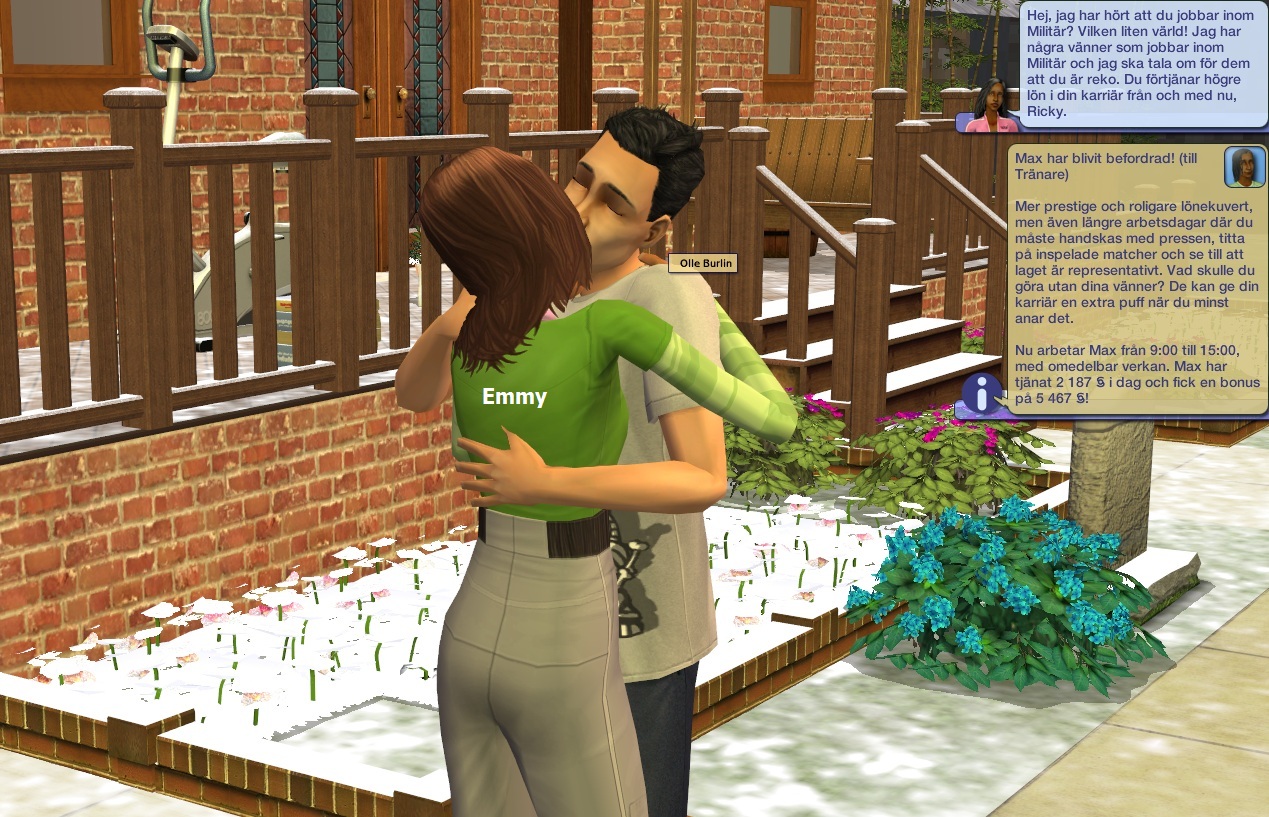 Emmy, who will leave for college this round, invites her intended Olle Burlin over. He’s already in college, since his house is before hers in the rotaition. They still like each other. 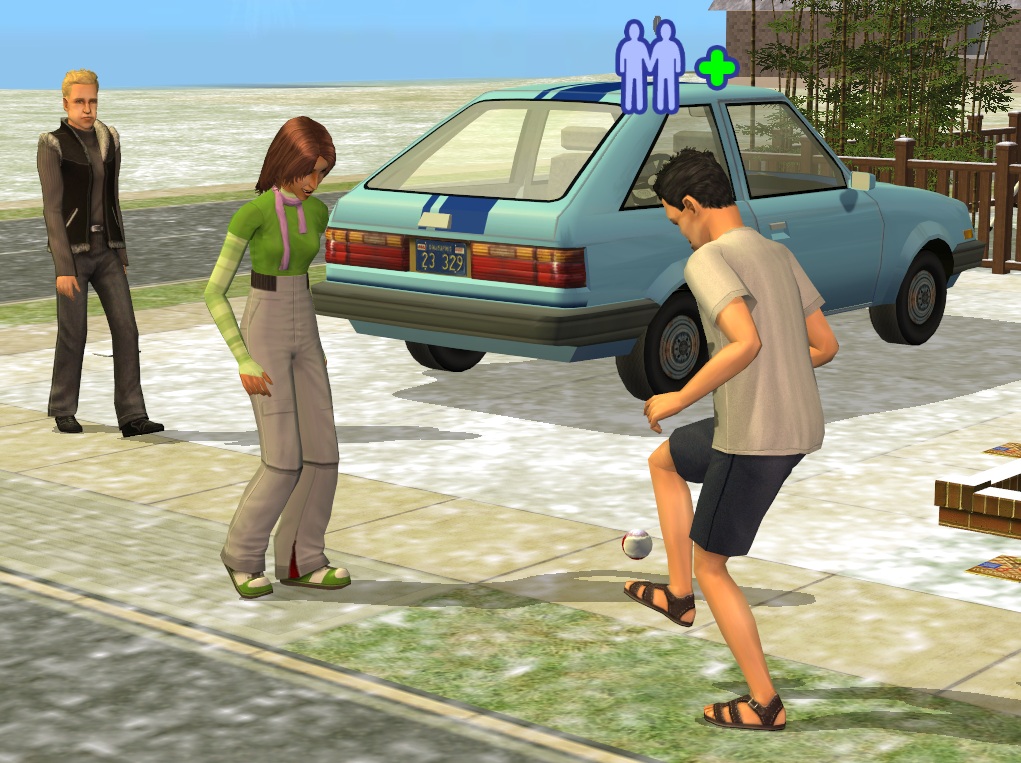 The date is kept pretty innocent. 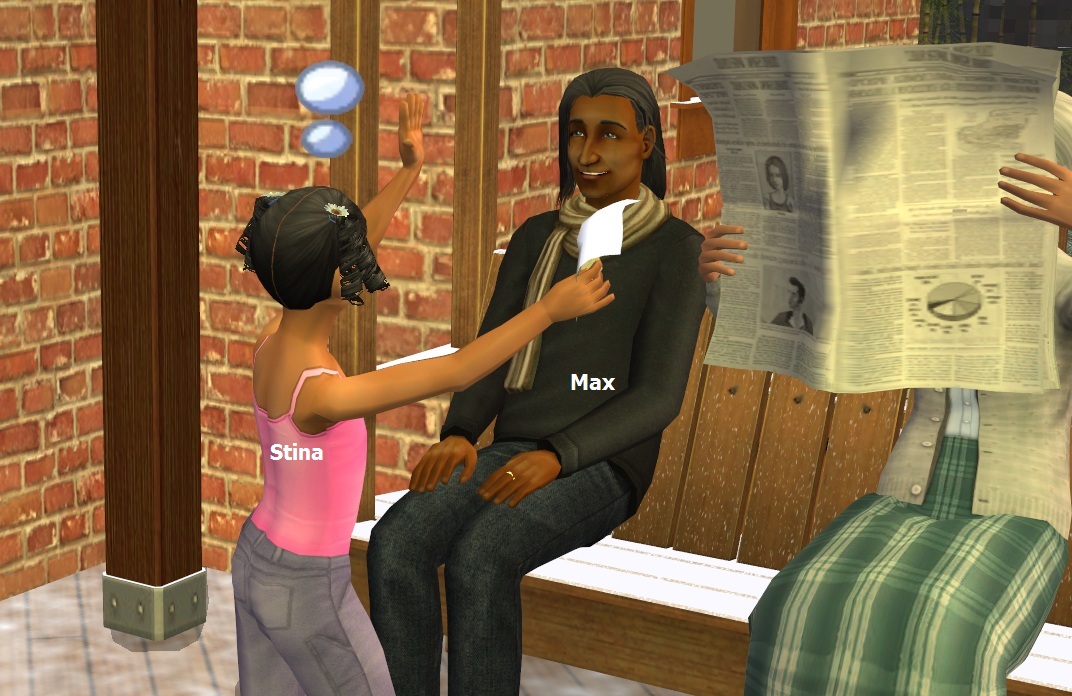 Stina, the baby of the family, comes home with top grades. 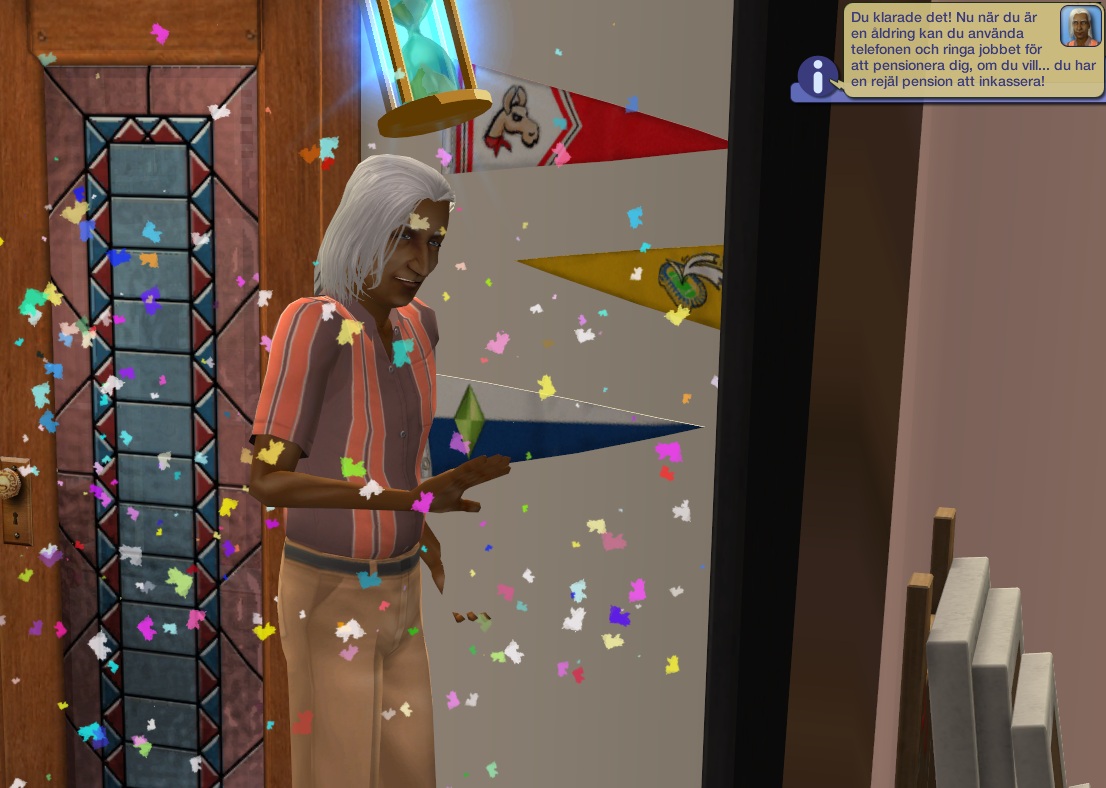 Max works to max (!) his Charisma skill for his job, and suddenly grows up to elder. He’s in platinum mood, so he thinks it’s fine 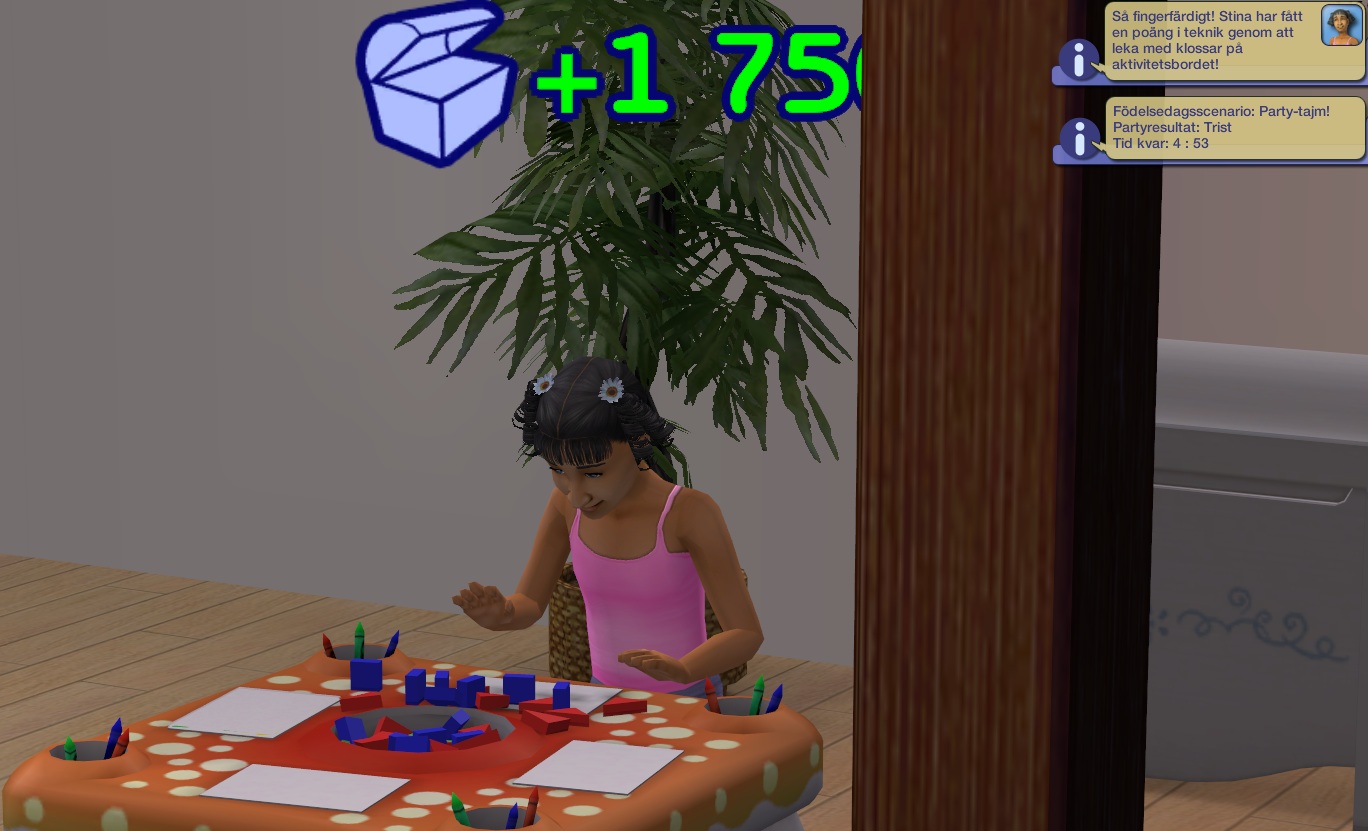 It’s Stina’s birthday, too, but first she gets herself another mechanical point 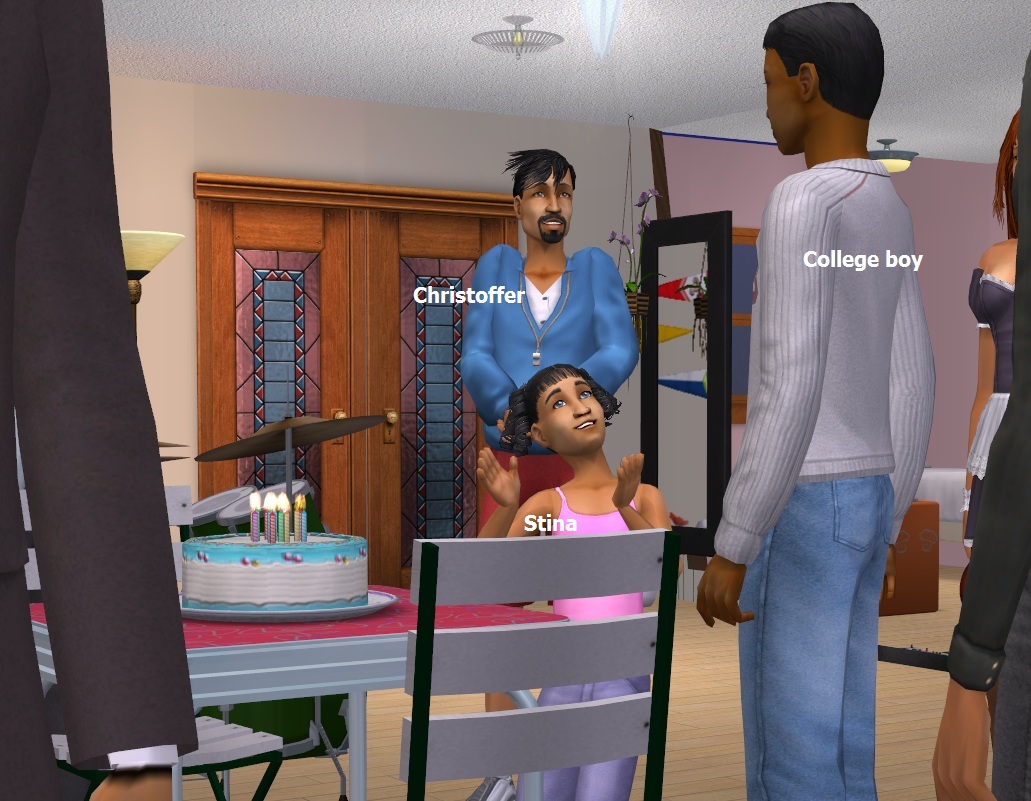 Then time for the cake 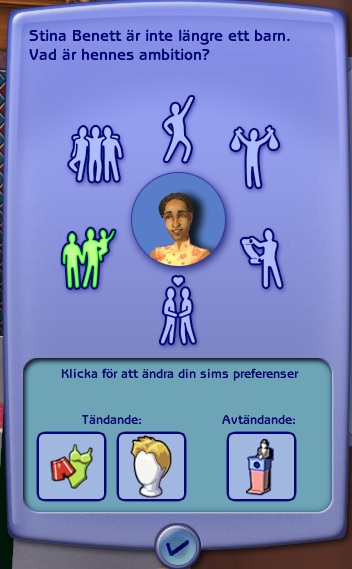 She gets a Family aspiration and a strange haircut 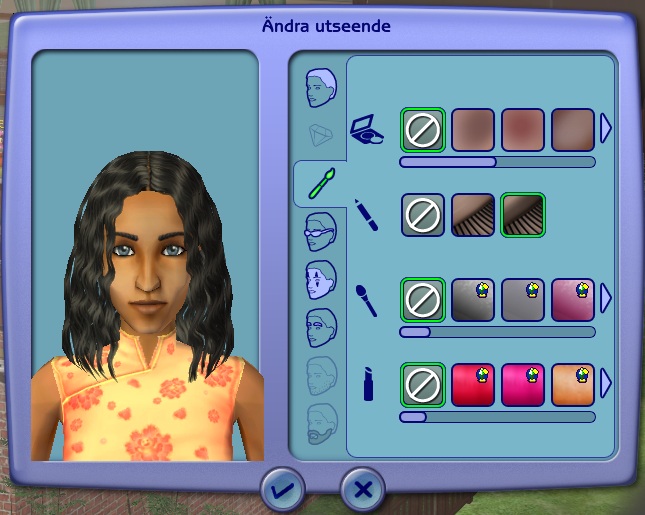 So she gets a makeover and an LTW of becoming Education Minister. That’s ok, so she’ll be allowed to keep her aspiration. 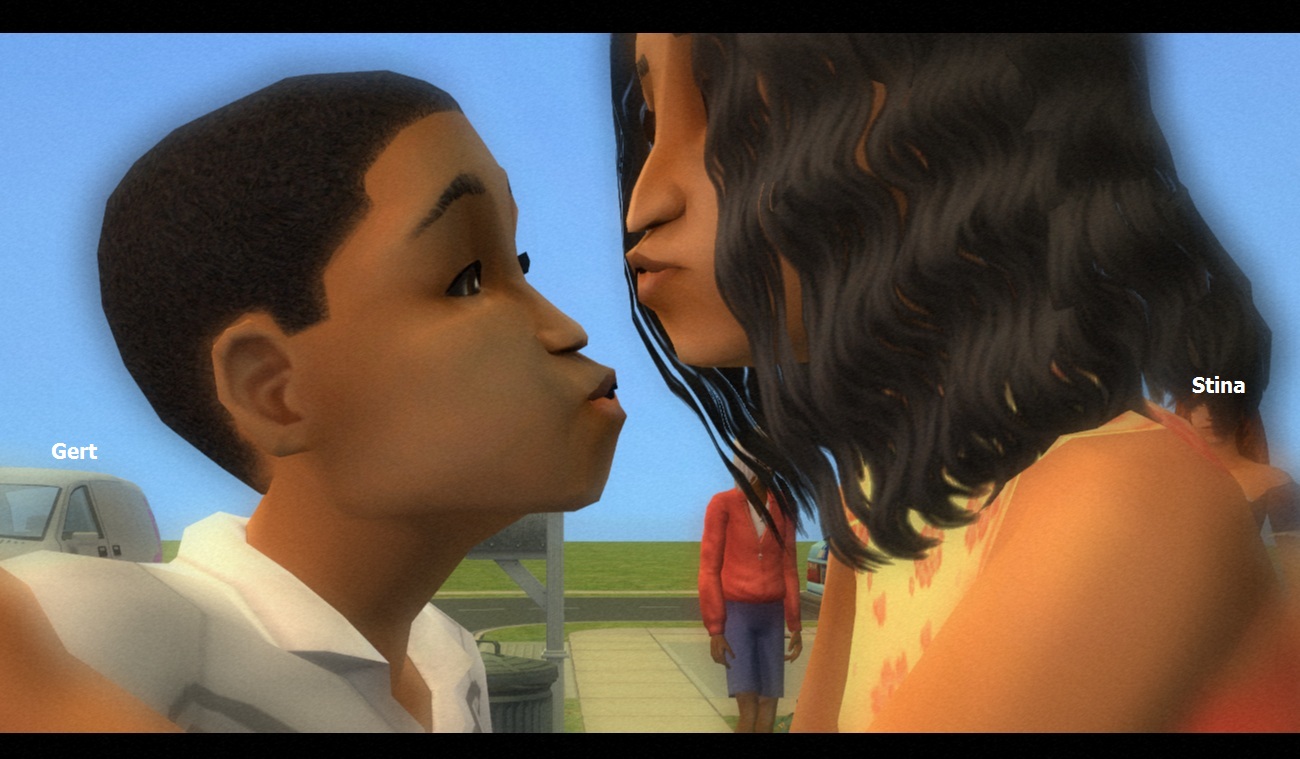 The problem with Family sims is that they are in such a hurry to get hitched. Stina brings home townie Gert Nyman, zero bolts, DR 20, and throws herself at him. Probably it will not last. We’ll have to find a playable intended for her! 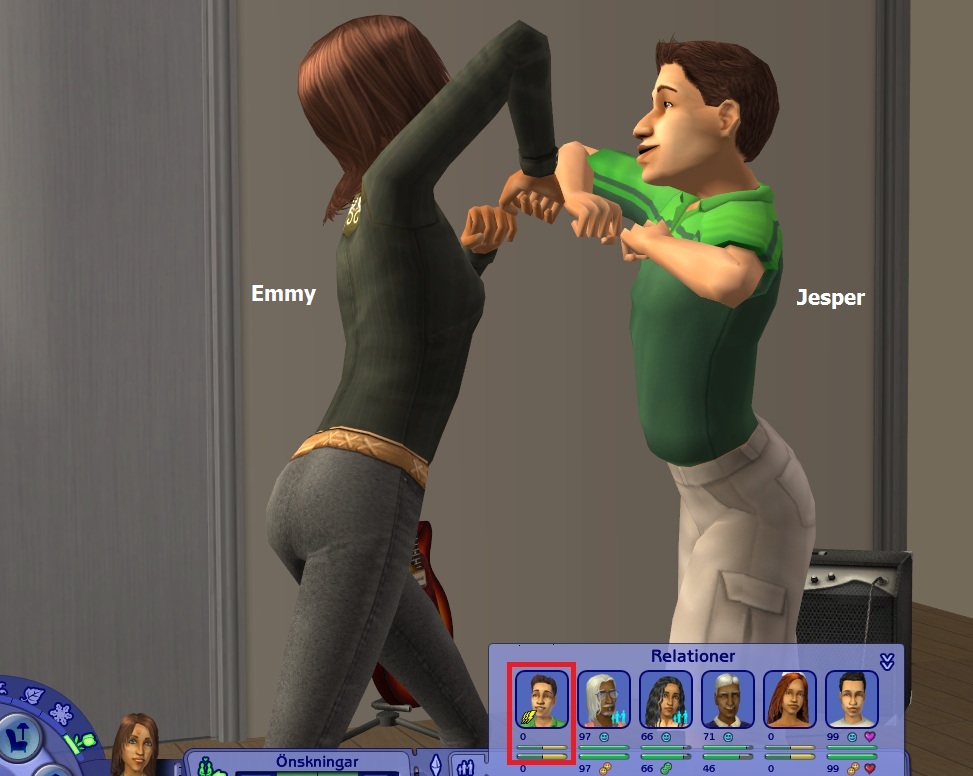 Maybe Jesper Burlin could be a good match for Stina, the SimGodess thinks, and invites him over, just to find that EMMY's got three bolts with him. Oh, well, we'll see. She will be rerolled in college, since she's got that terrible LTW of wanting 20 simultaneous lovers. 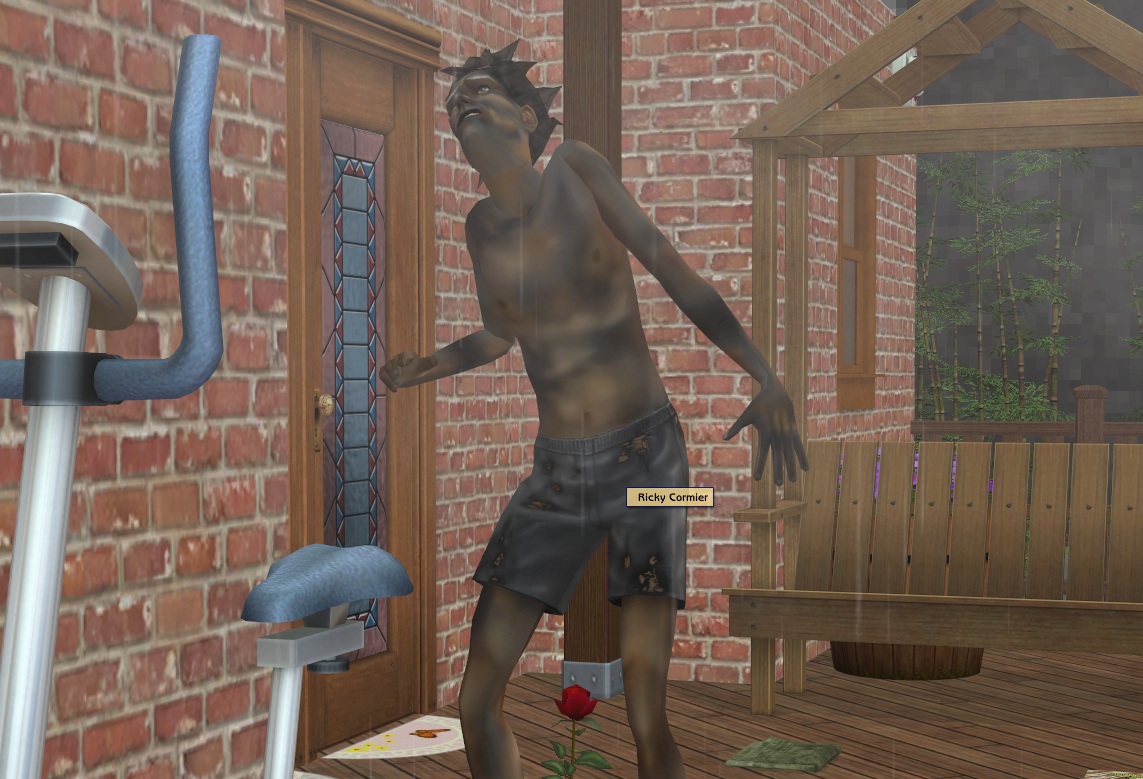 Ricky, Max's biological father lives in this house, too. He tries to work out on the exercise bike, but gets hit by lightning. 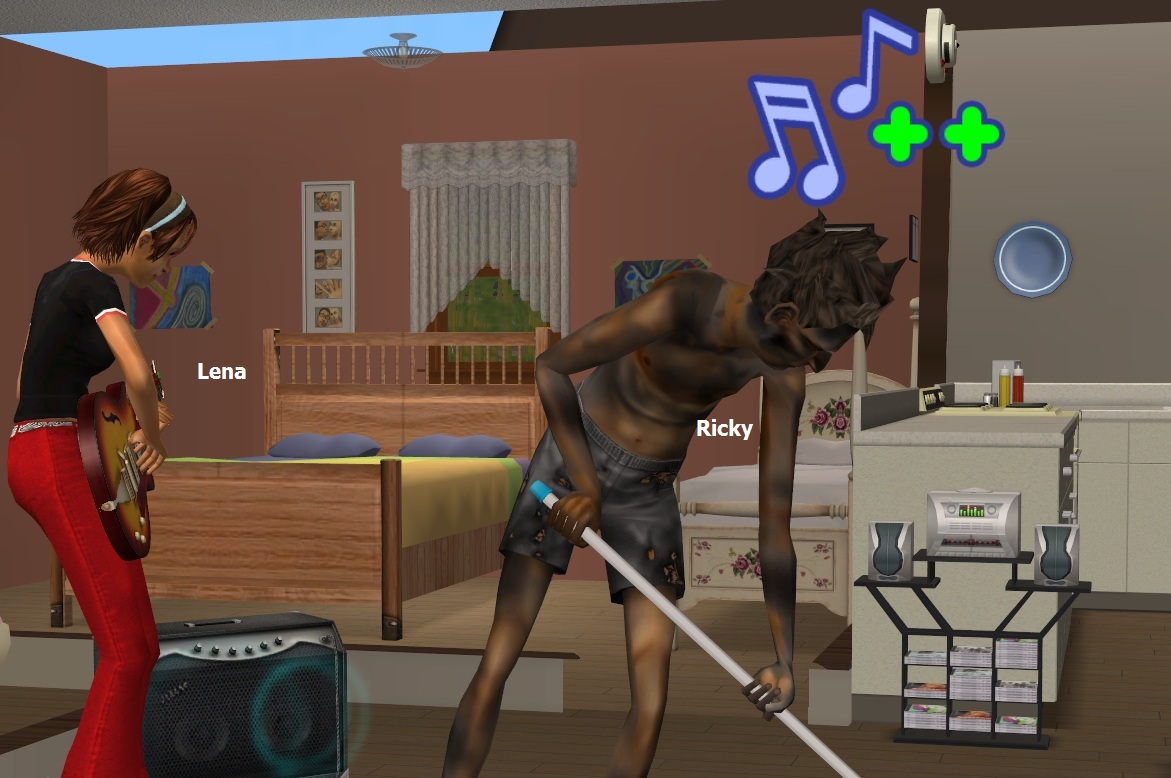 Miserable and worn out, he doesn't take a shower or go to bed, but starts cleaning, and gets some musical enthusiasm from it. 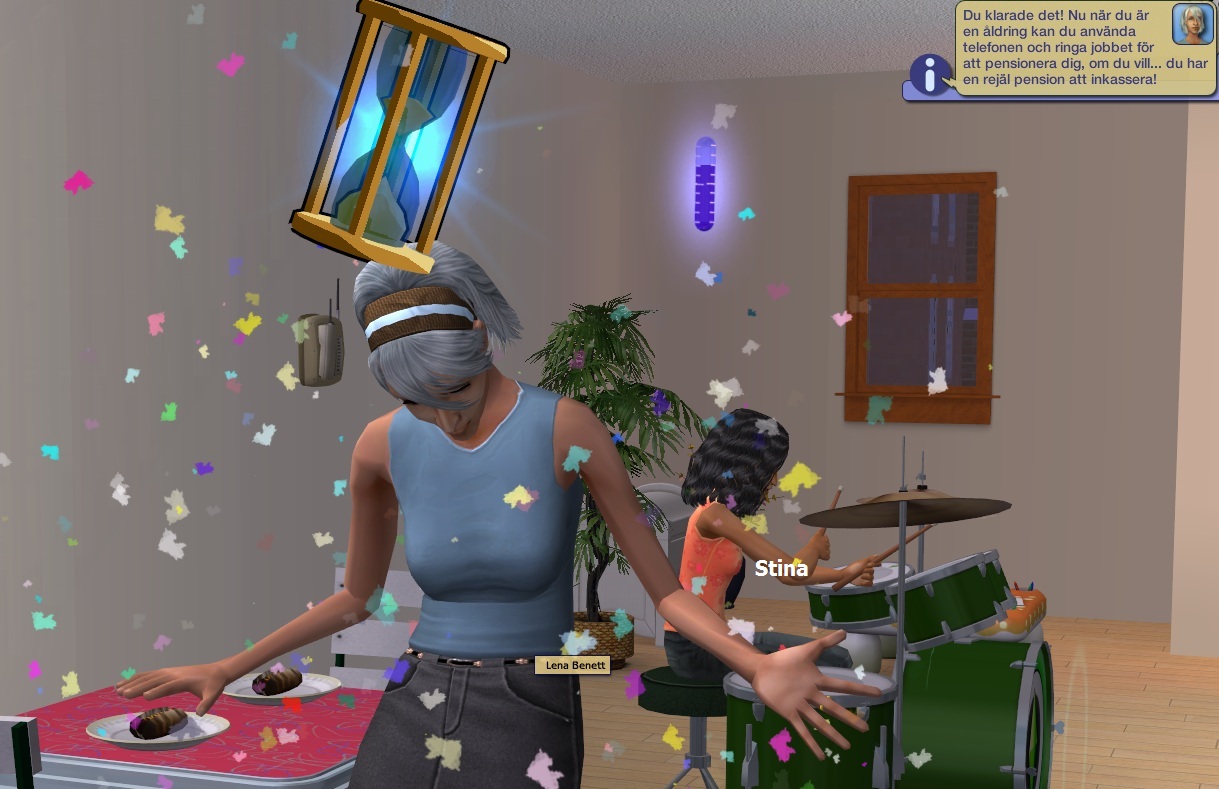 Lena suddenly becomes an elder, too. Generation 2 is certainly growing up! 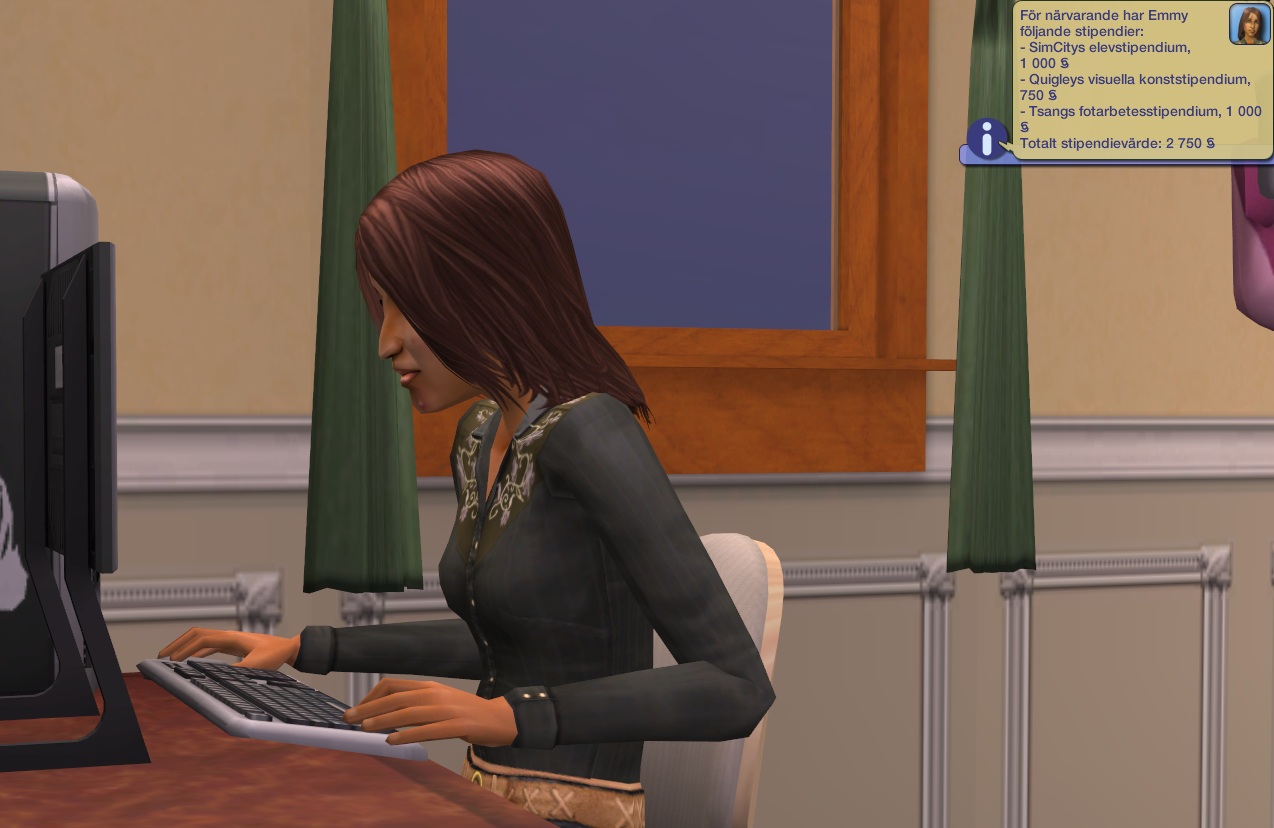 Then off to Uni with the romancer. She has landed three scolarships, for grades, art and dance. 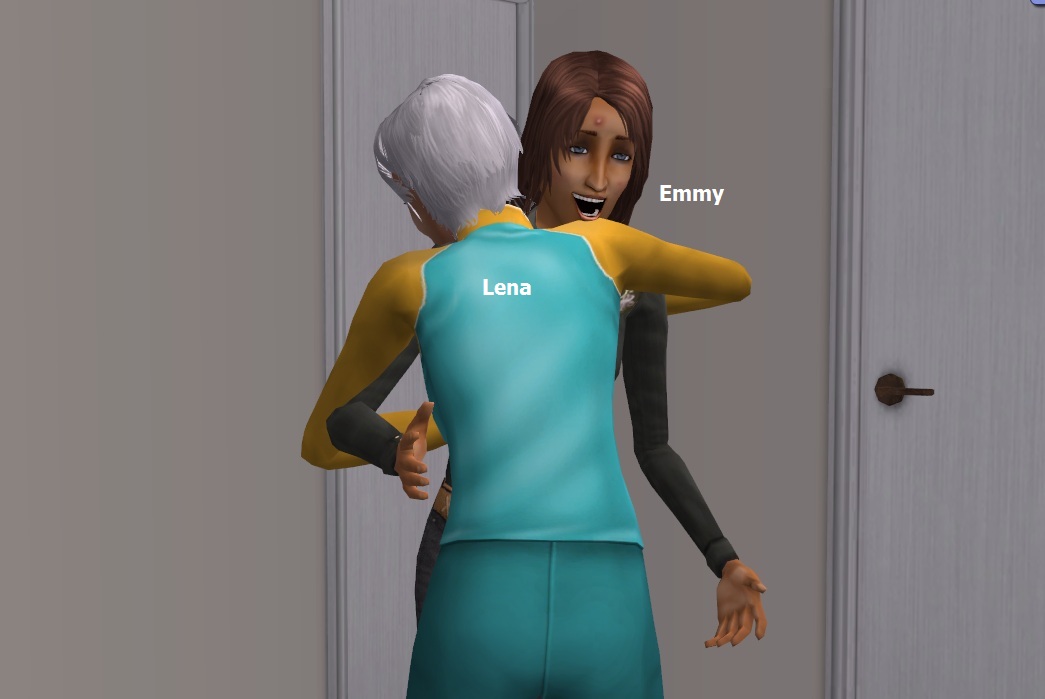 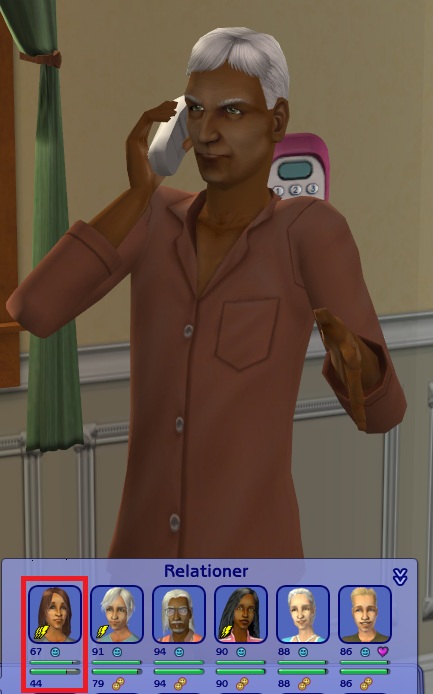 Ricky misses Emmy since she went to college. Eeww, he’s her grandfather, even though the game forgot it when Max was adopted. This unhealthy attraction is another reason to change Emmy’s aspiration! 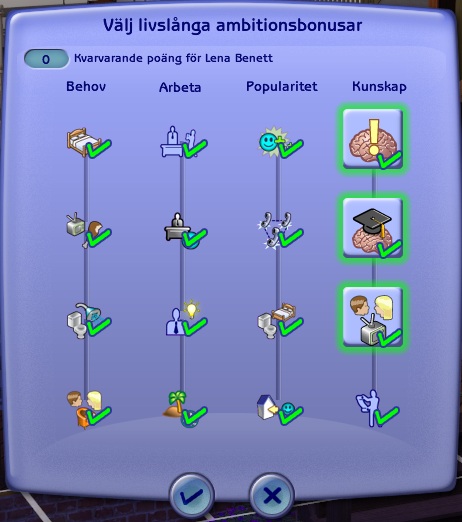 And we end the update with Lena’s filled aspiration panel. 3p!