Previously at Norrbo, Åsa looked for a job in journalism, but couldn't find one, so she continued to work at the law firm. Frida grew up to child and tried to be friends with Jacob Burlin. 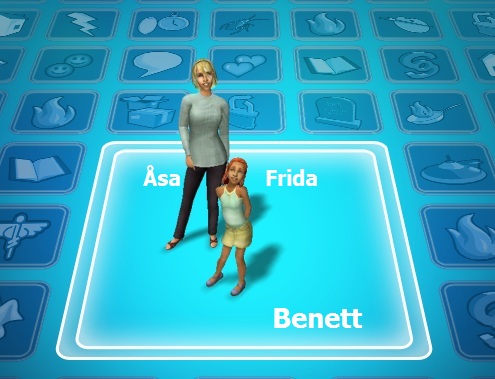 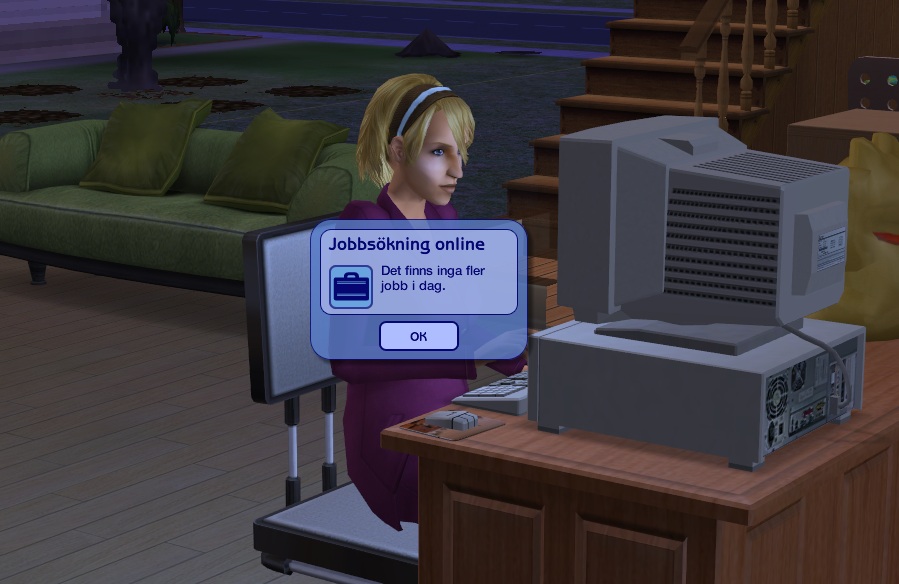 Åsa works in the Legal career. She wishes for a job in Journalism, but cannot find one 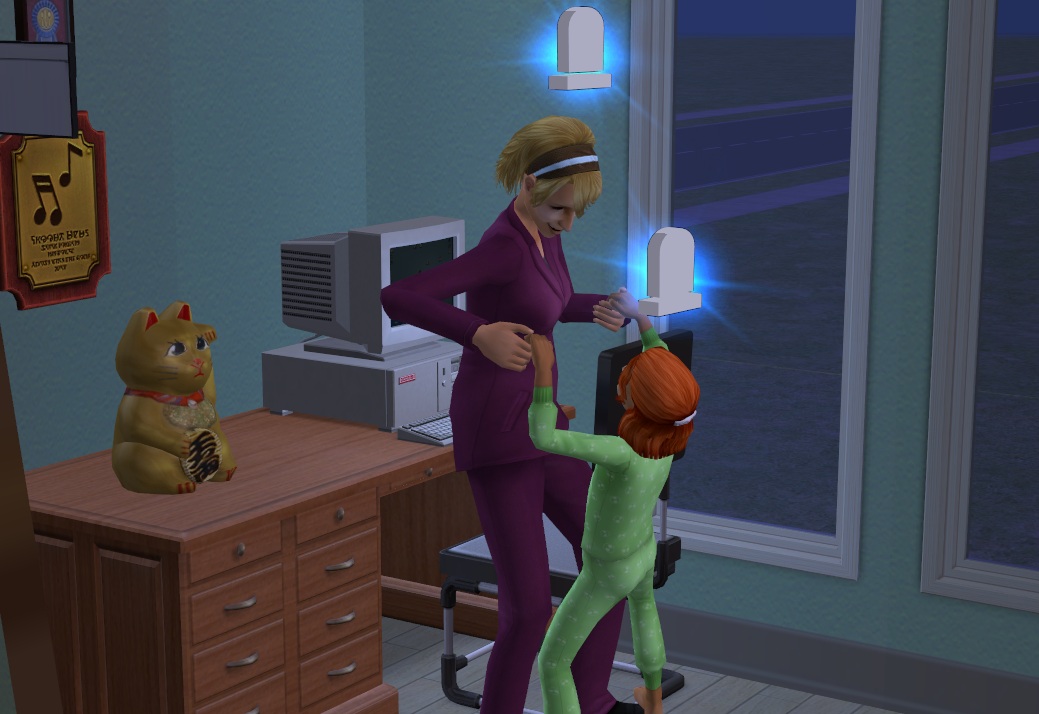 Åsa is a single mother of Frida. She never wished for Frida’s father Gunnar to move in. Mother and daughter have a good life, but not a lot of money, so when they both inherit some money from Maja, Åsa’s mother, they dance a happy dance, despite the tragedy of losing mother and grandmother. 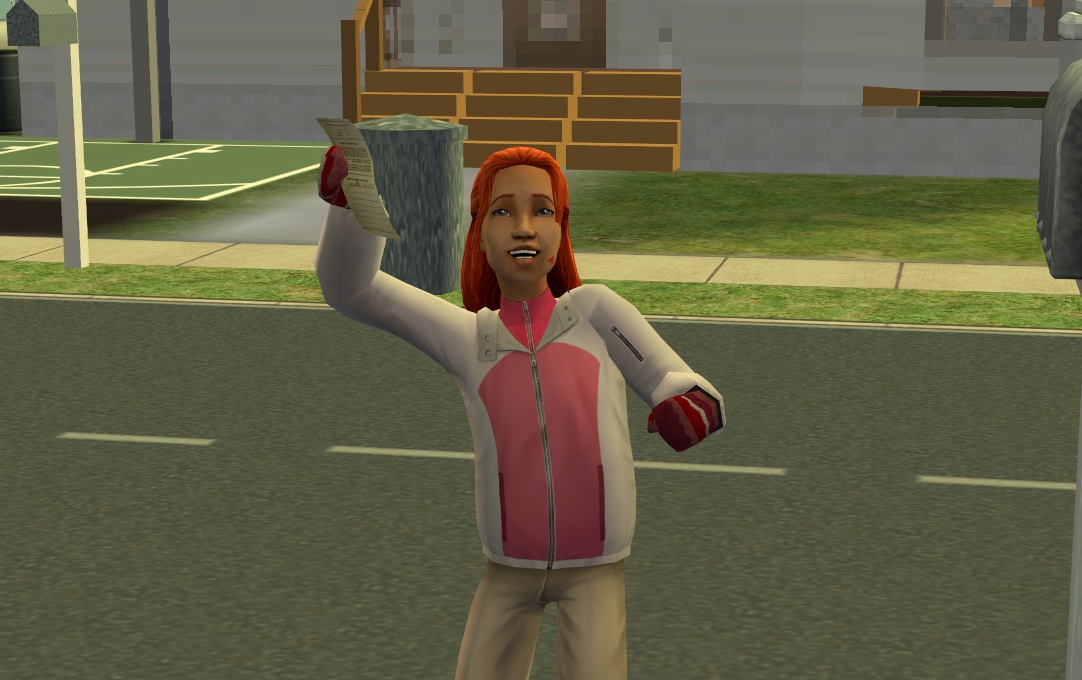 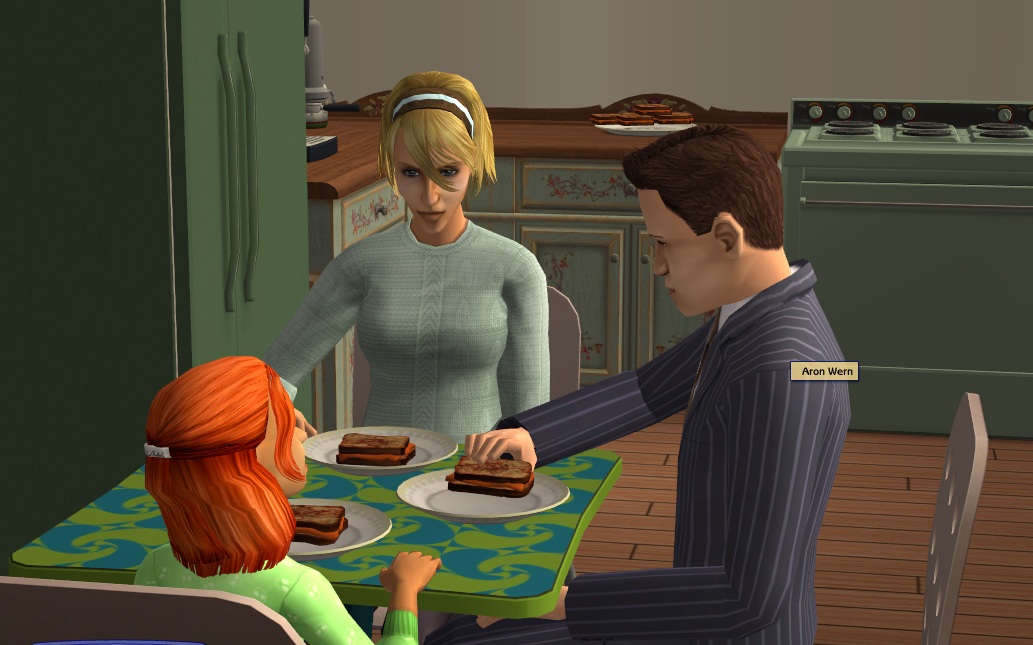 Åsa invites Aron Wern for dinner. They work together, and it’s always nice to cook for someone else than just yourselves. 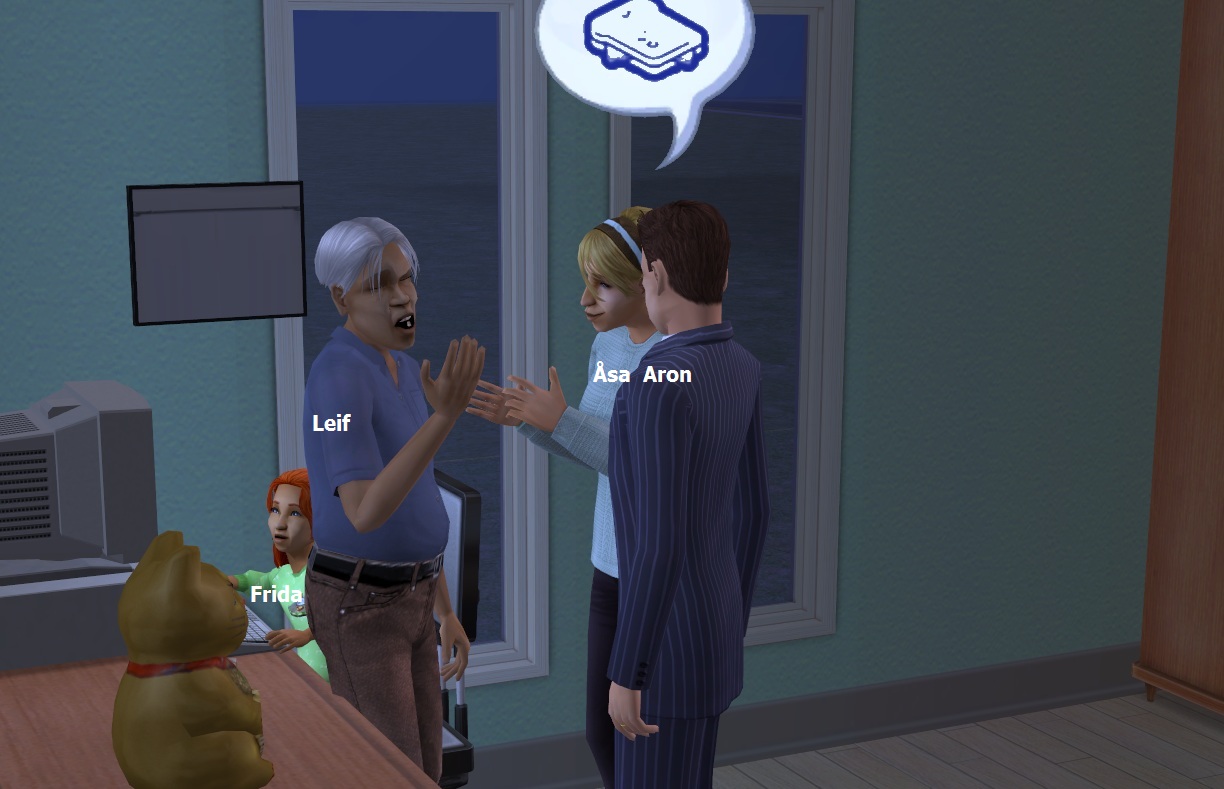 Leif, who was married to Åsa’s mother Maja comes by too. Åsa thinks he might want some company now when he’s a widower. He’s not interested in Grilled Cheese, though. 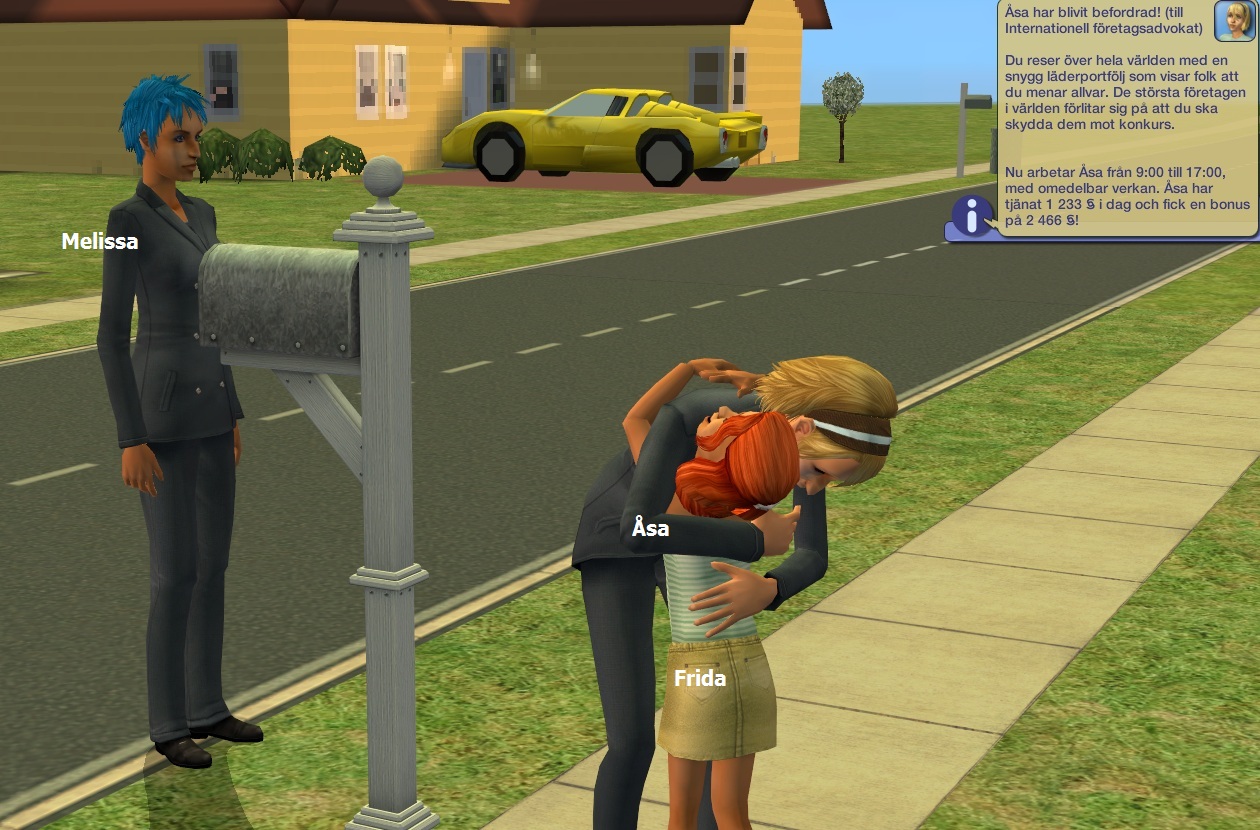 Åsa looks for her desired Journalist job every day, but cannot find one. In the meantime she succeeds in her Legal career and gets promoted to International Corporate Lawyer. Today Melissa (Montell) Ljunggren comes home with her. 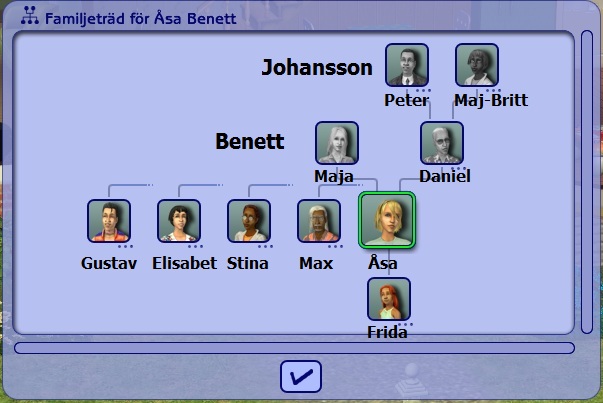 Åsa was born out of wedlock,when her mother Maja was a live-in mistress to Daniel Johansson. Due to that she’s got a lot of siblings with different history. Max is really her cousin, son to Daniel’s sister Livia. He was adopted by Maja as a child. Stina is Daniel’s daughter with his wife Sofie. Gustav and Elisabet are Maja’s children with Leif Hartwig, her husband, who helped her get out of Daniel’s grip. 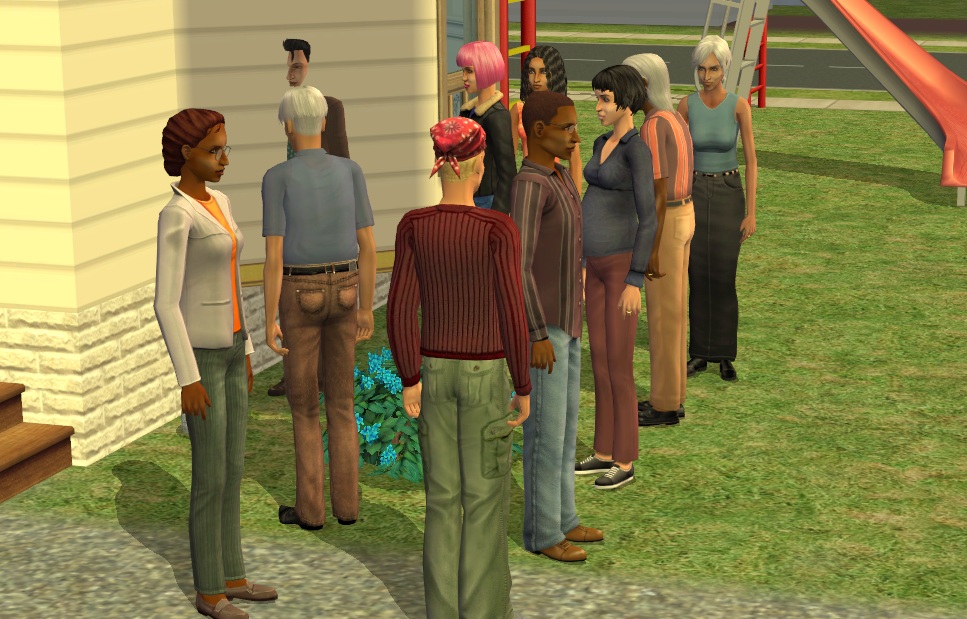 Family Sunday! Most of Frida’s cousins are too young to attend. 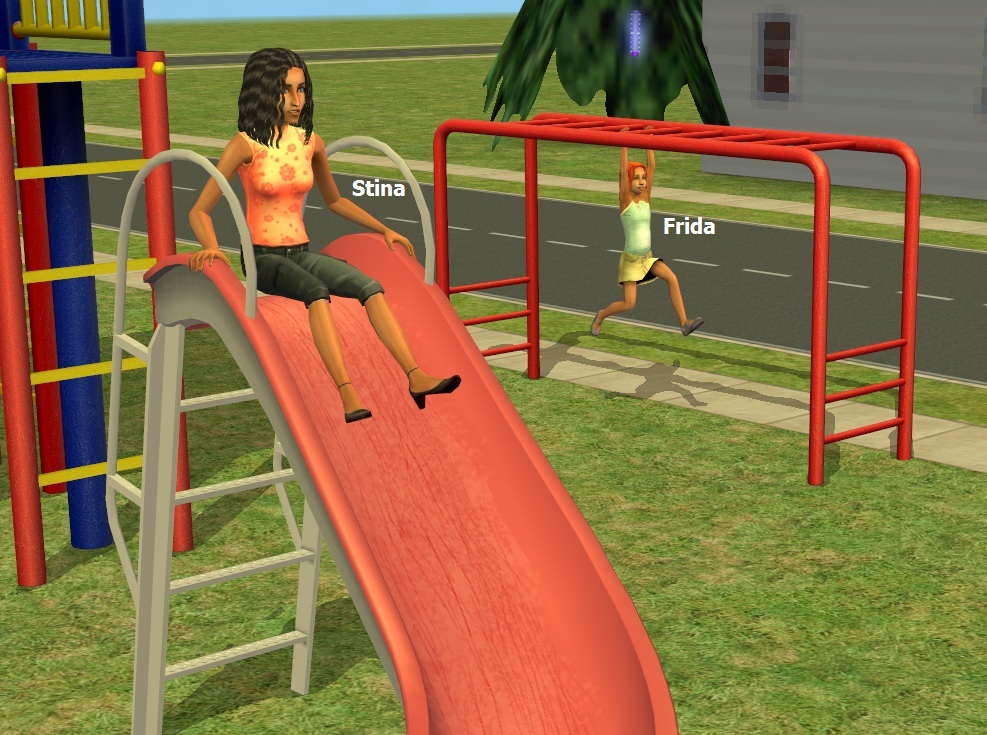 Only Stina, Max’s daughter is here. She’s not too old to play on the playground with Frida (didn’t know that teens could play there) 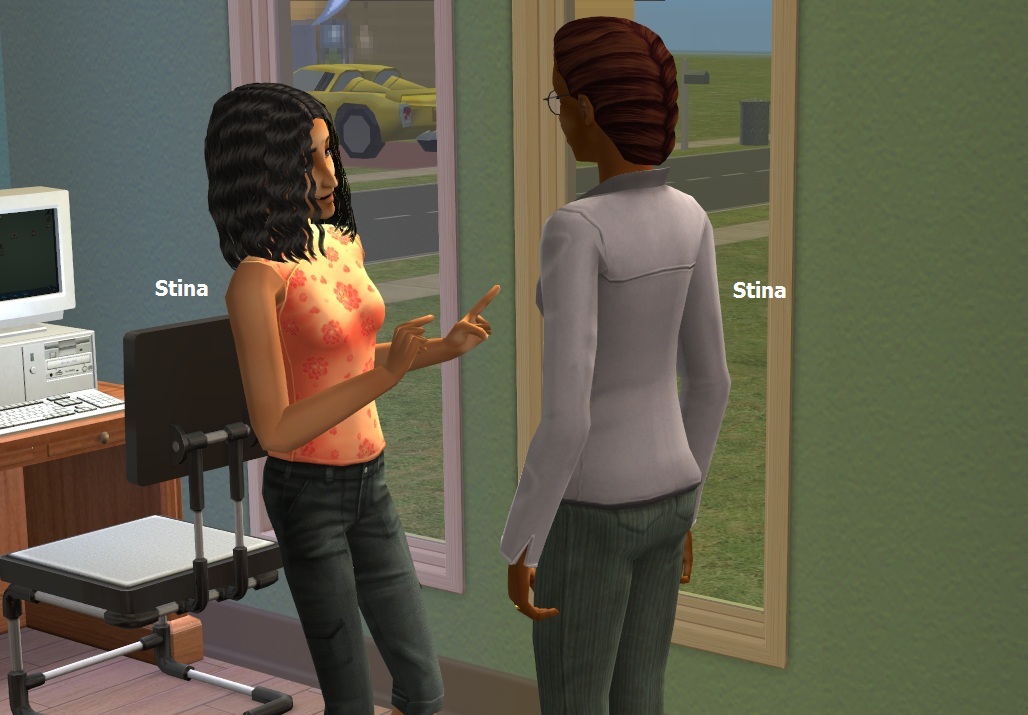 Stina talks to her sort-of aunt Stina. Max grew up in the same house as Stina the older. She is his cousin. 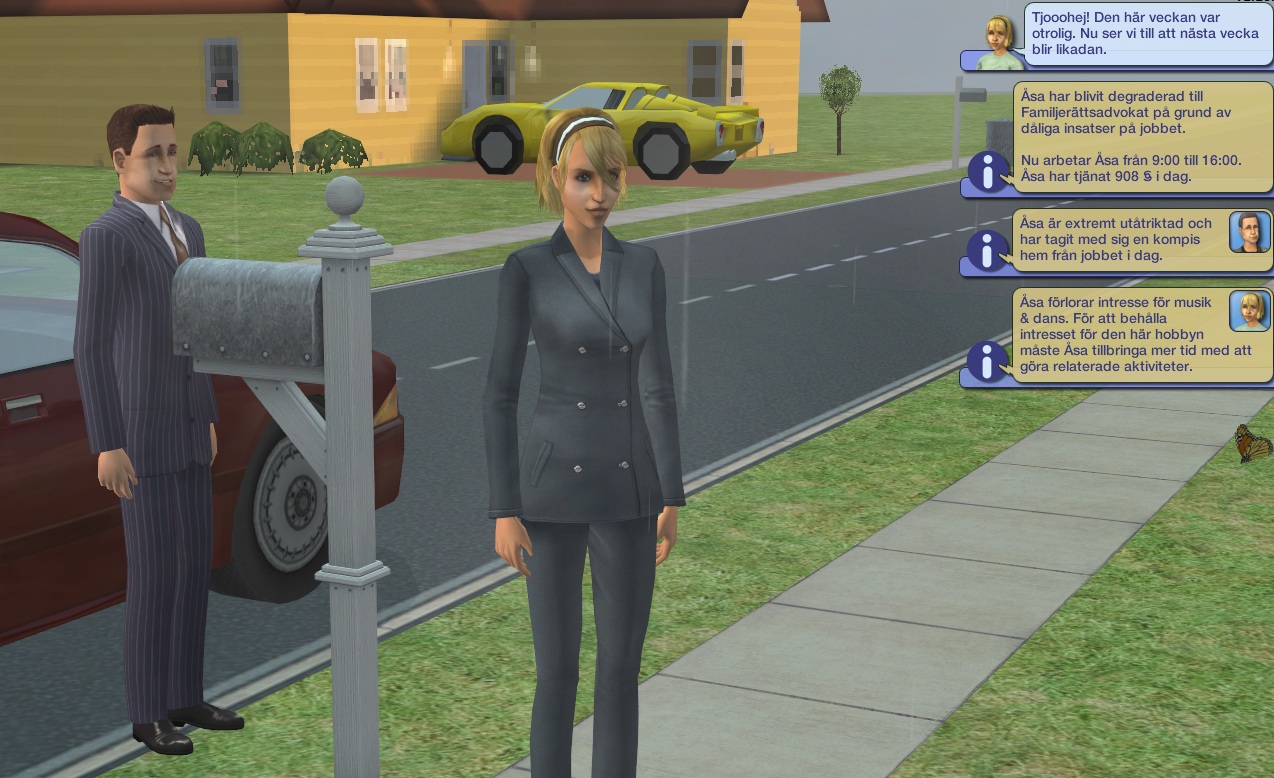 Then Åsa gets demoted due to a bad chance card, and her Journalist job is still not available. Aron comes home with her. 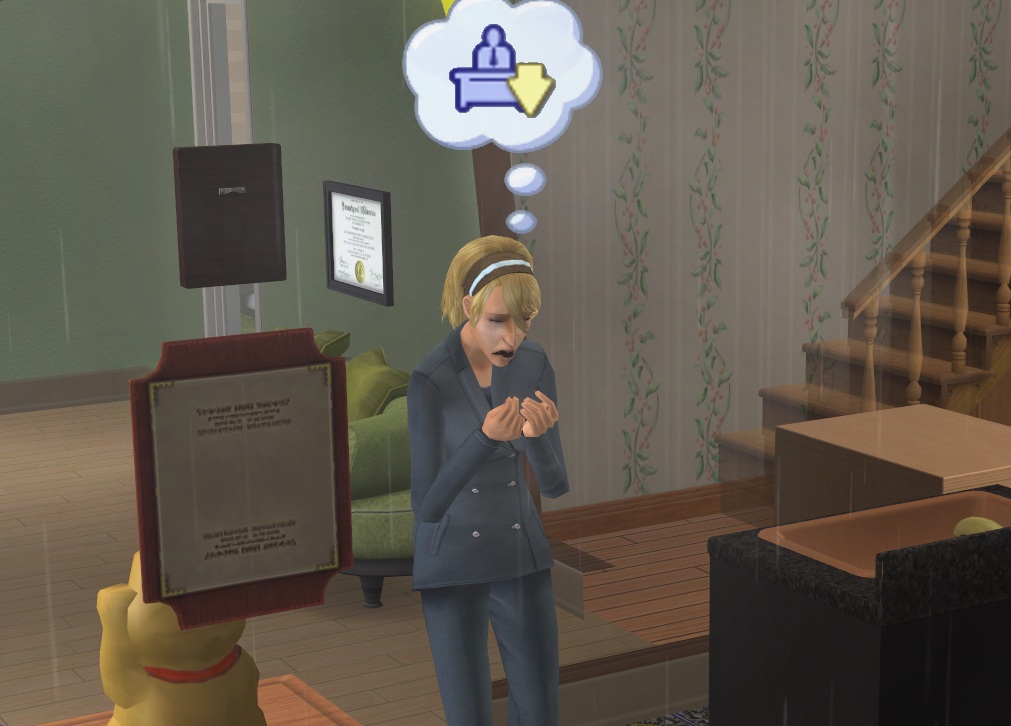 She is really depressed over the demotion. 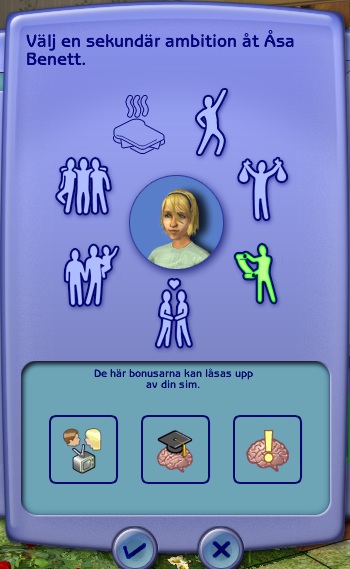 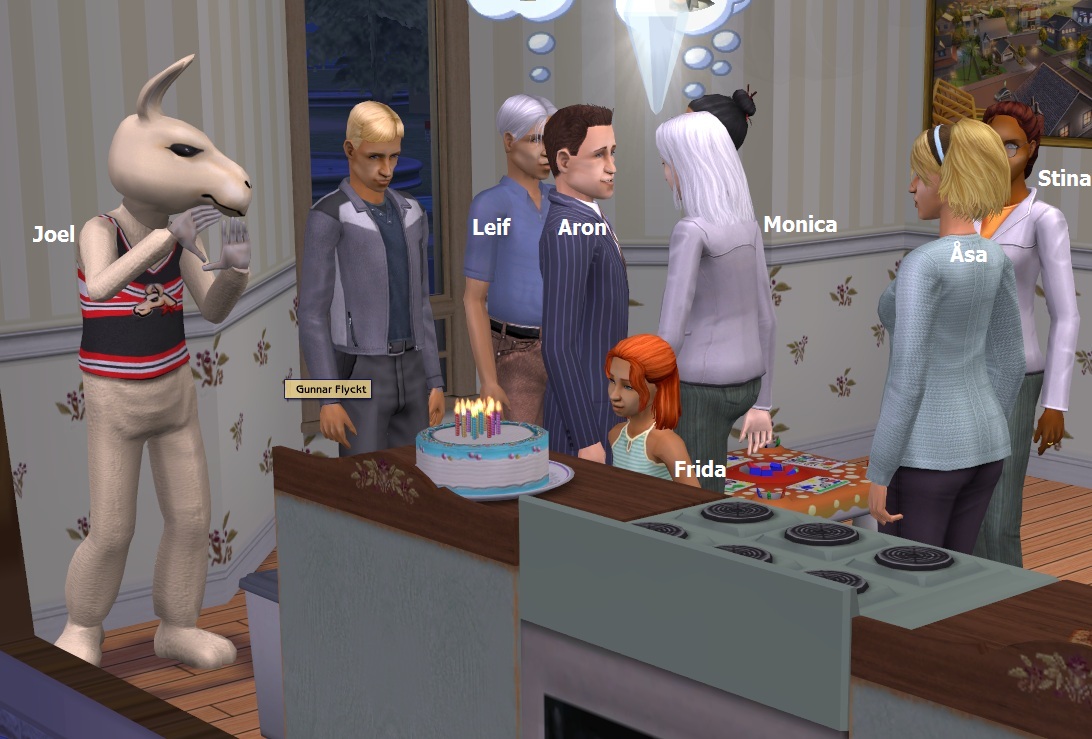 And it’s time for Frida’s birthday. Her father Gunnar is invited to the party. 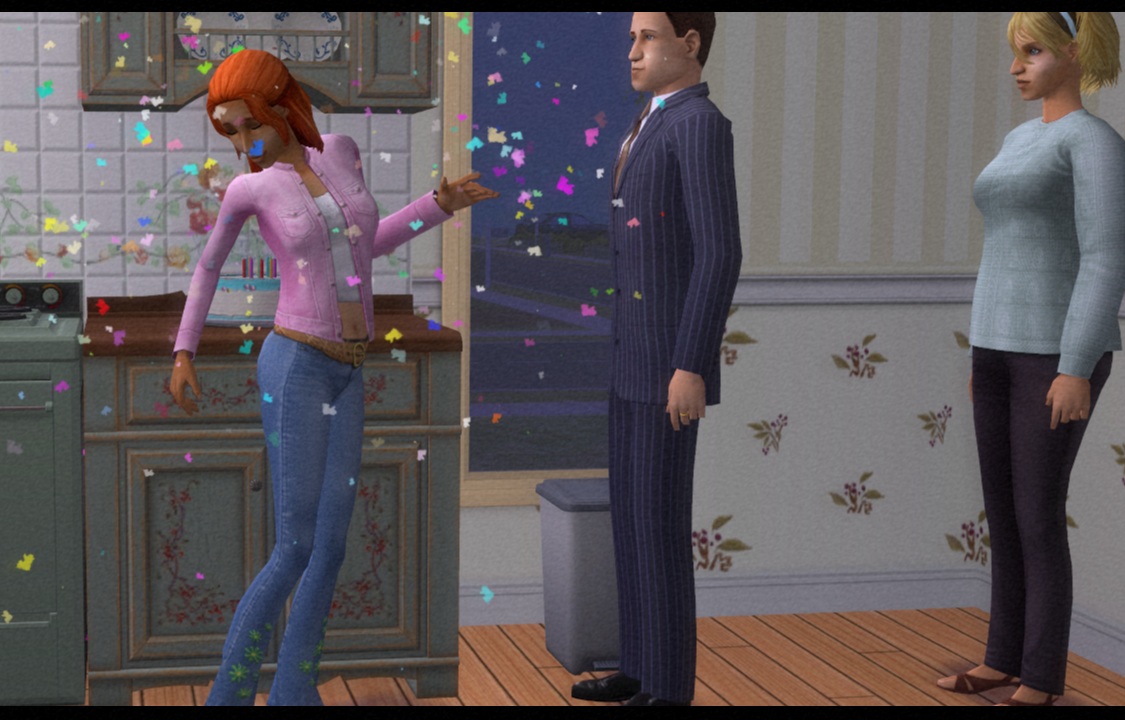 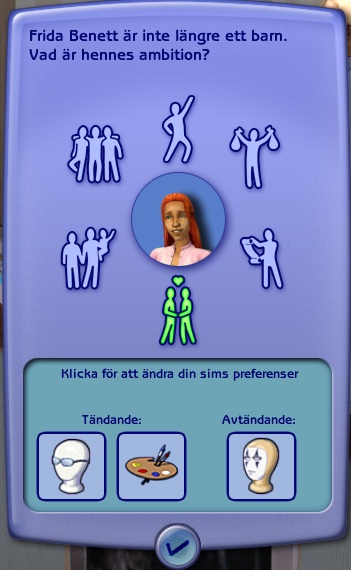 And Frida grows up to be a Romance sim with an LTW to woohoo 20 sims. Since she’s not an heiress to an original house, she will be allowed to keep her aspiration. Let’s see how many risky kids she’ll get ;) 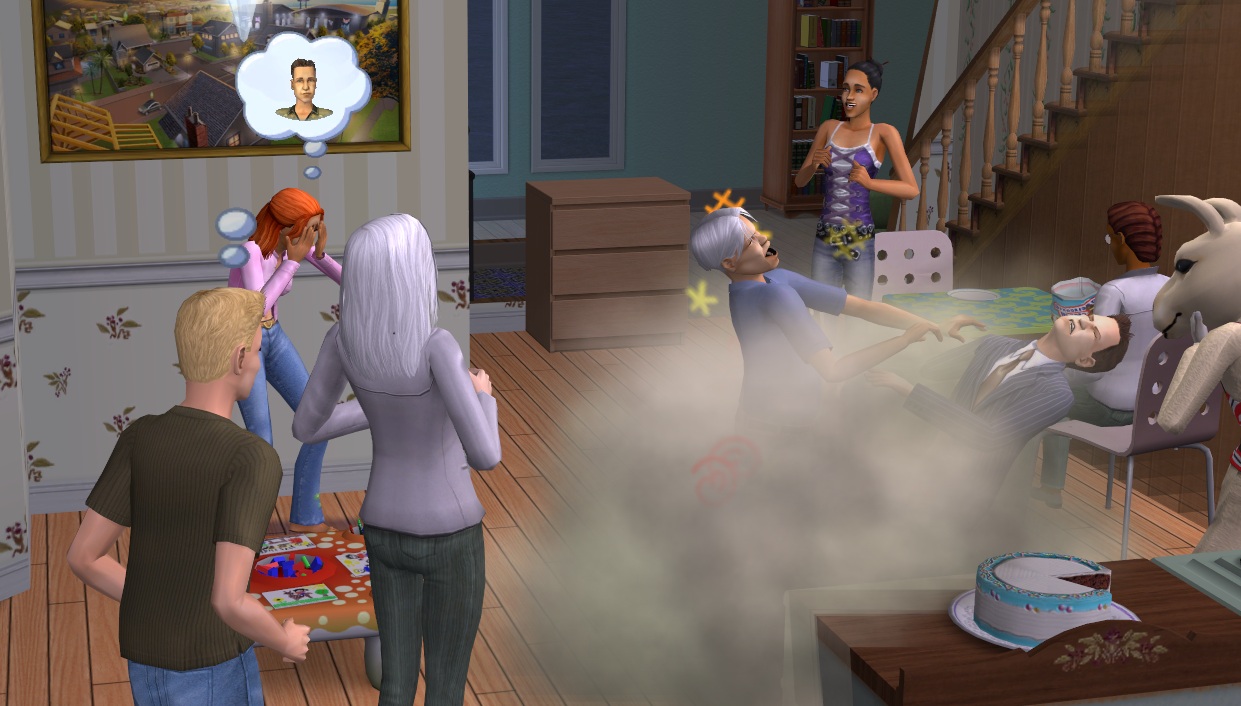 The party ends with a fight between Frida’s step-grandfather Leif and Åsa’s friend aron. Probably Leif is still out of balance since the loss of his wife. 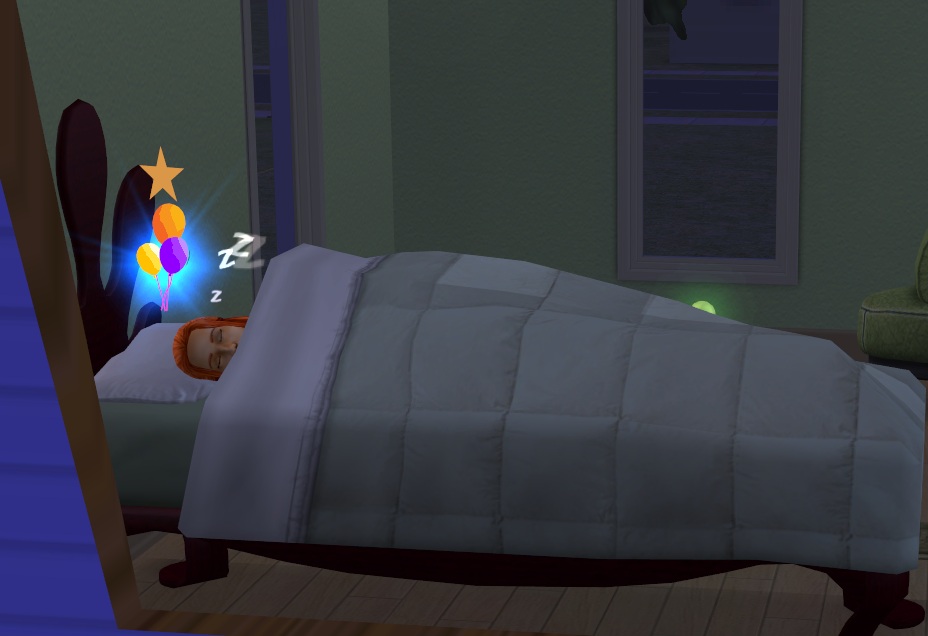 In the end it’s a good party, though 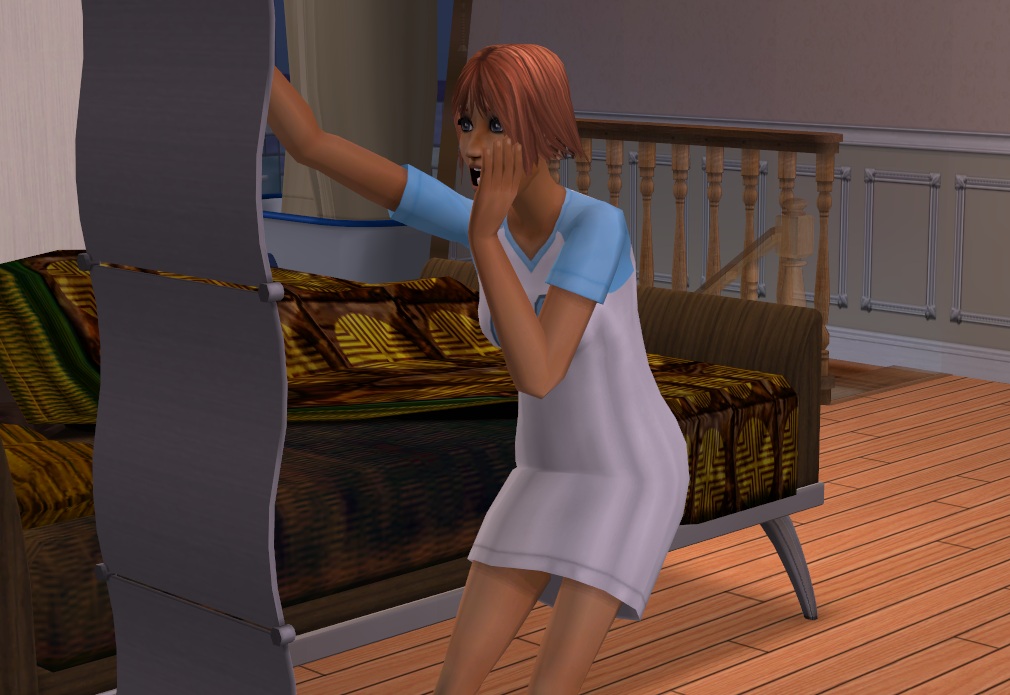 And as a last measure, Frida gets a new, more romancy look that she loves