Previously, the inhabitants of this apartment were kicked out of their home by their furious exes, all due to adultery 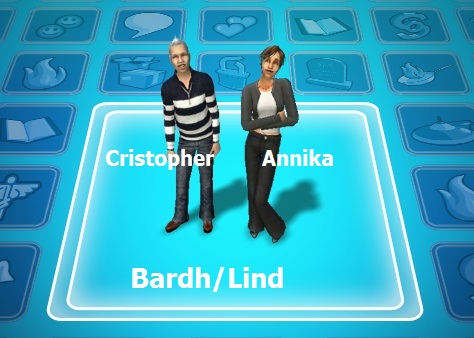 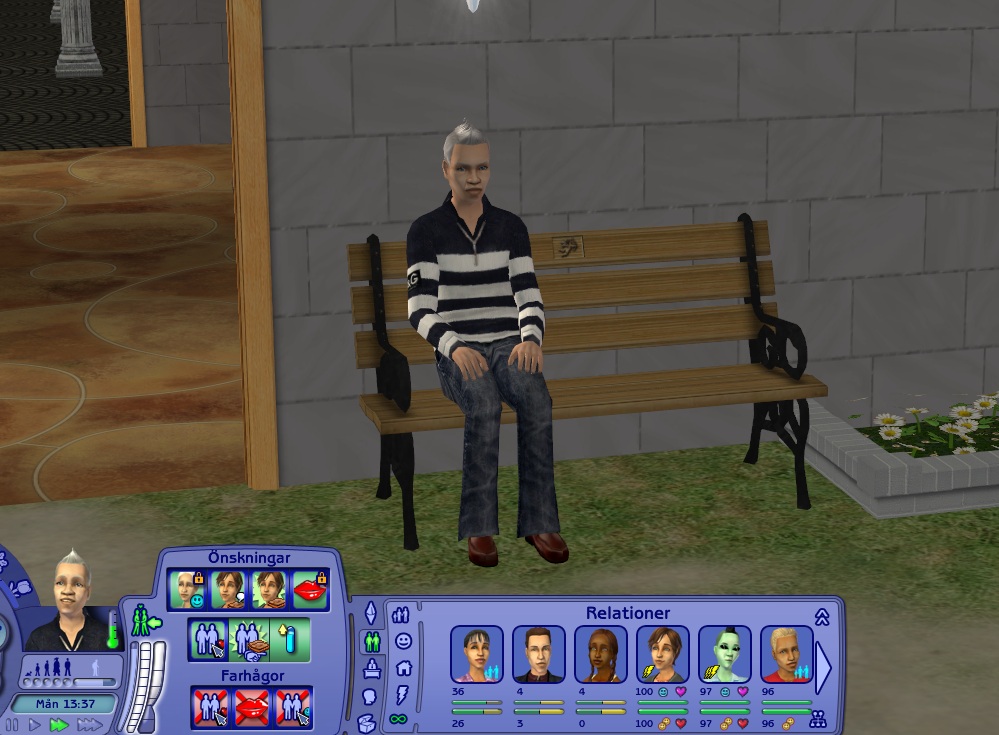 When Thea kicked Cristopher out, he rented an apartment in Bluewater. He’s very much in love with his daughter-in-law Annika Lind, but not only her of course. Note that Cristopher has seven want panels – I never saw that in any sim before – when is that happening? 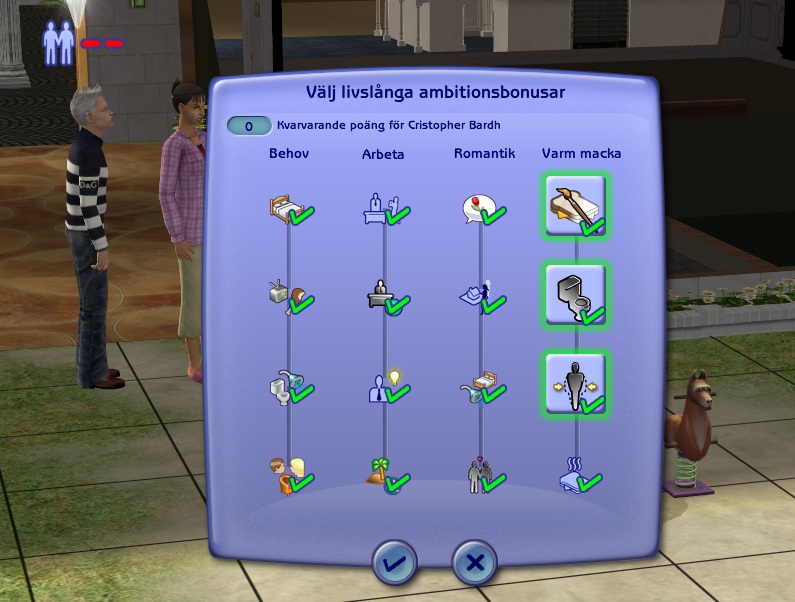 He does have had a fulfilled life, so maybe that’s one reason. He fills his aspiration panel and earns 3p, but his relationship to his grand-daughter Cecilia is dwindling. 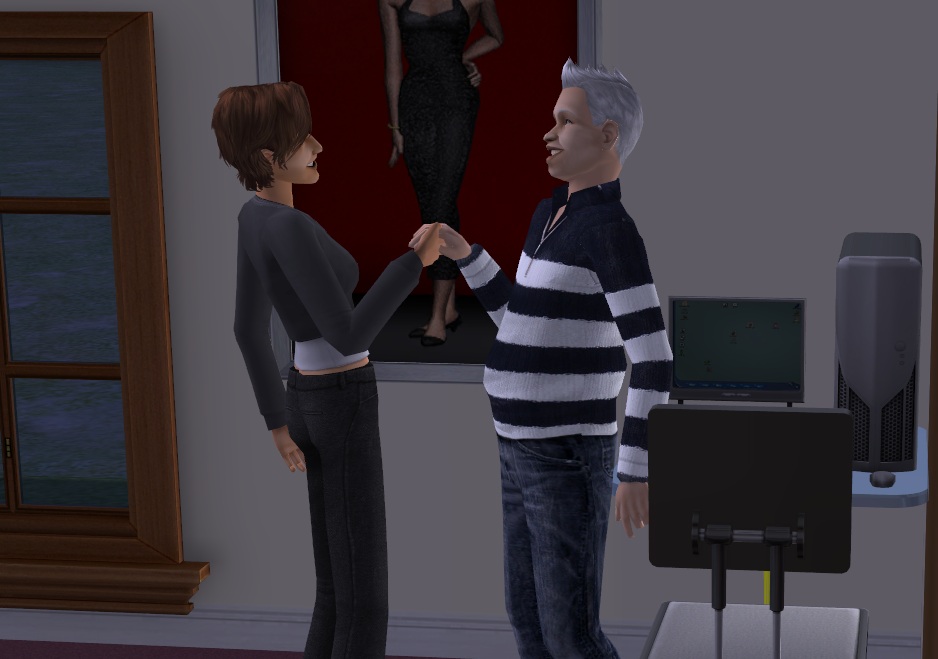 When Simon kicked Annika out, it didn’t take her long to move in with her former father-in-law. 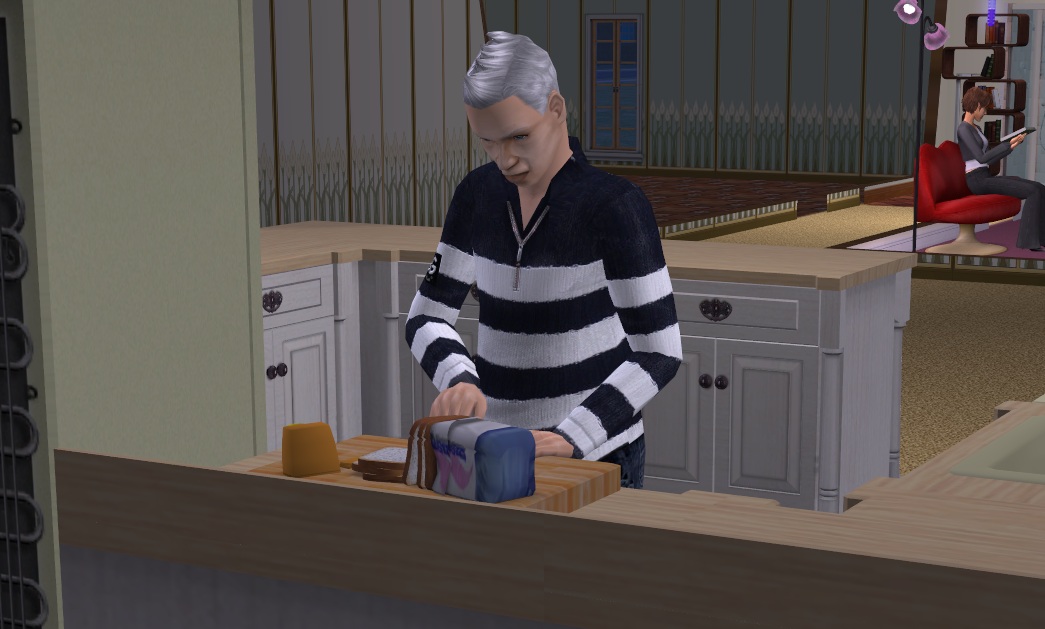 Cristopher has two hobbies. One is cooking Grilled cheese. 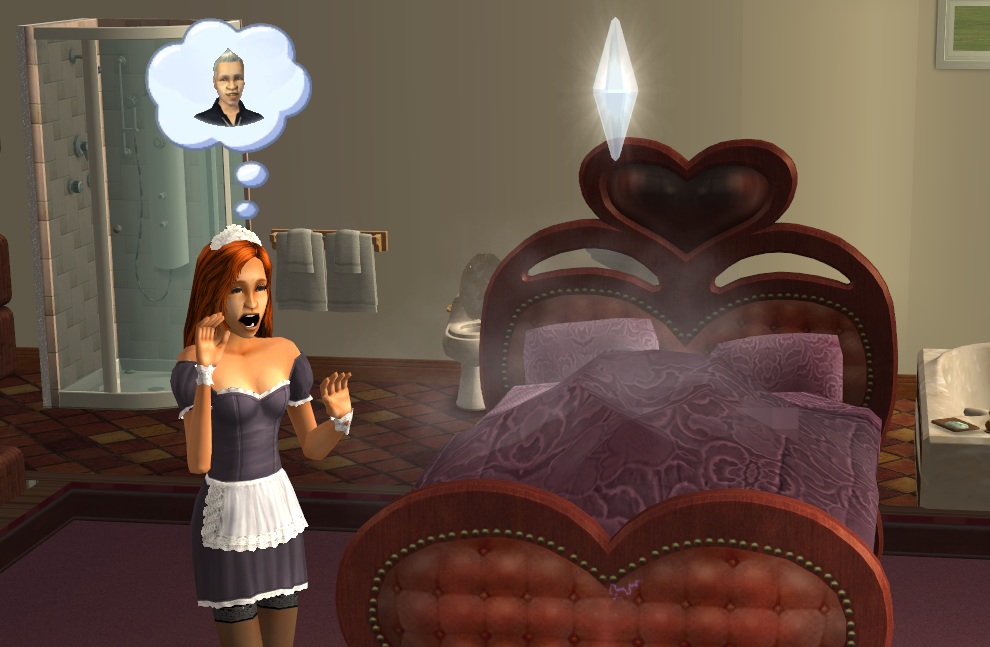 The other is woohoo. That one he shares with Annika. Gerd Hanby, maid/lover is chocked but tolerant. 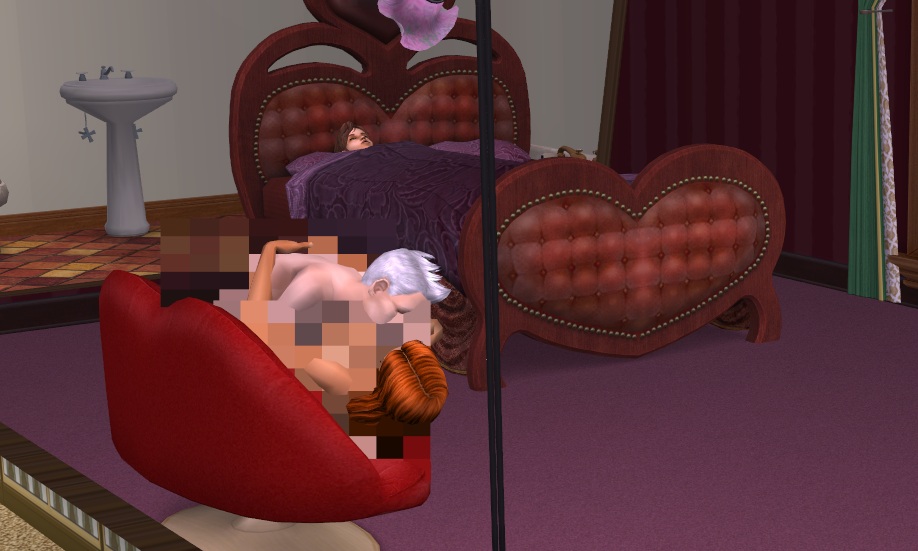 Annika is not even chocked, but calmly goes to bed in the same room as in which her lover makes woohoo to another one of his lovers. 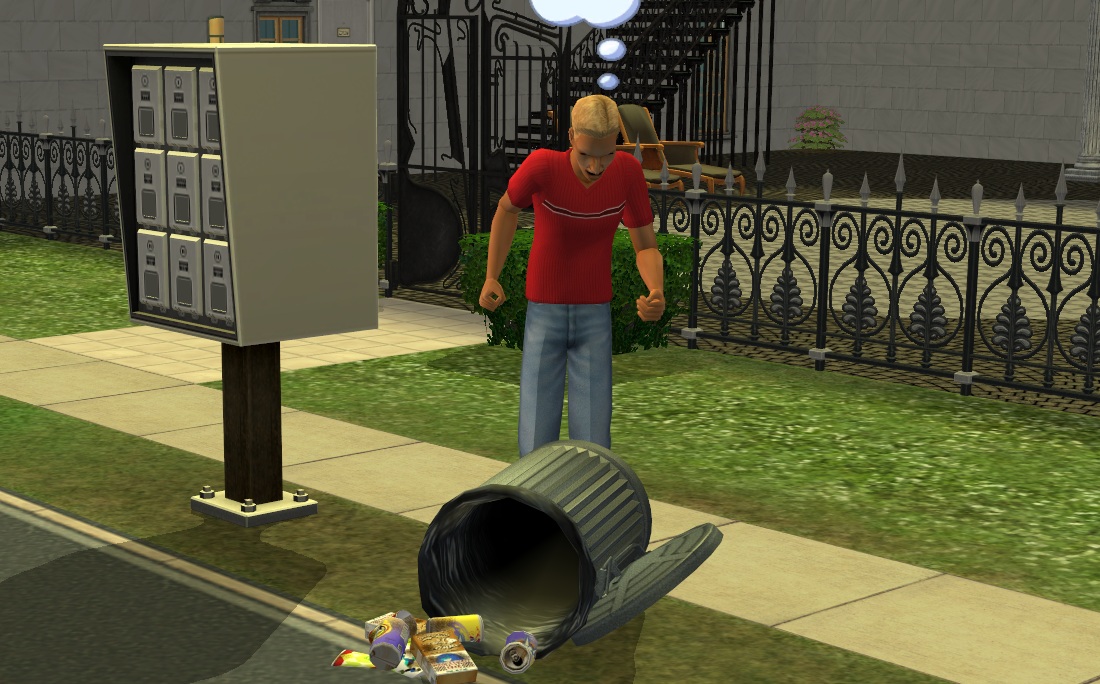 But outside, the less tolerant son/ex-lover is kicking over the trashcan