Previously at Roteberg, Wilhelm couldn't find a Slacker job. Susanne wrote the 6th novel about Dr Susanne. Patrik was forced to resign as Mayor over a real estate affair. Robert and Niklas grew up to children in pirate hats. Monica got pregnant and Marie was born. A lot of secondary aspirations were claimed. 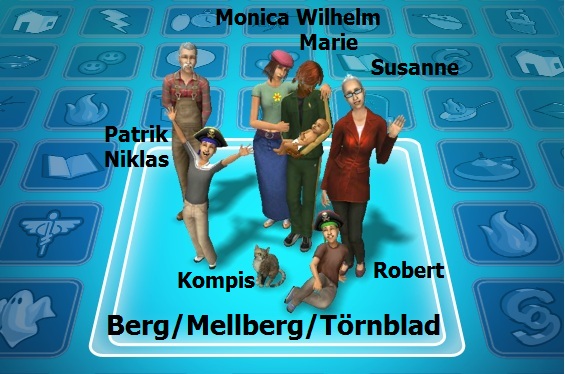 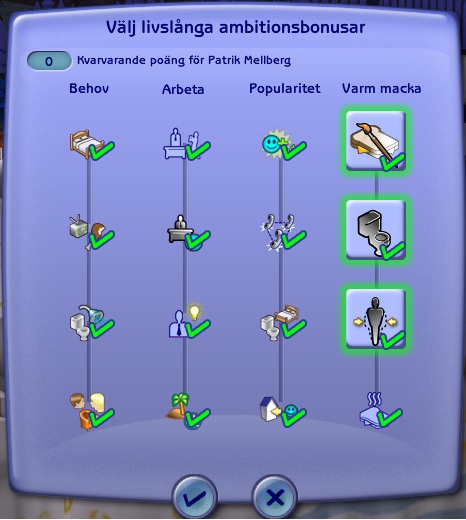 We start the round as many before with a full aspiration panel. It’s Patrik, the former mailman’s turn. 3p! 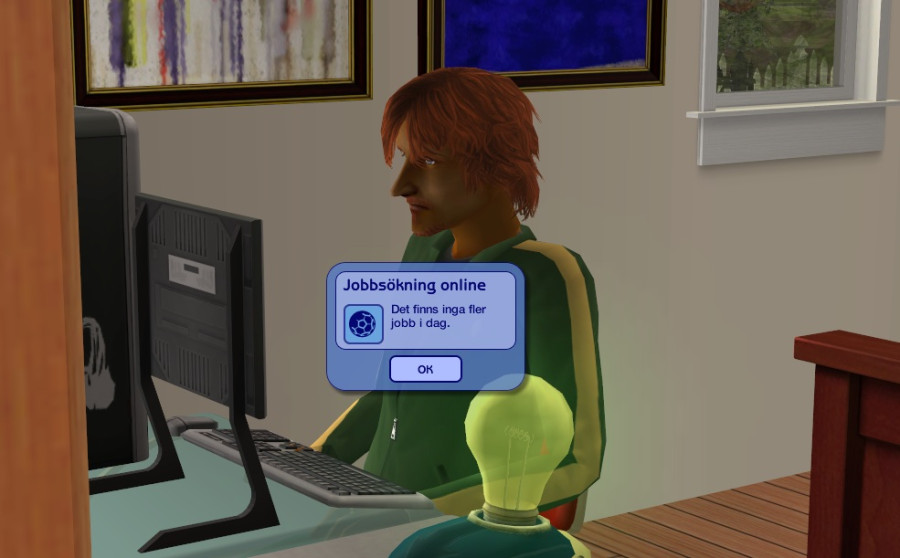 Wilhelm has a new LTW, to become a Professional Party Guest, but cannot find an opening. Still! He looked all round last round too. 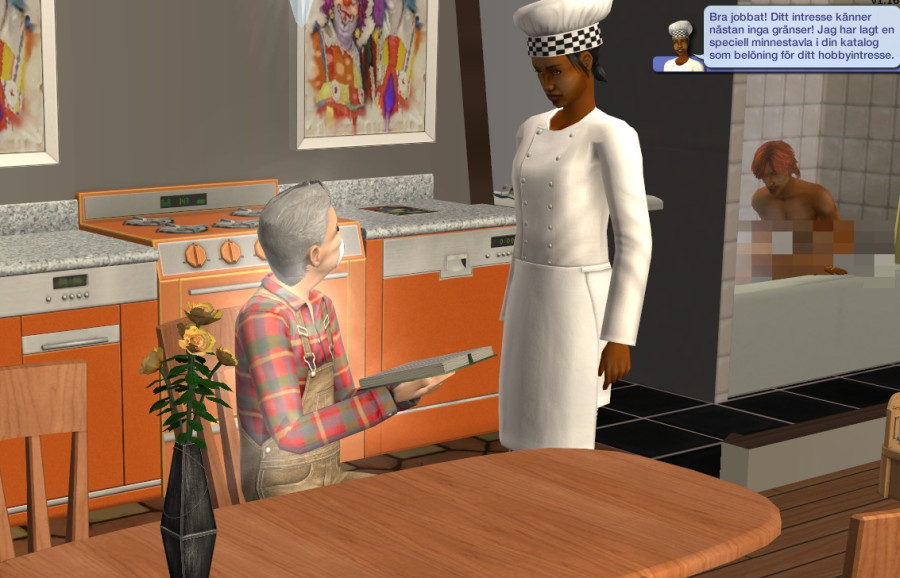 Patrik has had a great interest in the Culinary arts lately, and today he reached max enthusiasm and earned a plaque. 1p! 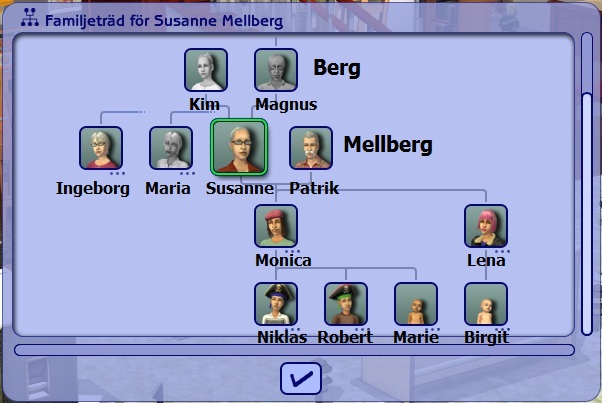 We’re at Roteberg, the fourth of five original houses. It’s inherited down the Berg line. Founder Magnus married Kim Thulin and had two daughters apart from generation 1 daughter Maria who moved out.
Susanne inherited the house and had two girls with the mailman. Later they got married so her name is Mellberg.
Monica inherited the house and had twin boys Niklas and Robert with Wilhelm before they got married, so the boys have the last name Berg and will inherit the house. Baby sister Marie is named Törnblad, since her parents got married before she was born. 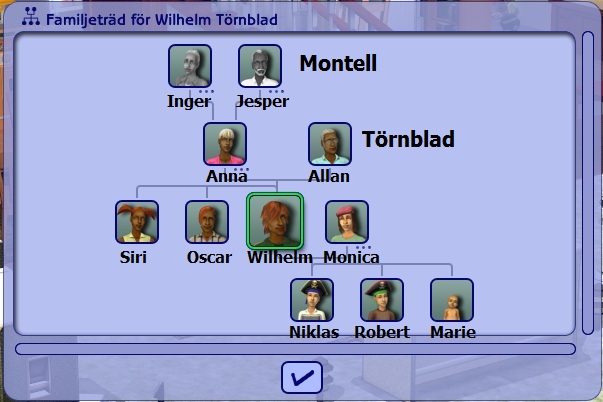 Wilhelm is part of the vast Montell clan, but has the name Törnblad from his father. 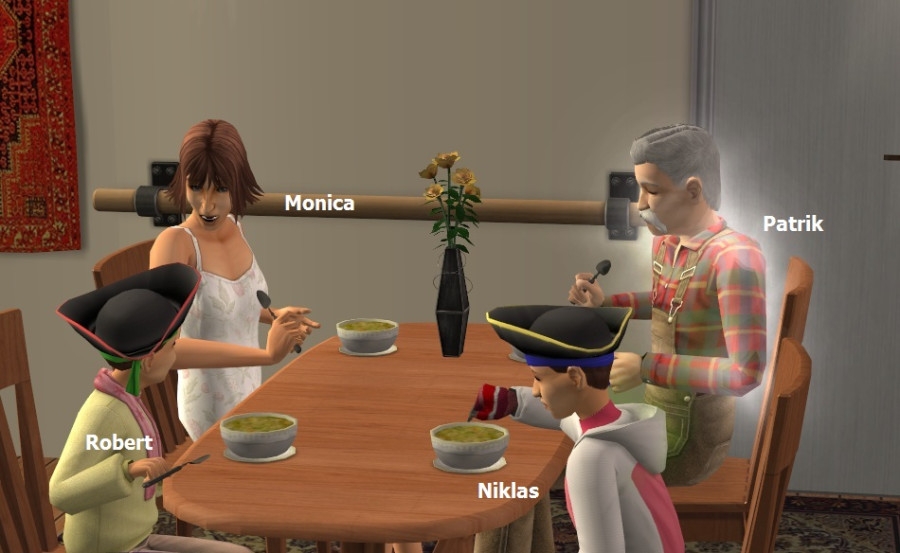 Monica is a stay-at-home mom and serves her boys and her father comfort soup after school. 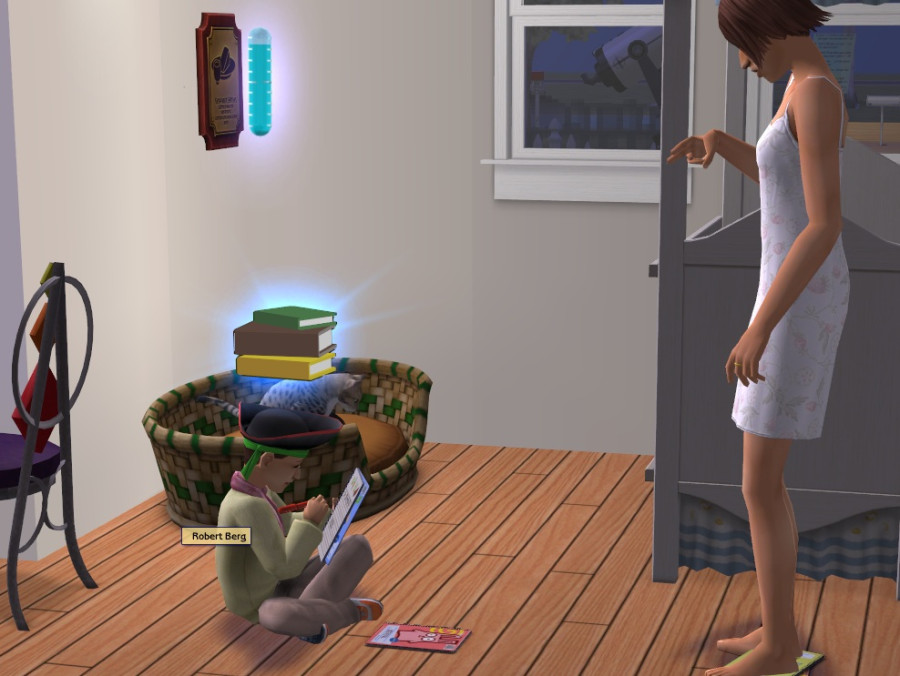 It’s also Monica’s job to see to the homework. The house is very crowded and needs to be expanded 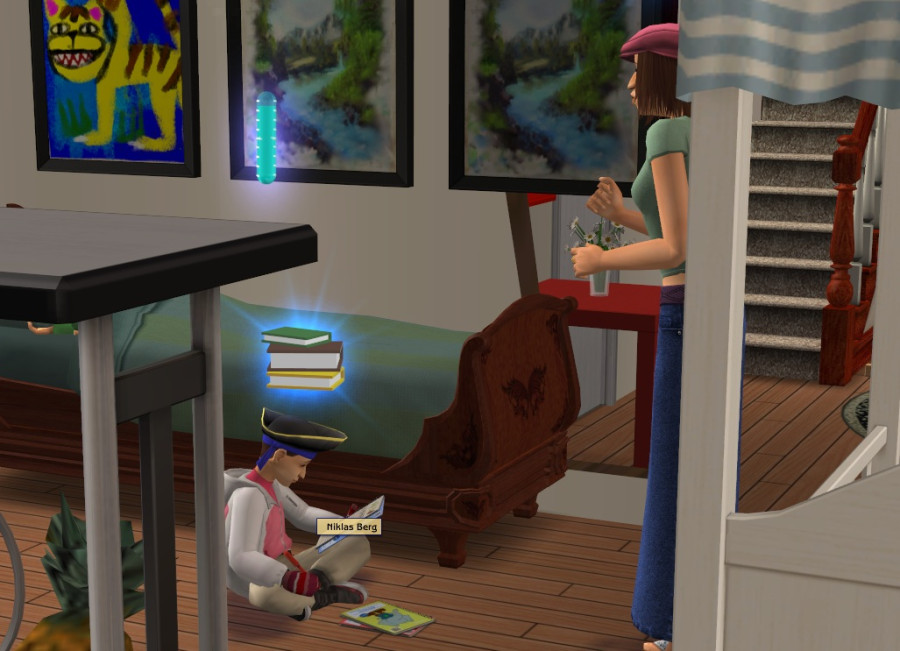 Both boys learn to study, and the room has been changed and redecorated a bit 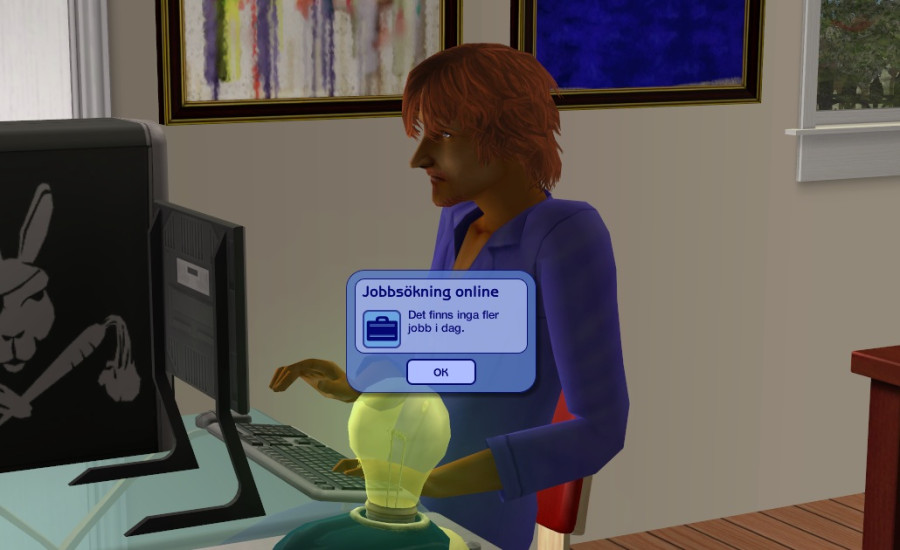 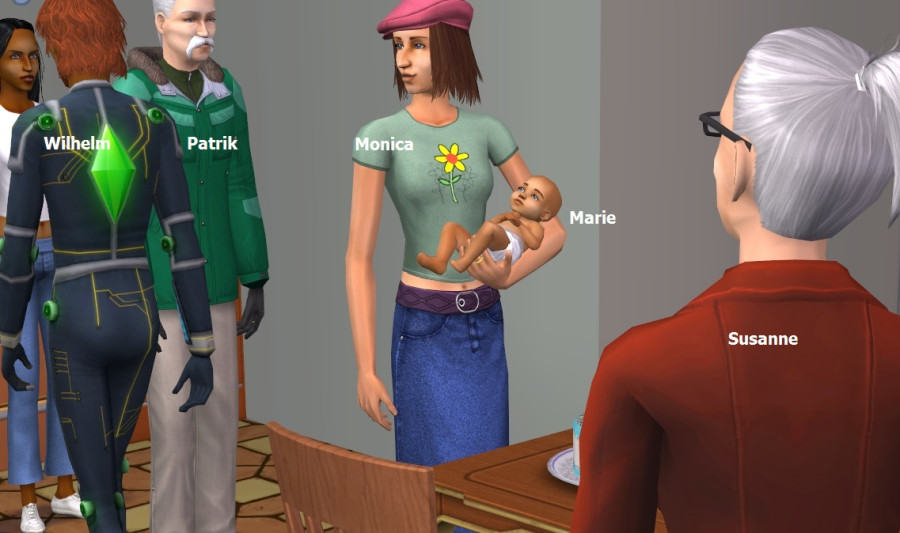 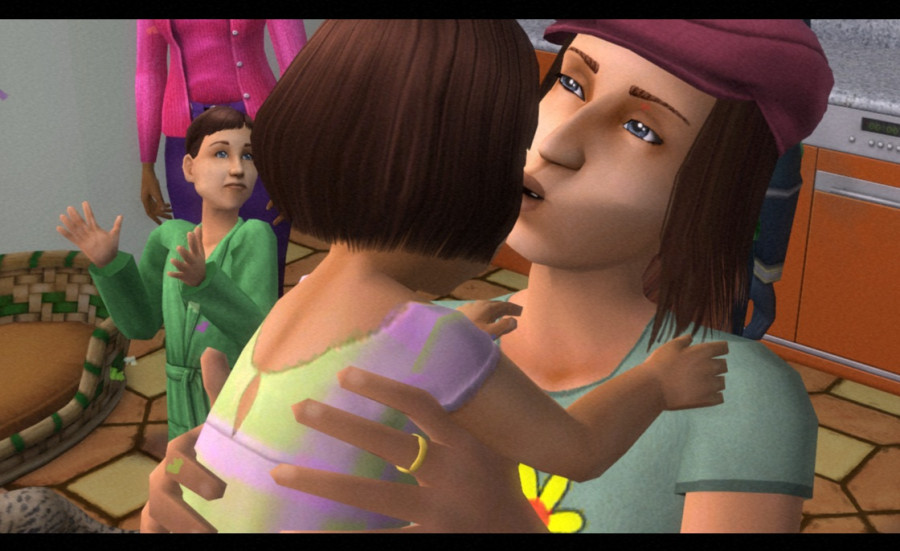 Let us look at you! 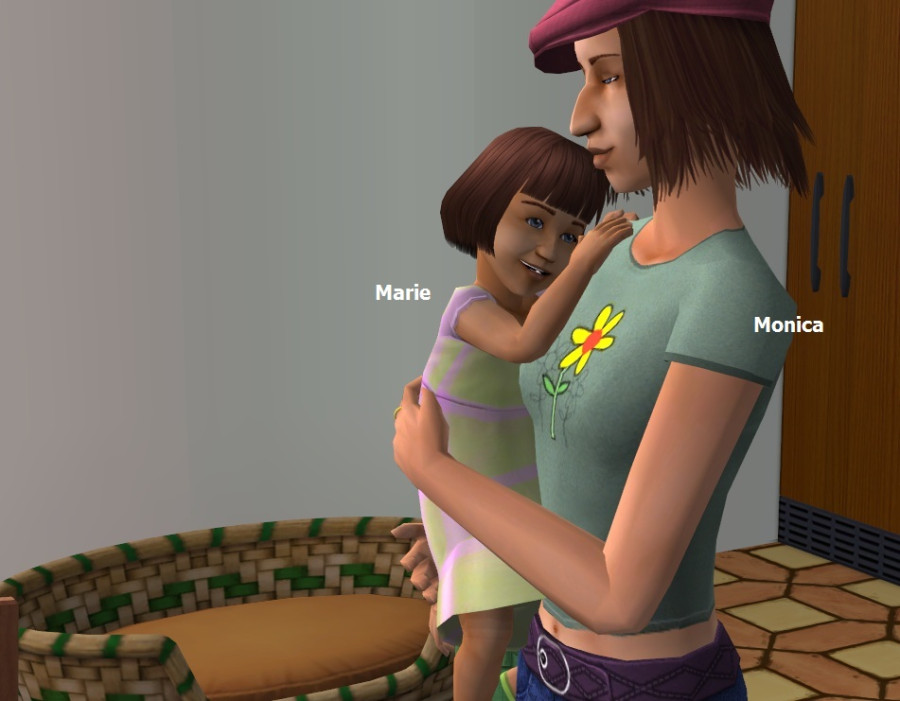 Here’s a better look at her. It’s also evidence that the cat has moved to the kitchen
Marie is an extremely neat and very active Virgo. 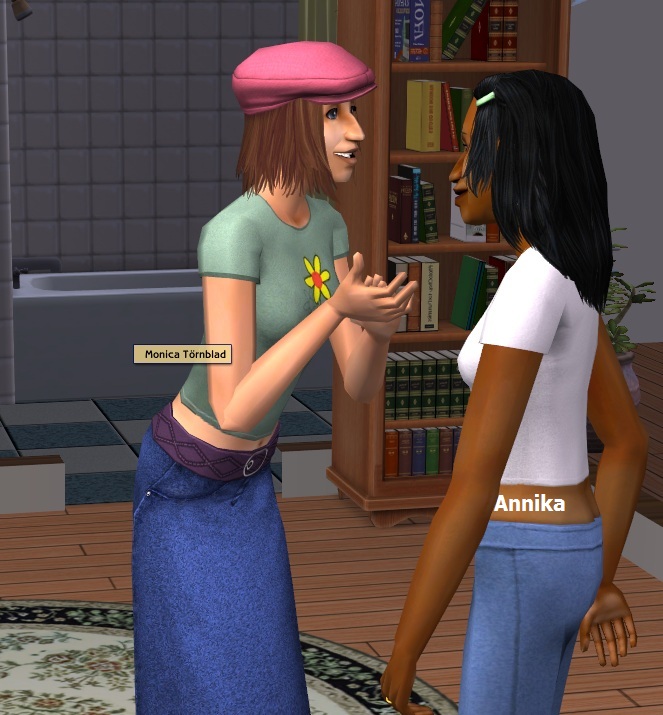 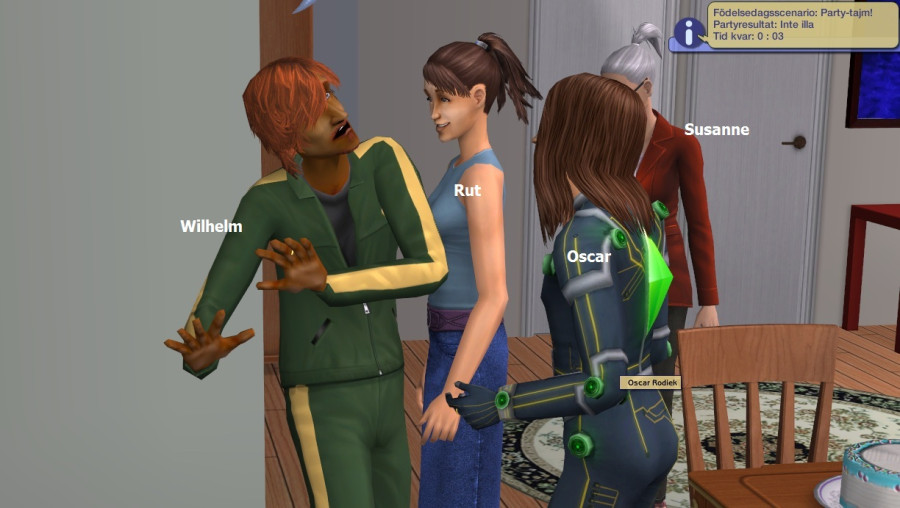 Wilhelm is becoming friends with Oscar rodiek who is not related to this house at all. 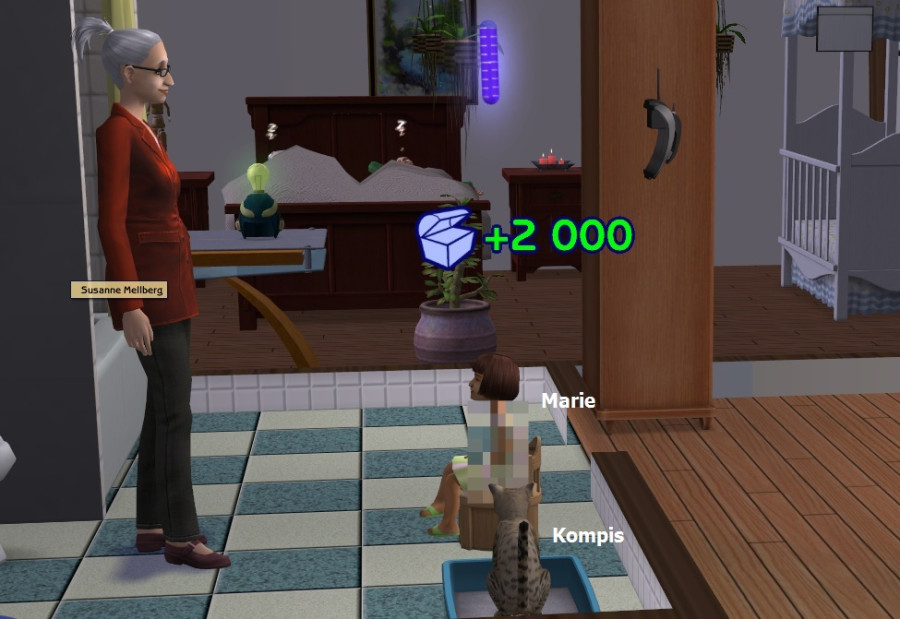 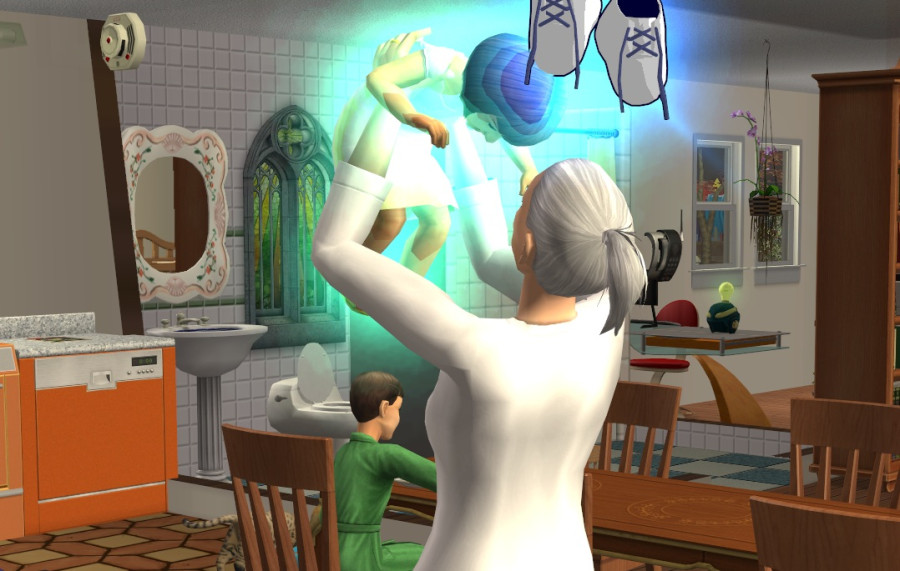 Mormor also teaches her to walk 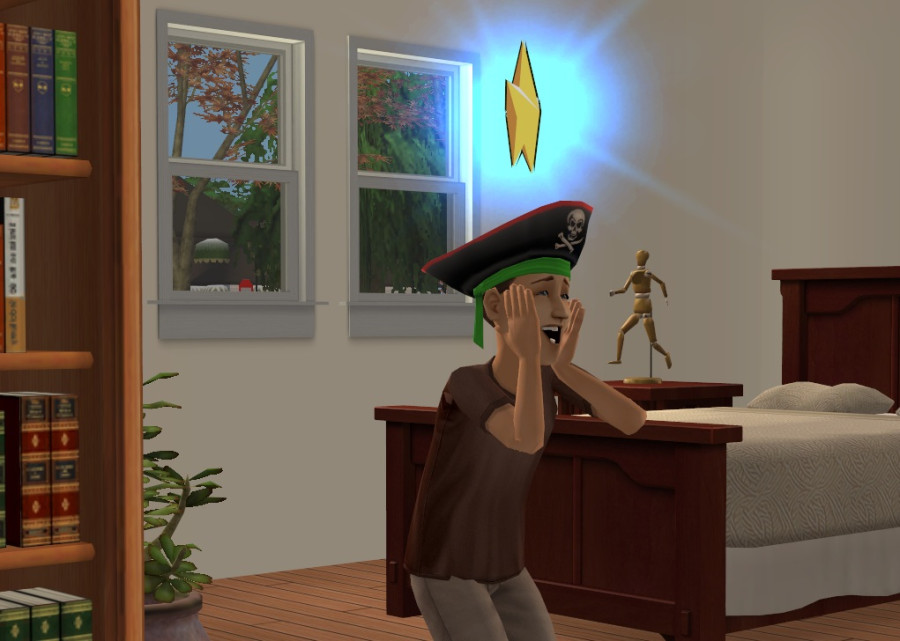 Robert and the simGodess are equally amazed over his good grades. These two boys are very hard to keep happy. 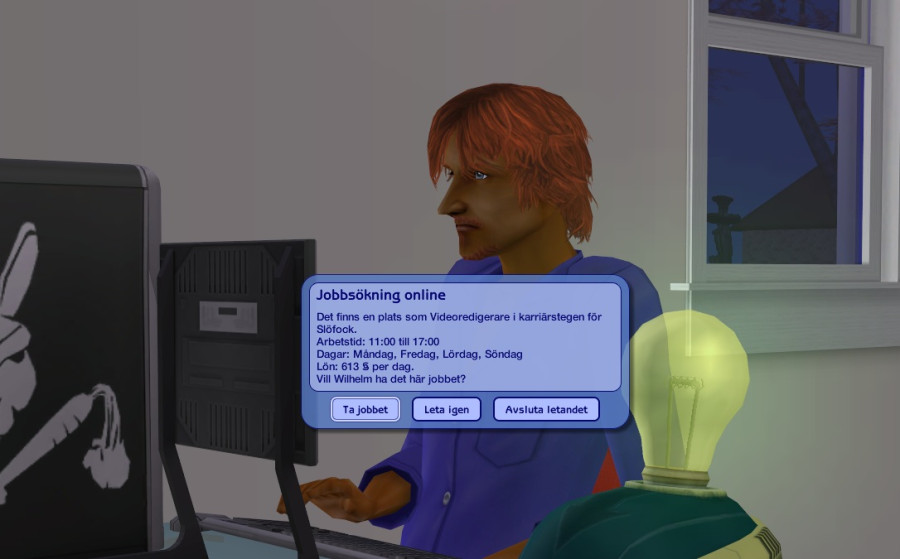 Wilhelm finally finds a job in the Slacker career as a Home video editor. 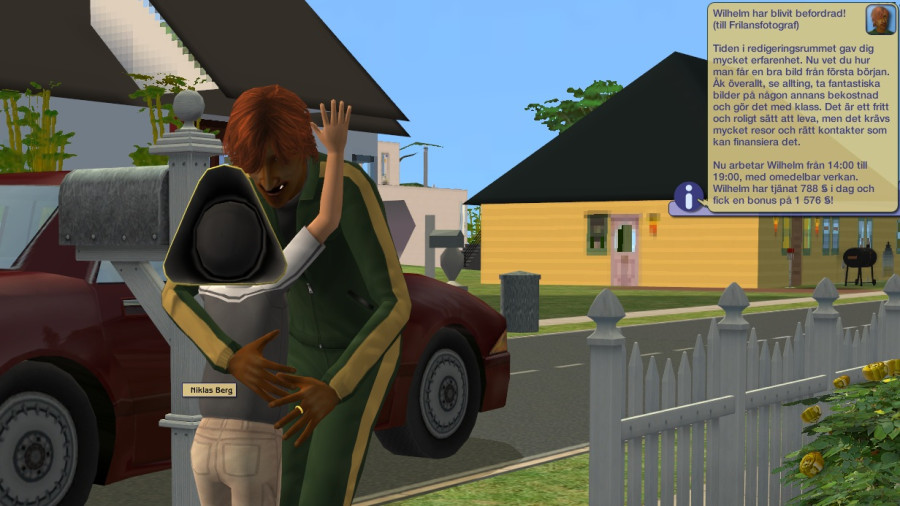 Already on his first day he gets promoted to Freelance Photographer Don’t remember why I took this picture, but it is a picture of how this house looks a lot of times – pretty calm and relaxed even though there are many inhabitants. 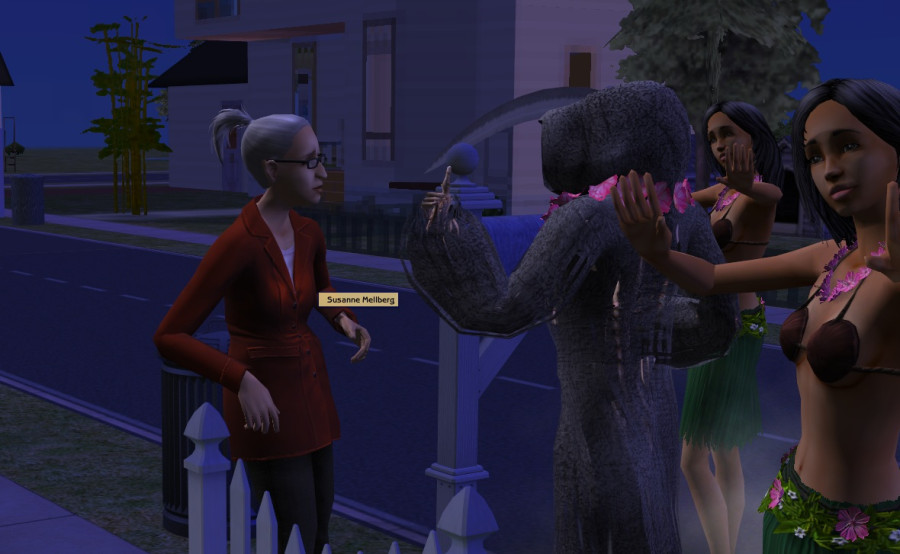 However, there will be one less from now on. On June 7th ’96, the day before her 80th birthday, Susanne dies. She had a fulfilled life and leaves in platinum. 1p! 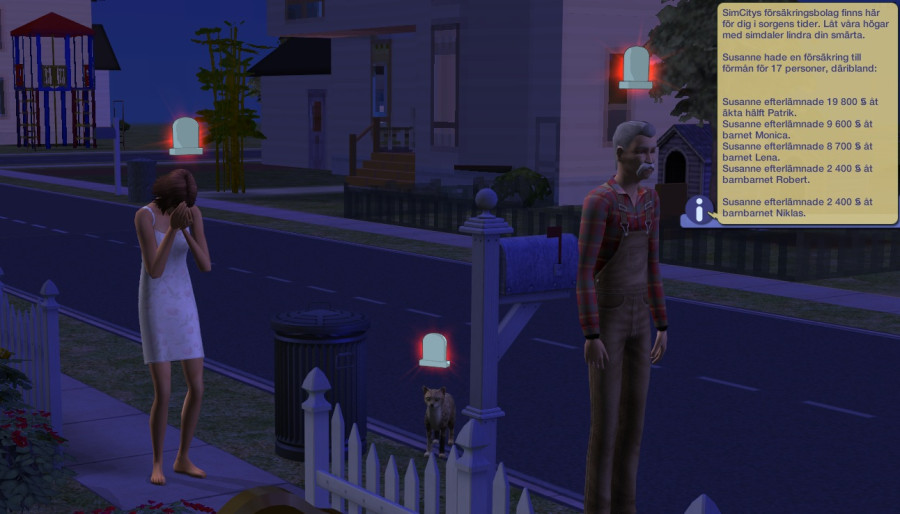 It’s a hard blow for the family and even Kompis is very sad. Susanne had a lot of family and friends, though and big insurance payments are paid. She had full influence at death, so we get another point for that.