Previously at Hamre, Sebastian and Rut moved out. Hedvig was pregnant and gave birth to twin boys Stig and Claes, who grew up to toddlers. Hedvig started a career in Culinary and a garden. Christoffer was straying from his marriage and continued his career in Athletics. 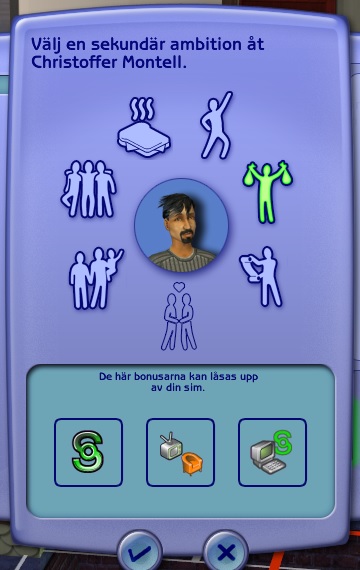 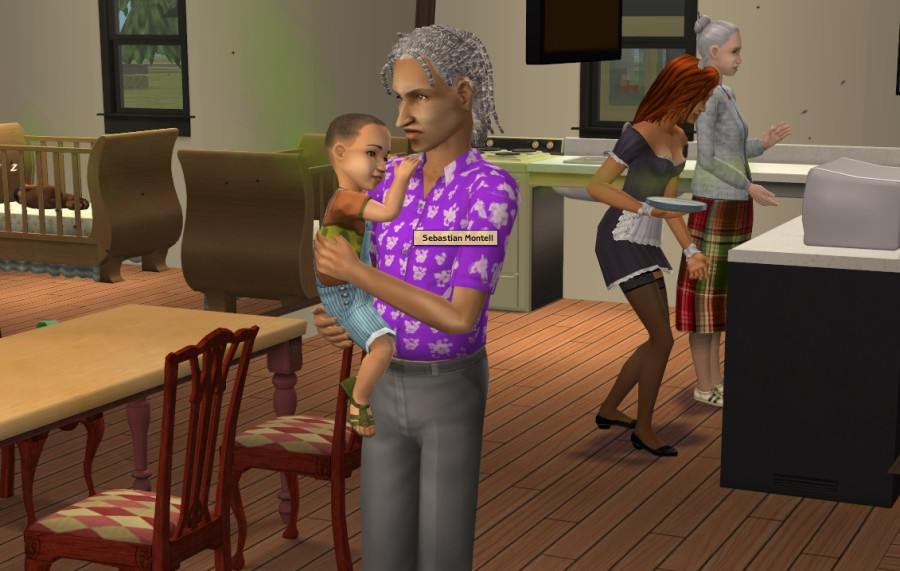 While Christoffer and Hedvig work, Farfar Sebastian lets himself in to visit his grandsons. Here it’s Stig. 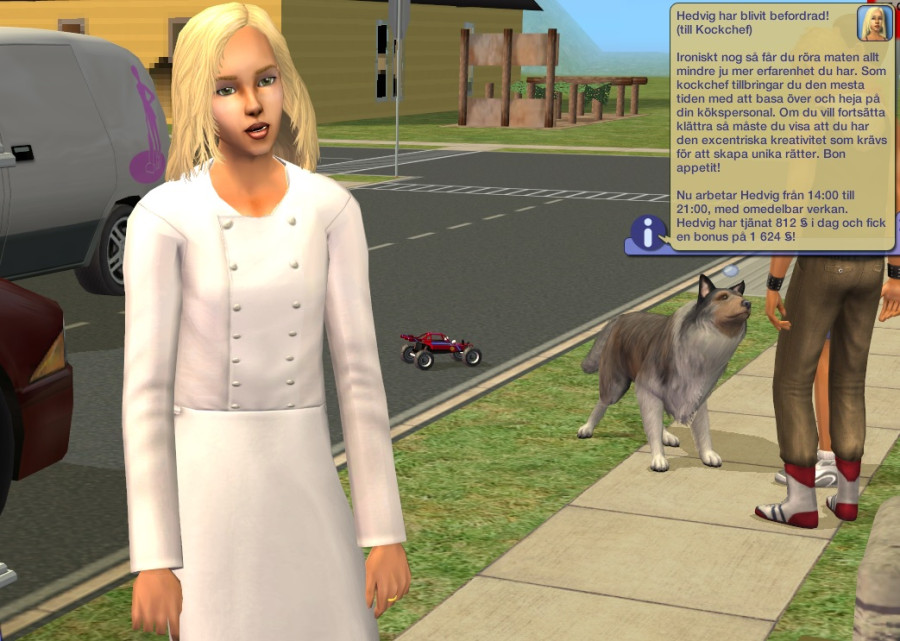 Hedvig comes home promoted to Executive Chef, but looks bored. She often does, it’s very hard to keep her happy. 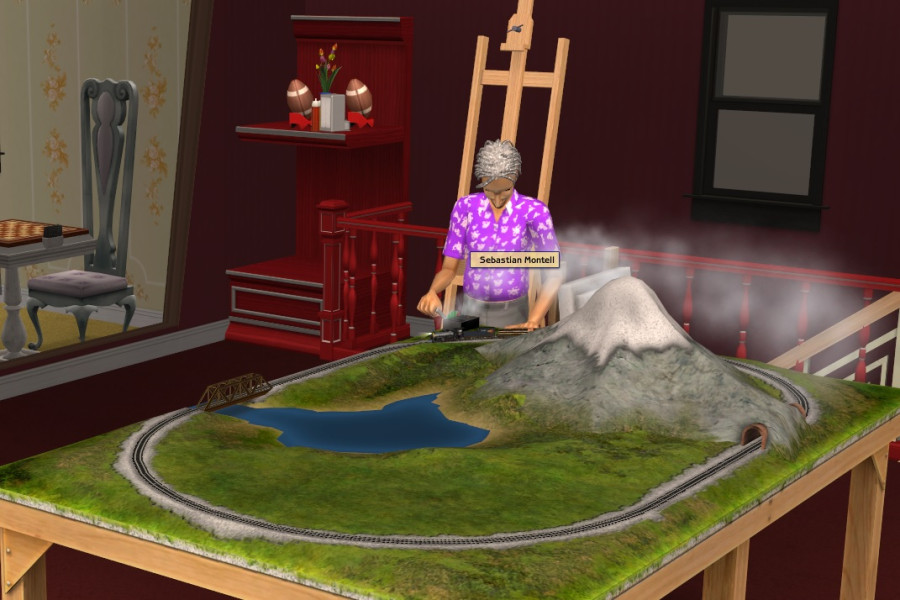 Upstairs, Sebastian plays with the toy train set that killed his first wife Lotta, Christoffer’s mother a long time ago. 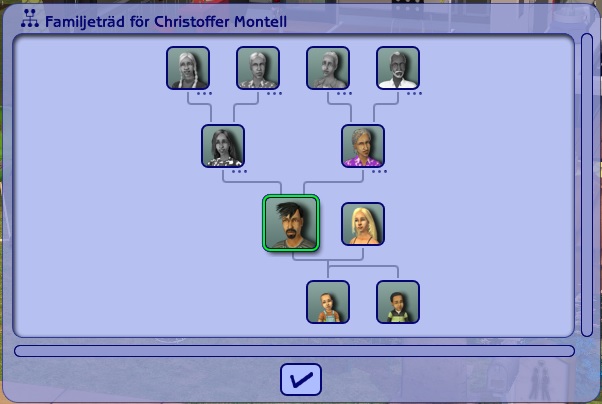 Christoffer has a really small family – only his father, his wife and sons 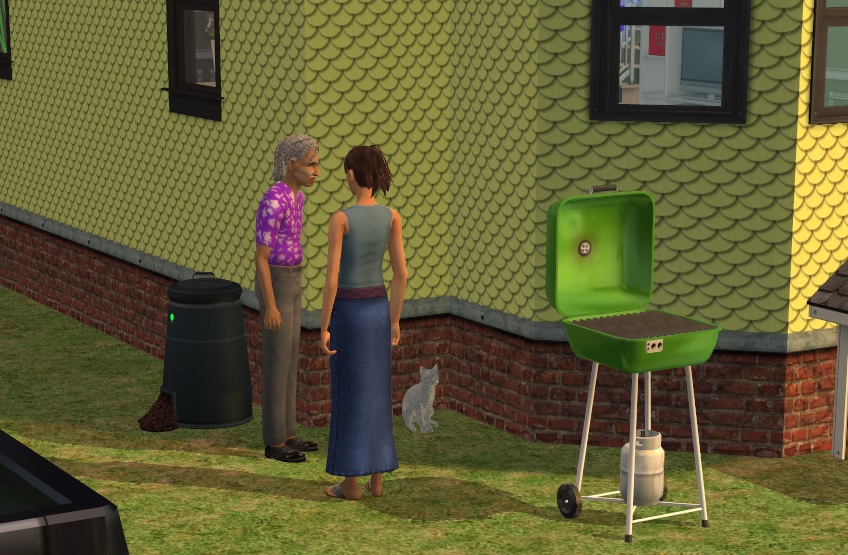 Therefor, Family Sunday is an extremely small affaor. Only Sebastian and his live-in girlfriend Rut Mattsson are invited.
Since Christoffer and Hedvig work most of the day, nothing really happens 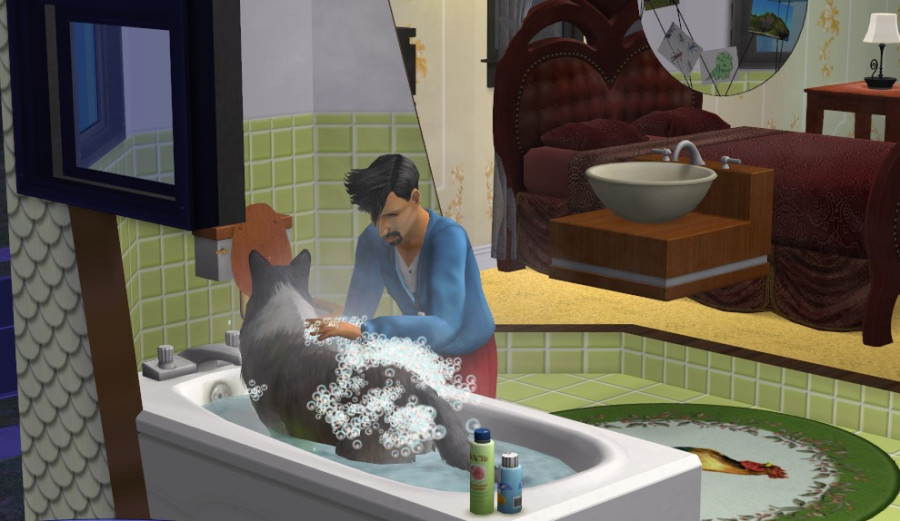 When he comes home, Christoffer spends some time with his ancient dog, who learned to come ”Here” by Christoffer’s cousin Gustav at our last lot. 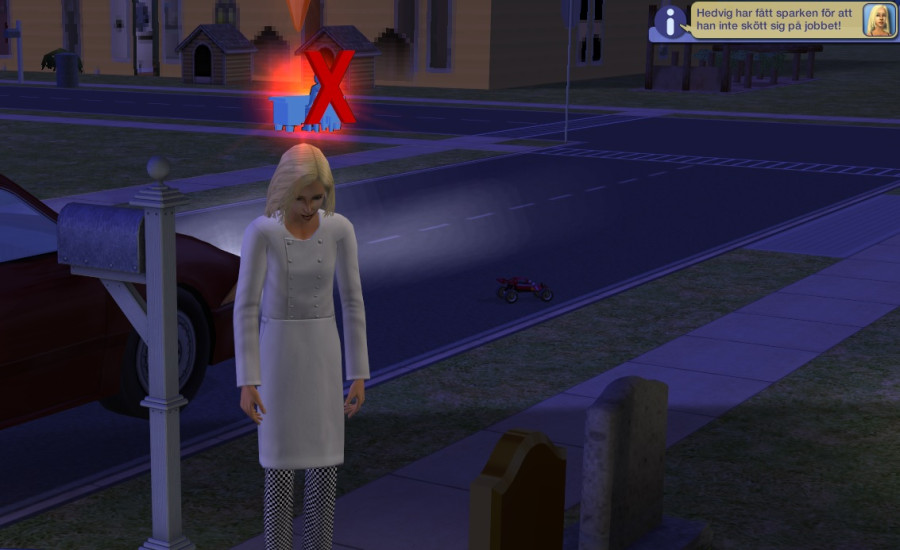 For the first time since the generation 1 teens got fired from their parttime jobs due to bad grades, a sim gets fired for poor work performance. It happens to Hedvig on Monday. I told you she’s hard to keep happy! –1p… 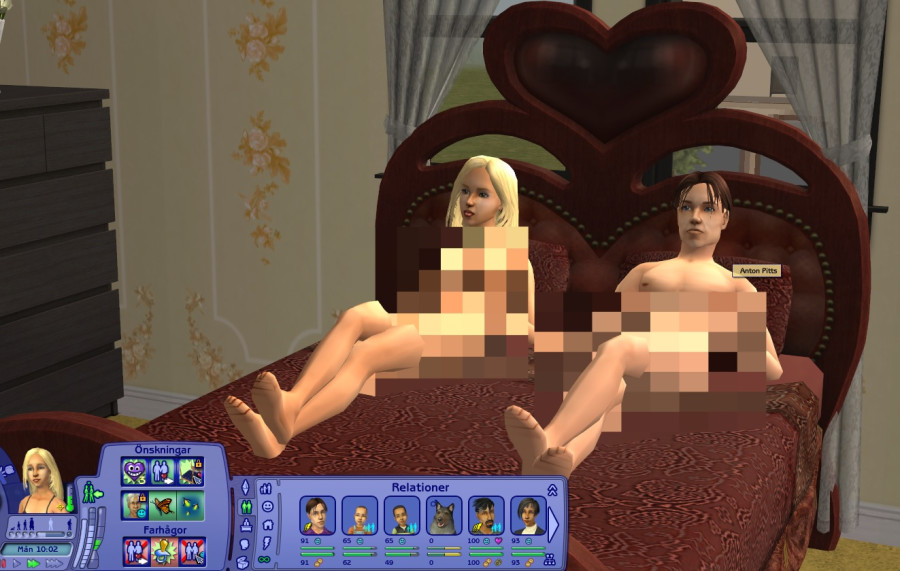 The naughty SimGodess then tries to give her other things to think about and gets her to invite Anton Pitts, a college friend for some fun. It all starts well. 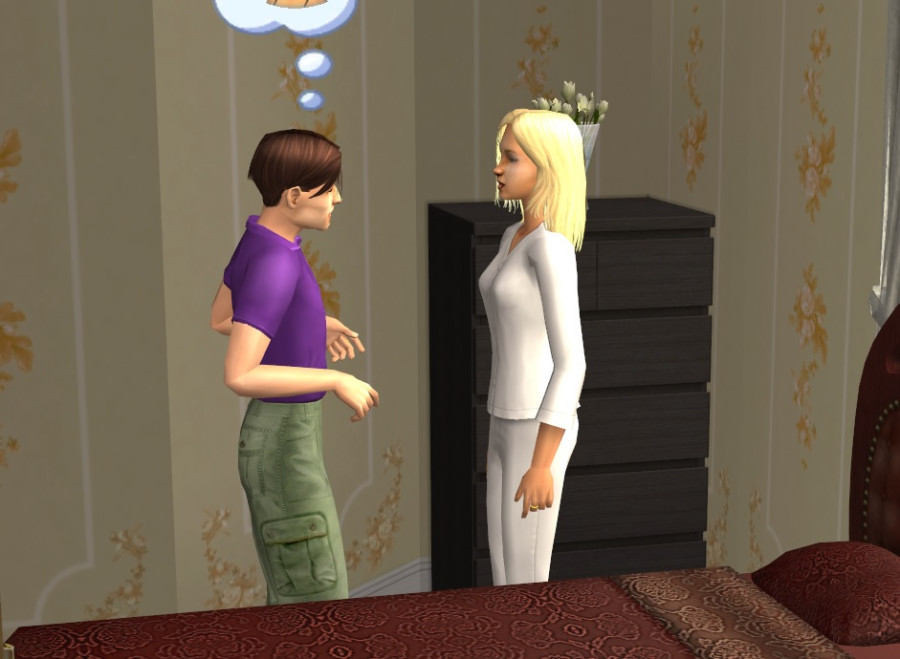 But soon they are out of bed, without going anywhere. Ok, I won’t force you! 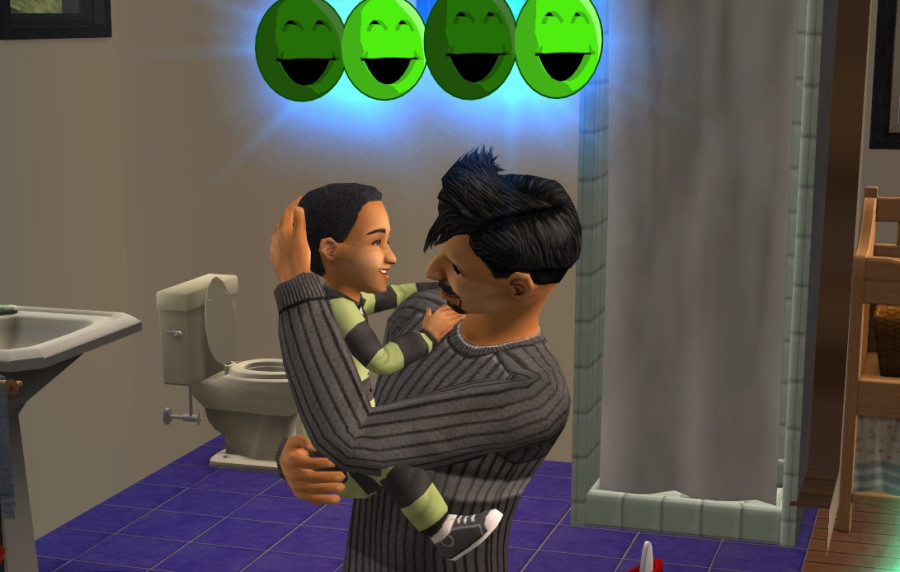 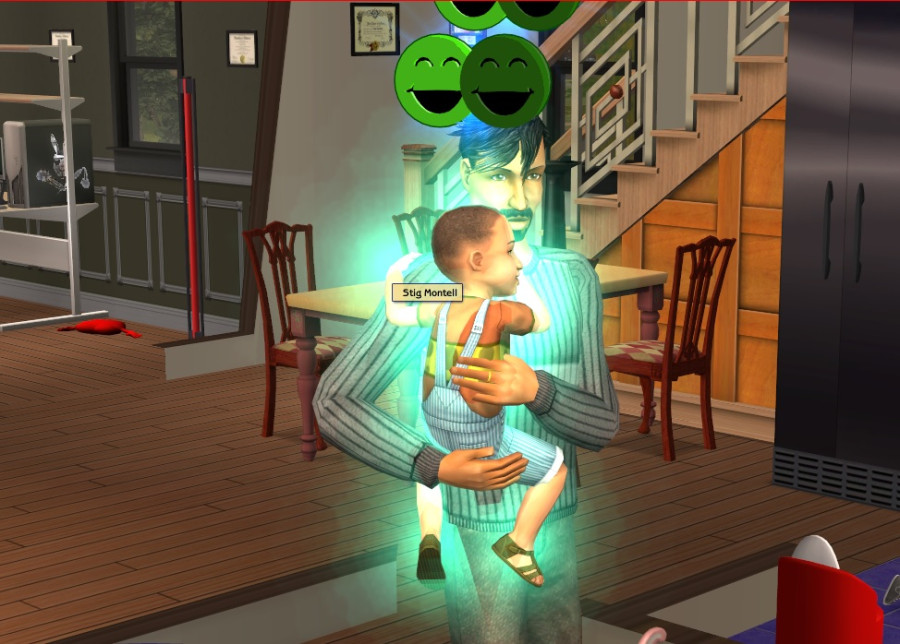 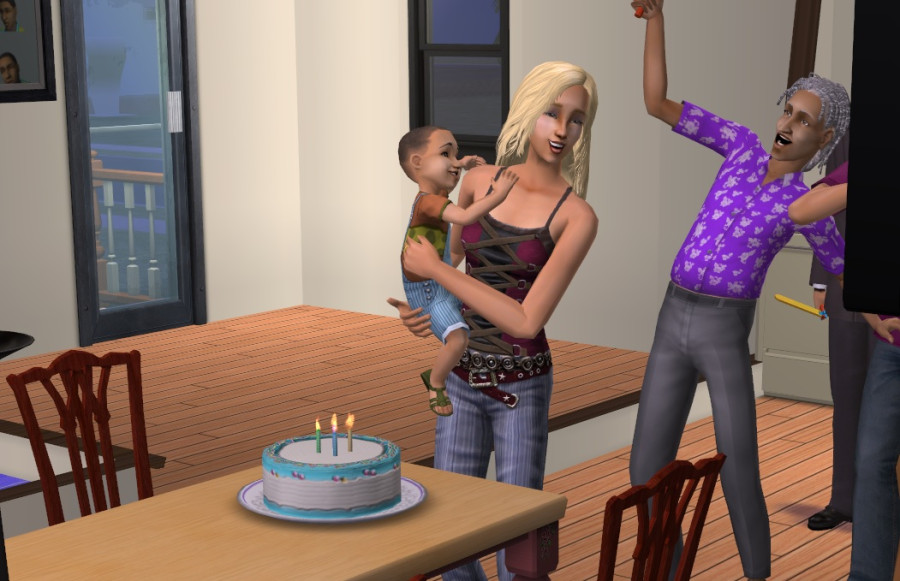 Then it’s birthday. The room behind the kitchen has been emptied in preparation for the boys to grow up 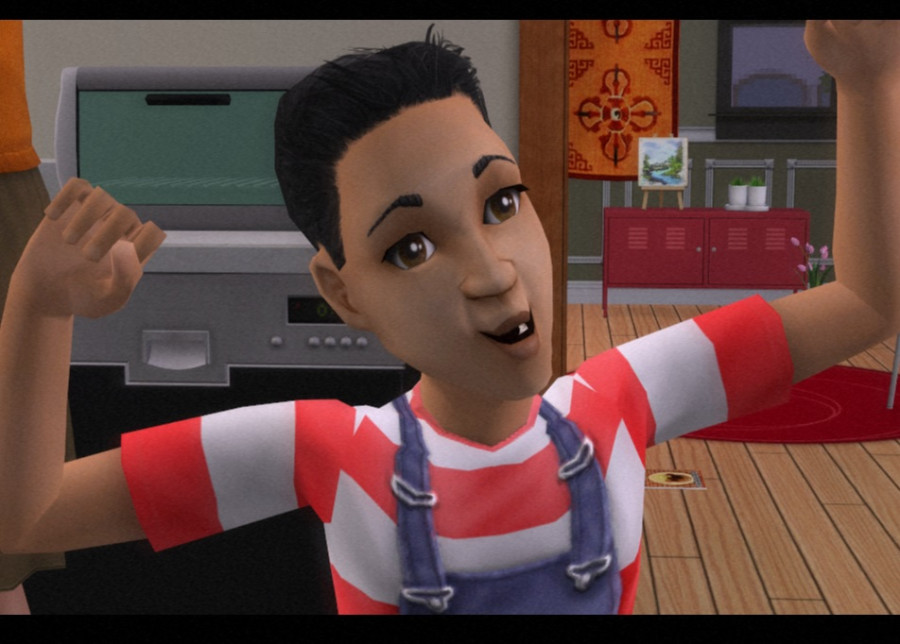 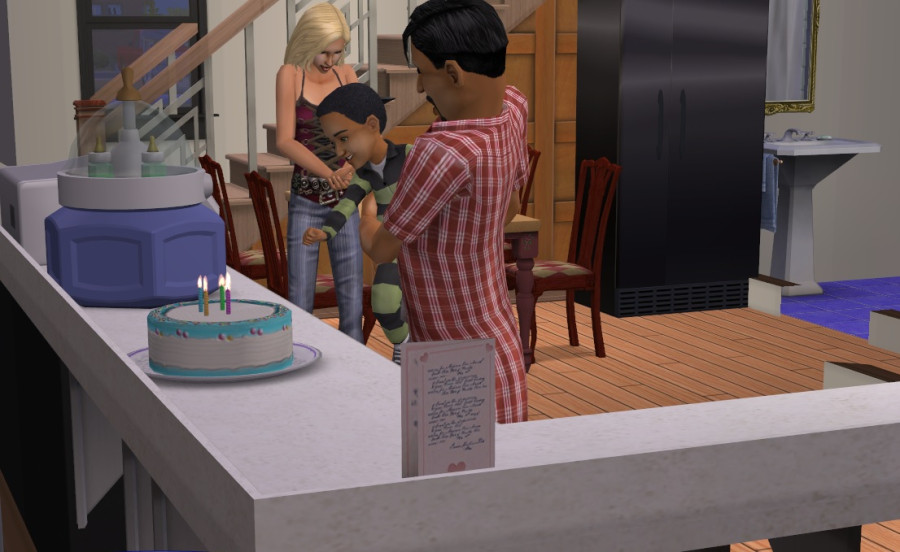 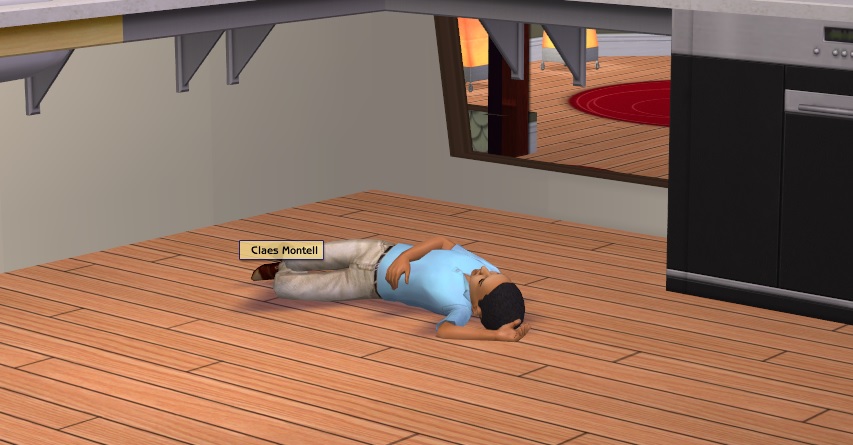 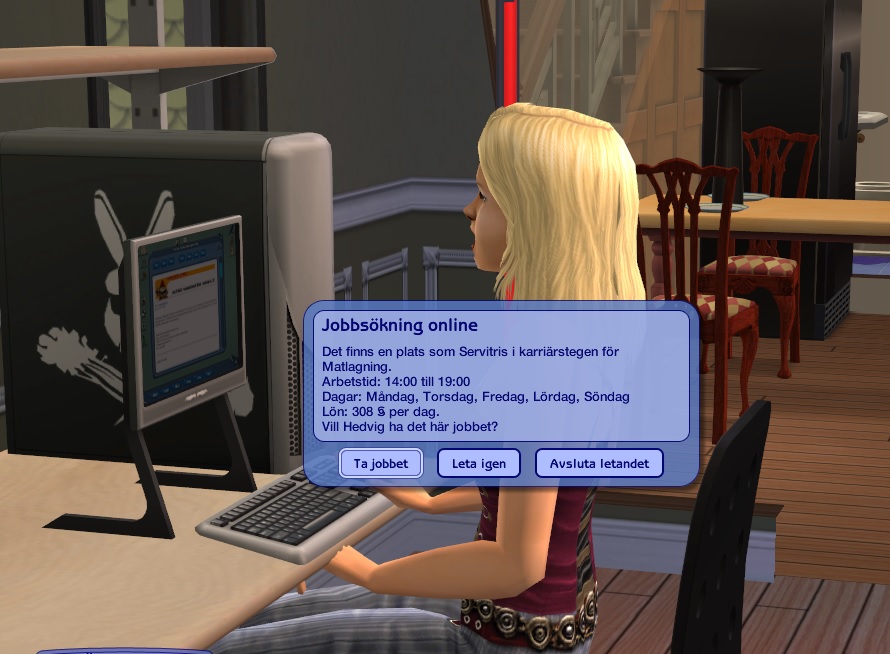 Now when the boys are older, Hedvig restarts her career in Culinary and accepts a job as a Waitress. 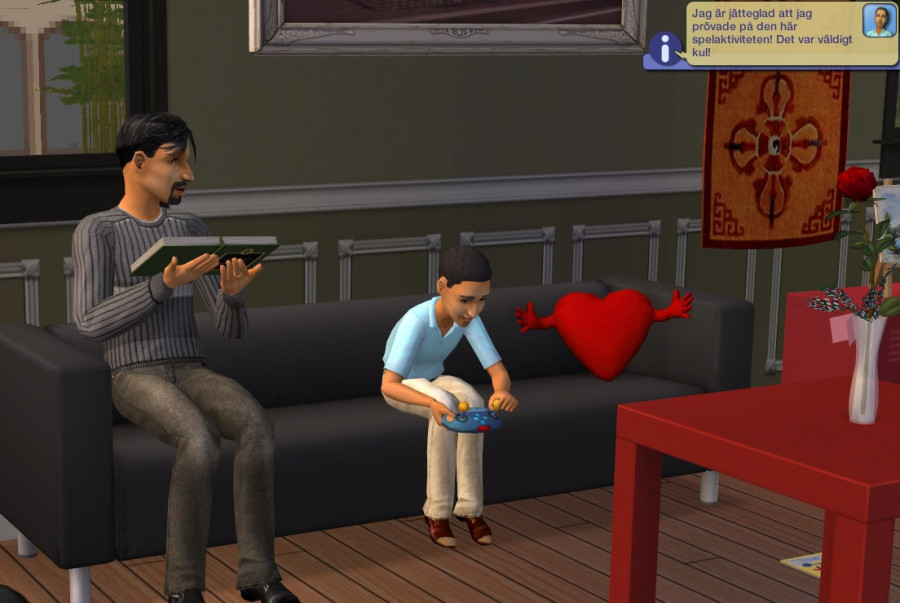 Claes finds that his preferred hobby is games 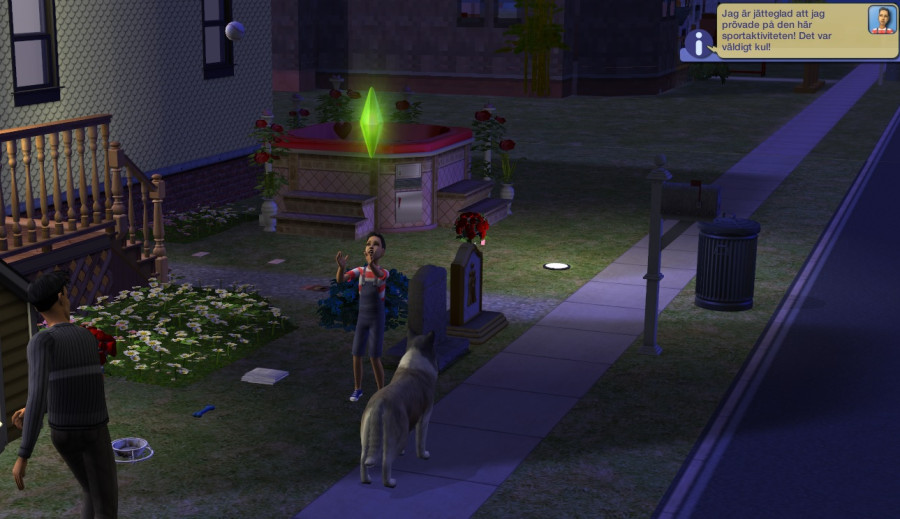 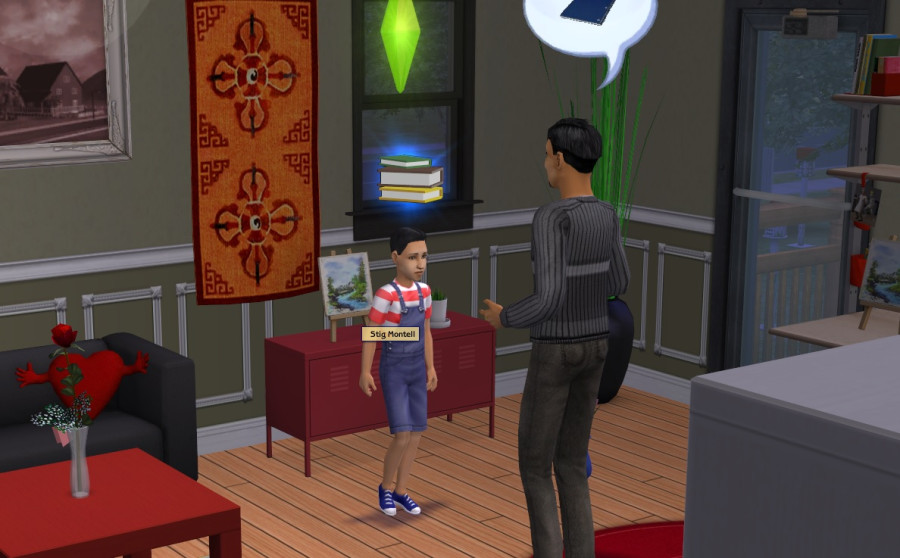 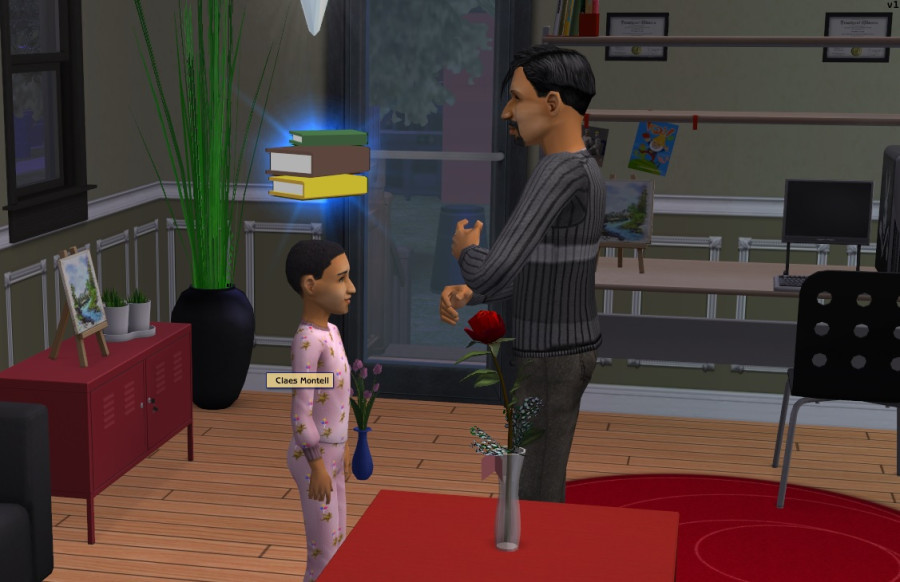 Both boys learn to study 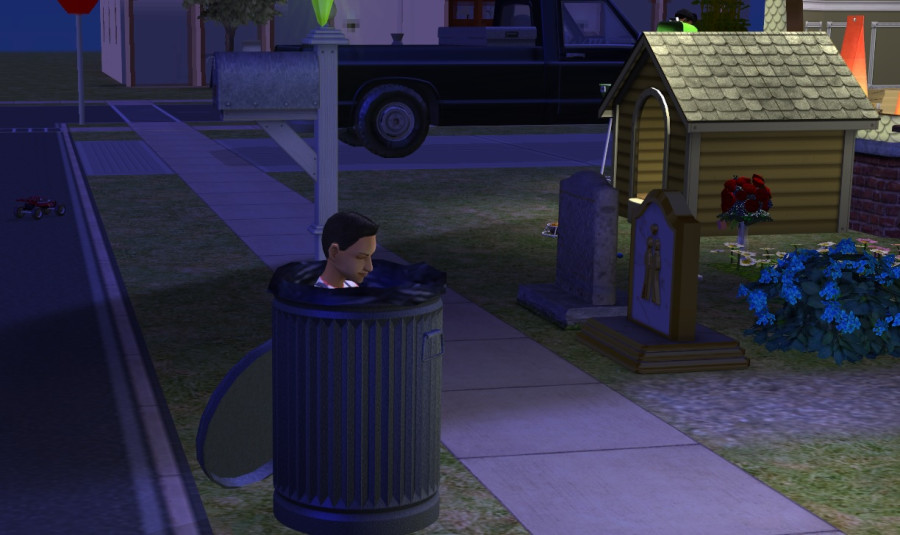 !!! Another thing I never saw in my life – I think not even in anyone else’s game – Stig suddenly lifted the lid off the trash can and jumped in. When checking what he did, the activity bubble says “Eat”. Eew! 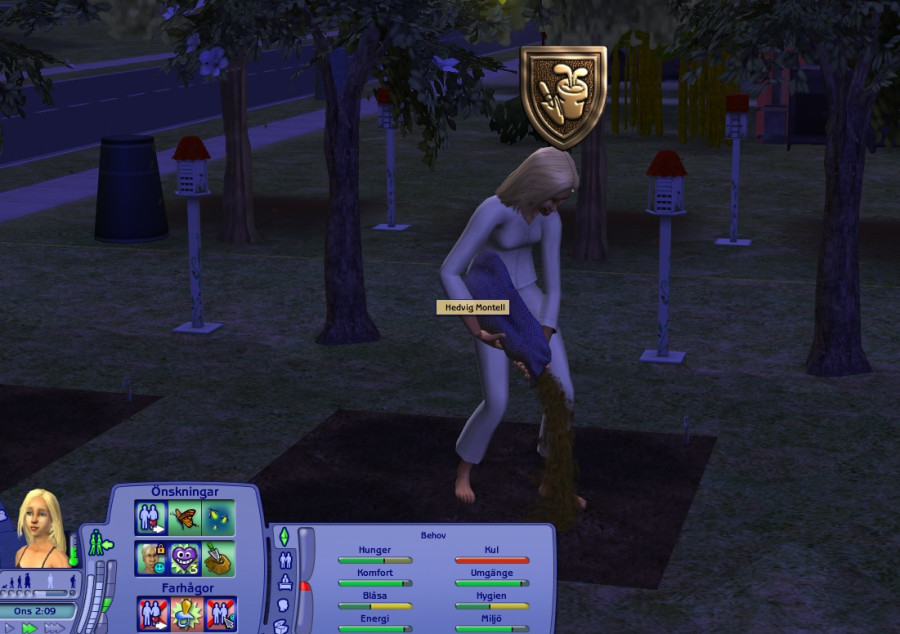 And the last picture is for Hedvig, who is still very hard to keep happy. However, she wishes to work in her garden and plant a seed, so fertilizing is in order, and she gains her bronze badge in gardening.