Marie was born as generation 4, daughter of Monica Berg and Wilhelm Törnblad. She's got brown hair and dark blue eyes with a dark skin tone. Her aspiration is Fortune and her LTW is to become Chief of Staff. She turns on from jewellery and special hair, but turns off from stench.

Her sign is Virgo and personality points are as follows: 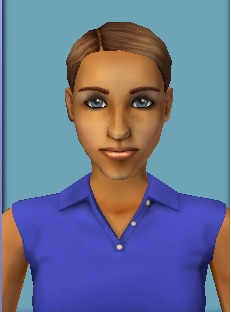 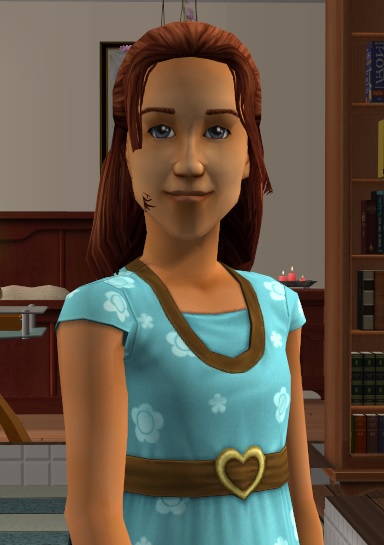 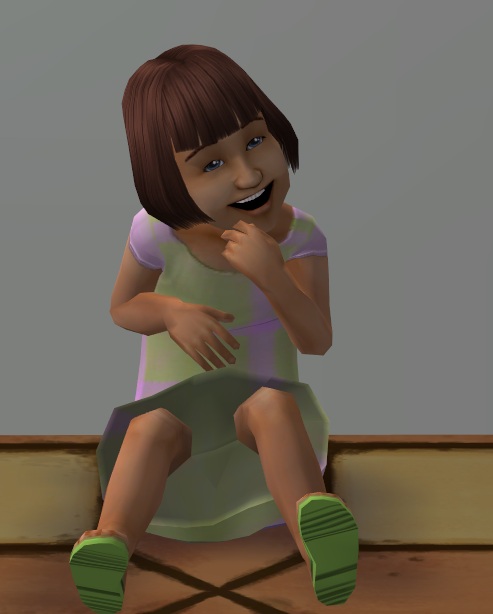 Marie has the traditional Berg look

Previously at Roteberg, Wilhelm moved in to live with Monica. Susanne released her 5th book about Dr Susanne, which was a bestseller. The sensational boy twins Niklas and Robert were born and later grew up to toddlers. Monica and Wilhelm got married after the birth, why the boys have the last name Berg, which is needed of the heir of Roteberg.
Patrik became the Mayor of Mattsmyra, Susanne became a Rock God and Wilhwlm a Game Designer.