Previously at Myren, Rolf and Britta was dating as usual. Ulrika moved back home from university. She invited her fiancé Adam Wern to move in. Britta became a Professional Partyguest. Alva played with friends and grew up to a Popularity teen and got her first kiss from townie Glen. Lisa was born. 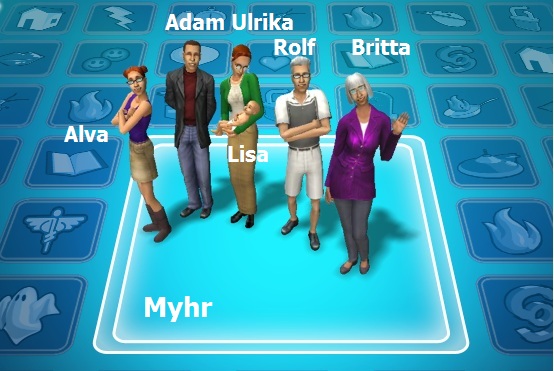