Previously at Myren, Adam reached the top of the Slacker career, then landed a job in Gaming, only not, since the game crashed. Rolf and Britta were dating and Rolf wished every time to fall in love with Ingeborg Wern, Adam's mother. Rolf chose a secondary aspiration of Family. Lisa had the glitchiest birthday ever, including five cakes, invisibility and game crashes. Alva did teen stuff. 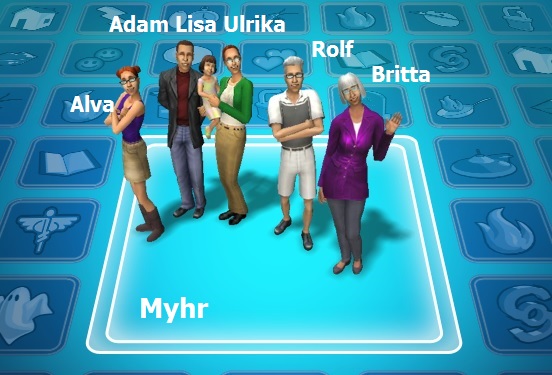