Previously at Tallåsen, Martin acquired a taste for Grilled Cheese and Melissa for Fortune. Martin's business at the minimall developed from level 3 to level 6. Irratic grew up and could jump up on the counters to feed herself. Sofie filled her aspiration panel. Melissa became The Law, started a career in Athletics and became pregnant by the end of the round. Måns played with the cats. 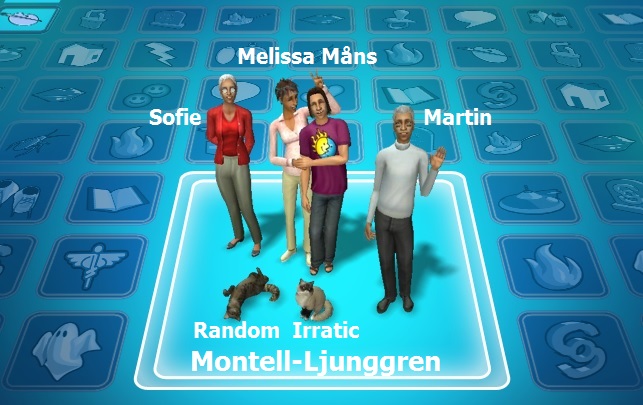